As much as we've talked about Canada's aging population, it's hard to appreciate it without seeing it in action 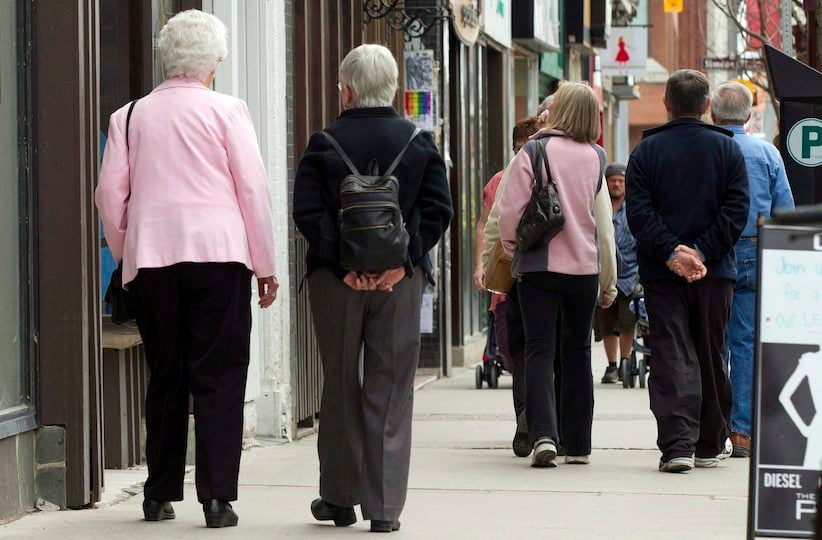 The moment Statistics Canada has warned about for the last decade is finally here: Canada now has more seniors than children aged 14 and under. To be precise, there are 5.78 million seniors compared to 5.75 million kids.

While we’ve known this was coming for a long time, the news is still a wakeup call, because so many of our assumptions about the future are built on outdated concepts about Canada’s population. For instance:

—Having fewer workers will hold back growth of the labour market (even if more seniors keep working) and act as a drag on growth.

—Fewer consumers and homebuyers will potentially reduce asset prices (i.e., if Boomers hope the price of their homes will keep rising to pay for their retirement, they could be in for a shock).

—Fewer taxpayers will make it harder for politicians to pay for their promises while balancing the books.

—We’ll need many, manymore immigrants to fill the gap, though even that won’t really help us.

Yet, as much as we’ve talked about the wave of aging Boomers, it’s hard to appreciate it without seeing it in action. Here, then is how Canada’s population has morphed since 1971. The gif, based on Statistics Canada population estimates, shows the number of Canadians of each age from year to year.

(Note: The oldest age on this gif is 89, because StatsCan didn’t consistently offer detailed population estimates for ages older than that over the full time period.)

While the wave of Baby Boomers flowing into retirement is obvious from the animation, the rise of the echo-boom generation (the children of Boomers) shows itself in the latter years, a reflection of increased immigration.

Not all provinces are going through this at the same time, mind you. Alberta still has a ways to go before its old people outnumber the young (though, if the oil-price rout continues, that trend might speed up).

While the headline this week was that seniors had overtaken the under-14 age group, the ranks of seniors aren’t going to stop there. Over the next few years, expect more and similar headlines as Canada’s grey brigade bypasses other age groups.