Trudeau proves the tax boutique is still open for business

The Liberals scrapped many of the Tories' boutique tax credits. So why did they pander with one of their own? 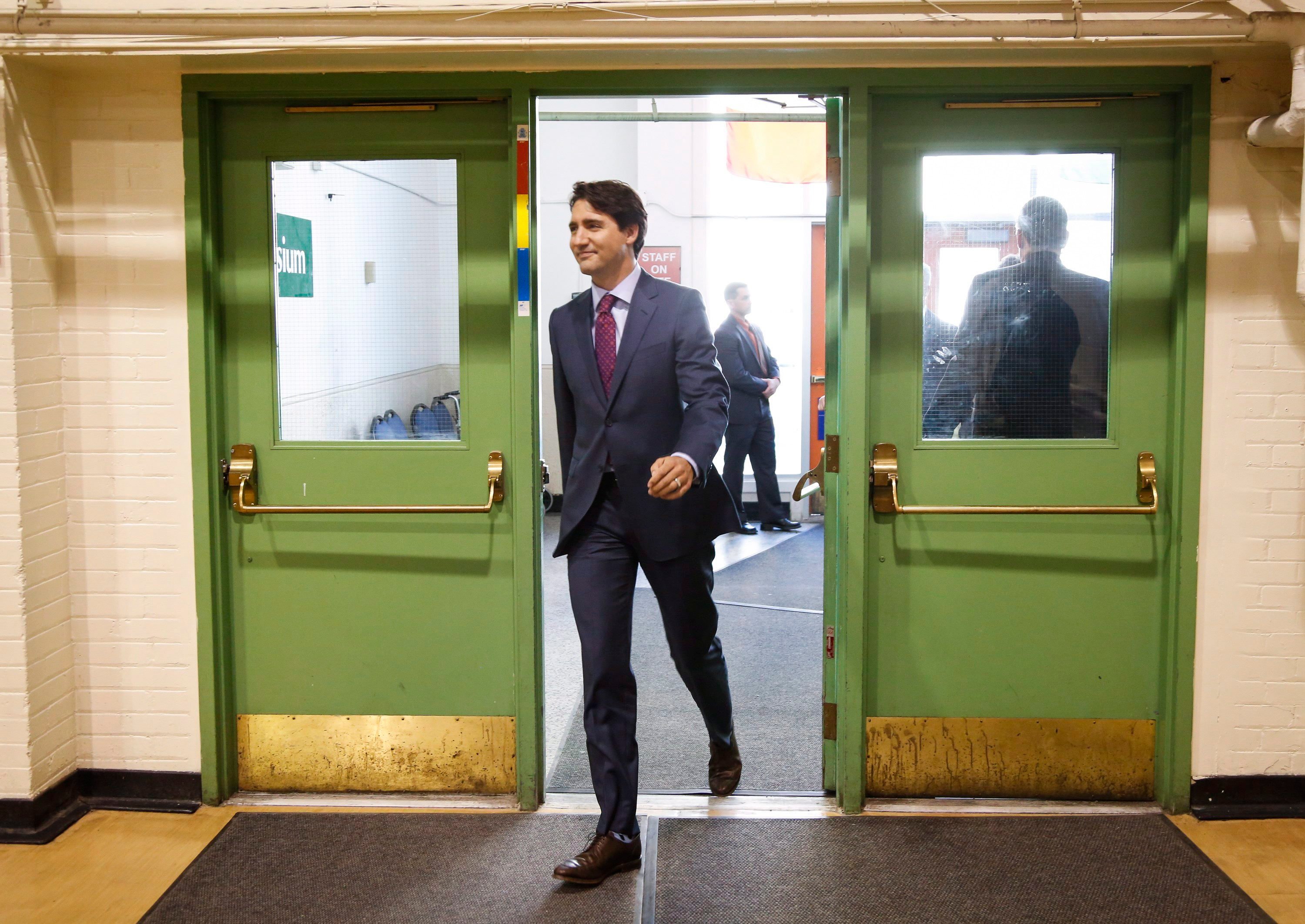 Prime Minister Justin Trudeau arrives to speak to the media after participating in a roundtable discussion on employment insurance in Calgary, Alta., Tuesday, March 29, 2016. (Jeff McIntosh/CP)

The Liberals jettisoned the endless array of ‘boutique’ tax credits doled out by the Conservatives. So why did they pander with one of their own?

The shelves at the once-fashionable federal tax boutique are looking a little bare these days. If only the Liberal government had the conviction to shut the place down forever.

One of the most distinctive features of former prime minister Stephen Harper’s decade in power was his remaking of the Canadian tax system. He rode to power in 2006 on the promise of a two-percentage-point cut in the GST, a cash payment for families and what later became known as “boutique tax credits” for commuters and children’s fitness expenses. Later he added higher personal tax exemptions, income-splitting for pensioners as well as parents and more boutique tax credits. A lot more boutique tax credits.

By the end of the Harper era, there were tax credits covering everything from children’s art lessons to carpenters’ tools to new homebuyers to volunteer firefighters. In last year’s election, the Conservative platform proposed to lard on additional credits for widowed seniors and members of service clubs like the Knights of Columbus and Shriners. All these tax goodies delivered small reductions in taxes owing to individuals or families pursuing activities deemed beneficial by the Conservatives.

While lower taxes are preferred to higher, it is also the case that a simpler, fairer and more transparent tax system is preferred to its opposite. Like barnacles on a ship’s hull, the endless agglomeration of tax credits left Canada’s tax system ungainly and unpredictable. While in theory there should be no difference between a government program that hands out taxpayers’ money directly and a tax credit that allows a lucky few to pay less in taxes, in practice there proved to be a huge distinction. Last year the federal auditor-general noted tax credits receive far less scrutiny from Parliament than do typical budget spending proposals. Most were designed for political purposes, rather than with an explicit and testable public policy goal in mind. There was scant evidence, for example, that the $115-million-a-year children’s fitness benefit actually boosted physical activity among low-income children—its alleged intent. It did, however, appeal greatly to families likely to vote Conservative.

There is thus reason to cheer last week’s Liberal budget, which has begun the process of thinning out this thicket of tax credits. The children’s fitness and art tax credits will soon be gone. So too textbook and tuition credits. And income-splitting for families. (A good idea that was hopelessly distorted by being shoehorned into a tax credit format.) The resultant savings will be directed into means-tested programs such as the new Canada Child Benefit and post-secondary student tuition grants. While Finance Minister Bill Morneau has promised a thorough review of the tax system in the coming year, with just a few lines of his first budget he’s already improved it substantially.

It is therefore all the more unfortunate to discover Canada’s new government is just as vulnerable to the temptation of tax credits as was its predecessor.

Amid all the tax-credit cancellations, Morneau’s budget inexplicably creates a new and even less defensible boutique tax credit of its own: the Teacher and Early Childhood Educator School Supply Tax Credit. Pegged at $25 million a year, this tax giveaway aims to reimburse “the costs educators often incur at their own expense for supplies that enrich our children’s learning environment.” It appears teachers hold the same sway over the Liberals that volunteer firefighters and service club members once did with the Tories.

In a budget that bills itself as “growing the middle class,” a new tax credit for teachers makes no sense whatsoever. With salaries that put most of them in the 90th percentile of wage earners (not mentioning their enviable benefits and vacation packages) most teachers do not inhabit the middle class. And even if out-of-pocket expenses on paper, paint and puzzles for classroom use are to be considered an issue worthy of taxpayer attention, education is a provincial responsibility. There’s no reason—other than regrettable political pandering—for Ottawa to elbow its way into this area; especially not with such a discredited tax tool. This is budgetary baloney.

Related: Paul Wells on the debate over deficits

To be clear, the Trudeau government’s first budget offers much to worry about: a frantic increase in federal spending and debt, plus the elimination of sensible increases in the retirement age are chief among these concerns. That said, its approach to taxes and tax benefits is coherent and defensible. A rebalancing of the tax burden, greater reliance on means-tested benefit programs, larger cash payments for families and fewer opaque tax credits: all this promises a simpler, more transparent and fairer tax system for the majority of Canadians. Dropping problematic platform promises, such as an unnecessary cut to the small business tax rate, further suggests the Liberals are prepared to listen to well-made counterarguments. Now they need to summon the nerve to shut down the tax boutique once and for all.