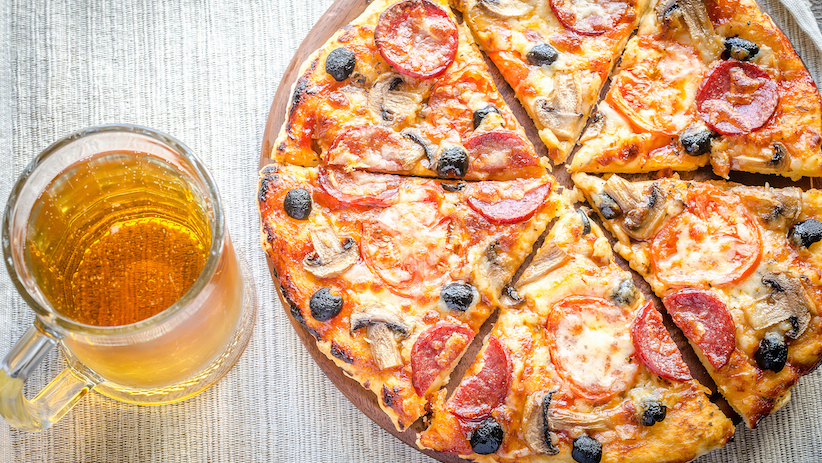 Oil prices have fallen, and analysts are scrambling to figure out how this might affect the Canadian economy; the tabling of the federal budget has been put off until April, ostensibly so as to give the people at the Department of Finance a better handle on the situation. It’s important to take the time necessary to get the mechanics right, but I’m seeing a lot of discussions that make the mistake of trying to shoehorn what is essentially a two-dimensional problem into a one-dimensional analytical framework.

A popular approach is based on a model that would be familiar to anyone who has made acquaintance with the contents of a first-year textbook in economics. (And if you’re interested in these questions and have not yet read a first-year textbook, you really should.) It breaks aggregate demand into its various components, based on the national accounts identity GDP = C+I+G + (X-M):

Depending on how you go about these things, it’s not impossible to conclude that the net effect on GDP of a fall in oil prices might be positive: the increases in consumer spending and net exports could conceivably more than offset the reduction in investment spending. Such was the conclusion of a recent Royal Bank of Canada report that drew a certain amount of attention.

This may be correct as far as it goes, but it doesn’t go far enough. The story of the effect of fluctuations in oil prices on the Canadian economy is one of changes in a relative price: the price of oil relative to other goods. The problem with discussions like the one above is that GDP = C + I + G + (X-M)  is a one good model,  but relative price changes can only be interpreted in a framework in which there are at least two goods. This means looking beyond Gross Domestic Product and paying closer attention to Gross Domestic Income (GDI).

So it’s probably time to recycle and update my beer and pizza model of the Canadian economy:

Suppose that Canada produces 100 beers, but we have to have a pizza with each beer. We don’t produce pizza, but other countries do, and we can trade beer for pizza with them at the rate of one beer for one pizza. So we can export 50 beers, import 50 pizzas, and we happily consume our 50 beer-and-pizza combos.

There are two ways that we can see our lot improved. One way would be if we simply produced more beer. If we were somehow able to improve our productivity by 50 per cent, then we could produce 50 extra beers, trade 25 of them for pizzas, and we’d now have 75 beer-and-pizza combos.

Since Canada produces only beer, the increase in GDP is the same thing as the increase in beer production. But what we really care about isn’t beer production, it’s the consumption of beer-and-pizza combos — and this is what GDI measures. So long as the rate at which beer and pizza are traded on the international markets stays at 1:1, it doesn’t matter which measure you use. GDP has gone from 100 to 150 (50 per cent increase), and GDI has gone from 50 to 75 (also a 50 per cent increase).

But there’s another way that our situation can be improved. Suppose that beer production is 100, but for some reason — less beer on international markets, more pizza or some combination of the two — the relative demand for beer increases, and beer producers are now able to obtain three pizzas for one beer. This 200 per cent increase in Canada’s terms of trade — the ratio of the price of the good it exports to the price of the good it imports — means that Canada can trade 25 beers for 75 pizzas. Even though beer production hasn’t changed, we can now consume 75 beer-and-pizza combos.

It is here that the distinction between GDP and GDI becomes important. Since beer production hasn’t changed, Statistics Canada would record no increase in GDP. But since we’re now able to consume 75 beer-and-pizza combos, measured GDI would increase by 50 per cent.

You don’t hear a lot about GDI, partly because up until about 2002 or so, the GDP-GDI distinction didn’t matter all that much. Canada’s terms of trade were relatively stable between 1981 (when the Statscan data begin) and 2002.

Then came the resource boom. Although resource exports still only account for one-third of total exports, resource prices are so volatile that they explain almost all of the movements in our terms of trade:

The Bank of Canada’s commodity price index was more than double its 1981-2002 average by the end of the third quarter of 2014, and this surge increased Canada’s terms of trade by about 20 per cent. This improvement has had a significant effect on incomes beyond the increase in GDP:

About two-fifths of the gains in GDI during the 2002-08 resource boom came from the improvements in Canada’s terms of trade. Some of those gains were lost and then partially recovered during 2008-09, but 2014 Q3 GDI was still about seven per cent higher than it would have been if the surge in commodity prices had never happened.

The Bank of Canada’s commodity price index has fallen by one-third since the end of 2014 Q3, and if the past is any guide — and there’s little reason to think that it it shouldn’t be — Canada’s terms of trades are set to fall as well. The quantity of goods produced in Canada — that is to say, GDP — may well increase if the increase in consumer spending and net exports more than offsets the reduction in investment expenditure. But that increase is more than likely to be offset by the sharp fall in the price of what Canada produces.

The RBC noted as much in its report:

[W]hile we believe the impact of lower oil prices on real production, i.e. GDP, growth is likely minimal, there is a clear negative impact on real Gross Domestic Income (GDI). In effect, the lower price for a major export product, crude oil, reduces the amount of imports that can be purchased for a given volume of exports and thereby lowers the purchasing power of domestic production.

Perhaps a more intuitive analogy would look like this good news/bad new situation:

I don’t know anyone who would think that the opportunity of working more to earn less is good news, but that’s what you would conclude if you focused on GDP. Looking at GDI  — and the link between commodity prices and Canada’s terms of trade — is a better way of working through the effects of the fall in oil prices on the economy than squeezing it through the one-dimensional framework of  GDP = C + I + G + (X-M).