What lower oil prices mean for the Canadian economy

The reality that lower oil prices may be in place for more than a year—perhaps two, as opposed to months—is only now beginning to settle in 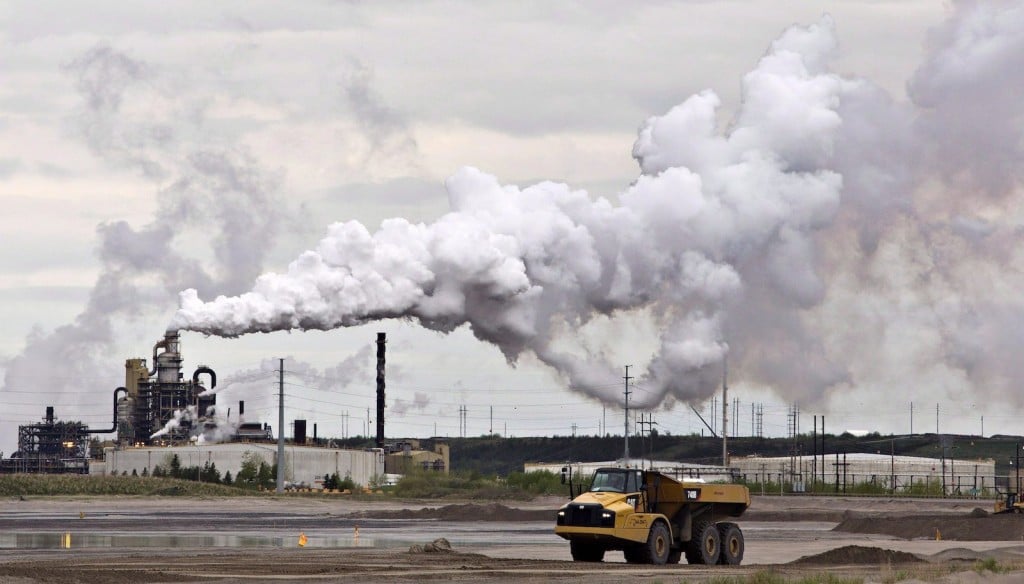 It’s been almost one year since the oil price collapse began in September 2014. OPEC’s subsequent decision not to cut production at their Nov. 27, 2014, meeting sent prices spiralling even lower. And now a further decline is at hand. What is the impact?

The cutbacks in investment ensure that oil prices will eventually return to higher levels, but this will take time. For now, there is simply too much oil on the market and global production has yet to slow. In fact, it has been just the opposite. Since the OPEC decision in November, three countries—Saudi Arabia, Iraq and the United States (led by its shale oil producers)—have added two million barrels per day of supply to the world market. IHS expects demand, by contrast, to increase by 1.3 million barrels per day. High inventory levels need to be worked off. The unprecedented growth in U.S. supply is only now beginning to show some signs of flattening out, and perhaps declining. Creating additional headwinds, OPEC production is now at some of its highest levels in recent years. The Iranian nuclear deal suggests the pending arrival of even more crude, as sanctioned Iranian oil is permitted back into the market late this year or sometime early in 2016.

The reality that lower oil prices may be in place for more than a year, perhaps two, as opposed to months, is beginning to settle in. But the full extent of the impact on the Alberta and Canadian economy has not yet been fully realized.

Oil projects that take longer to plan, construct, and bring online, such as in the oil sands, have softened the impact of the drop in oil price on investment and the economy. At the beginning of 2015 IHS estimated there was nearly one million barrels per day of oil sands capacity under construction. Even in the weak price environment this year, the most prudent action for the owners of these projects is to complete these projects and bring revenue online as quickly as possible.

However, with new oil sands projects requiring WTI prices from US$65 per barrel and up to break even, and oil prices averaging about US$53 per barrel so far this year, decisions on new projects are being deferred. Oil companies will soon move into the fall budget cycle for 2016. Companies that have not yet made cuts will, and those that did so early this year may have to cut more.

As we move through this weak price period—which IHS has dubbed “the Great Oil Price Deflation”—without new projects coming forward, supply growth from the completion of projects that were started before the downturn, and the economic cushion it provides Alberta and Canada, will erode. By the end of 2015 IHS expects the inventory of oil sands capacity under construction to be cut by half, and then halved again by the end of 2016.

As these projects are completed new capital investment will fall and workers, without the next project to migrate to, may struggle to find new work. The service sector in Alberta—the largest source of direct employment in the oil and gas industry—will be left with fewer contracts to support its employees and subcontractors. Additional job cuts will inevitably follow.

Oil sands investments are built to weather the ups and downs of a volatile and even fickle world market. But Alberta and the modern oil sands industry have never undergone a price correction of this nature.

The duration of this price collapse has already outlasted the significant—but short-lived—2008-09 crash caused by the financial crisis, and is on track to exceed the less severe but more protracted price drop in 1997-98. The last comparable downturn may be more than 30 years ago, long before the commercial development of steam-assisted gravity drainage (SAGD), a technology that now accounts for half of oil sands production. In the 1980s, OPEC moved to defend its market share against the rise of non-OPEC oil production that was stimulated by higher oil prices. Oil prices did recover and eventually surpassed previous highs, but it took years for this to occur.

These impacts are not isolated to Alberta. Recently the value of the Canadian dollar against the U.S. dollar reached the lowest point in more than a decade and could fall further as the year progresses. According to the Canadian Association of Petroleum Producers, there are more than 2,000 businesses that provide goods and services to the oil sands industry alone (not to mention oil and gas in general) from other Canadian provinces. And a significant share of the oil sands workforce originates from beyond Alberta’s borders. The last census that was conducted in 2012 found that of the nearly 40,000 workers residing in work camps, nearly half were from out of province.

The oil market is cyclical and oil prices will recover. The imperative to replace global production declines will eventually take hold and higher prices will be required to incentivize those higher cost sources of supply in the world that will be needed to balance oil markets over the longer term. This includes supply from deepwater, ultra-deepwater, non-North American tight oil, and yes, the oil sands. However this period will be an uncertain and unsettling time for Alberta and Canada as the reality of the new price environment takes hold.

Kevin Birn, is a director at IHS Energy based in Calgary where he researches North American crude oil markets and leads the IHS Canadian Oil Sands Dialogue