What the GDP numbers say about Canada's great economic divide

StatsCan's GDP report shows—again—that Canadian households are the only thing keeping the economy afloat, while business investment has gone AWOL 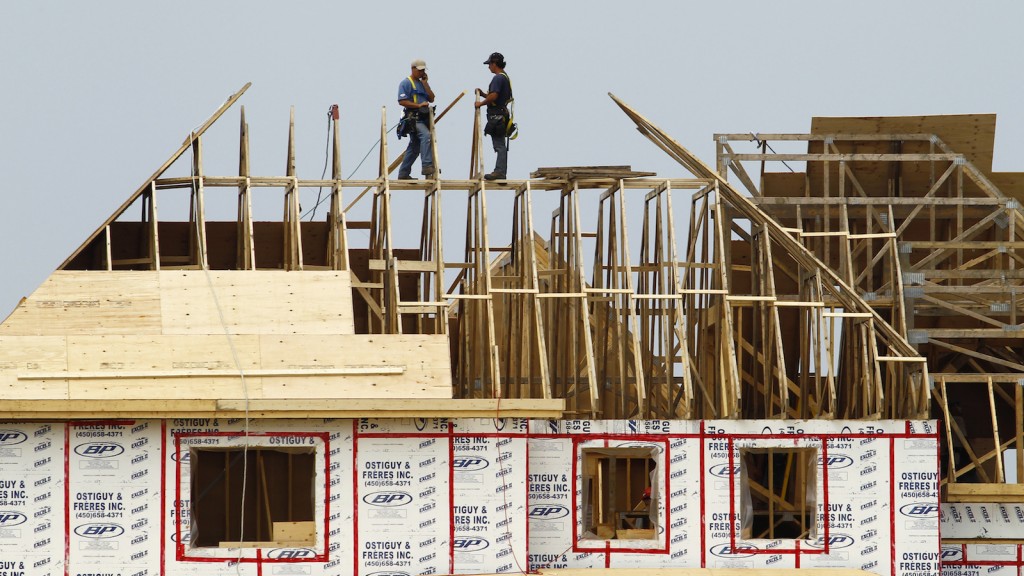 Rise and be heralded, ye acquirers of quartz countertops. Take a bow, brave homebuyers from coast to frothy coast. Hear, hear, to the multitudes driving off dealer lots in your new Bimmers and F-150s. If it weren’t for you, plucky Canadian consumer, this country’s economy would really be in a pickle. Oh, sure, Canada tripped into a technical recession. You didn’t completely rescue us from that. But we’re not blaming you. At least you tried. Please check your mailboxes in the coming weeks for an exciting new credit card offer from your bank.

That Statistics Canada’s second-quarter GDP report confirmed a recession was upon us in the first half of the year didn’t come as much of a surprise. Between April and June, the economy shrank by 0.5 per cent on an annualized basis, after contracting by 0.8 per cent in the first quarter. And, as expected, the news has been taken up by opposition parties in the election campaign to attack the Conservatives, while the Conservatives seized on a one-month GDP gain in June to assure voters everything is just fine.

What this latest GDP report has done, though, is re-expose a deepening division in the Canadian economy that’s been with us for a while now: As giddy as households are to borrow and spend, businesses have curled themselves up into a fetal position, afraid to put their money to work here at home. Consider the numbers. In the second quarter, household spending posted an impressive gain of 0.6 per cent, while business investment fell two per cent. This, in turn, raises the big question facing us today: Are Canadian businesses right to be as pessimistic as they are? Or are households right to be as optimistic about the economy as their multi-year, debt-fuelled consumption binge suggests?

(For best results on mobile, view chart in landscape.)

All the ingredients would seem to be in place for Canadian companies to drive growth. They’re flush with cash; Canadian non-financial companies have amassed a cash hoard of nearly $700 billion, which former Bank of Canada governor Mark Carney described as “dead money” back in 2012—or nearly $200 billion ago. Canadian businesses also enjoy the lowest marginal tax rate on new investment of any country in the G7. Then add in the plunging value of the loonie—a gift to exporters, courtesy, in part, of the Bank of Canada’s rate cuts.

So what’s missing? Confidence that their investments in Canada will bear results for their shareholders that outweigh the risks.

Companies have been upfront about their dour outlook. In July, StatsCan released the results of a survey of companies’ spending plans for 2015, showing that, for the first time since 2009, they expect to spend less than the year before, down 4.9 per cent. A lot of that is due to the collapse in oil prices, and the knock-on effect for energy producers and suppliers. But not all of it. Likewise, the oil rout is a major factor in the onset of the recession. But, well before oil fell, business investment in Canada was consistently disappointing.

It’s not that Canadian companies have been sitting on their hands, mind you. Businesses have been investing abroad at an impressive pace. And that’s to be commended. This country has a deplorable deficit of world-beating corporations. But the extent to which companies choose to deploy their capital abroad, and not here, is effectively a vote of non-confidence in Canada’s economy.

Consumers, on the other hand, couldn’t be more bullish. At least, that’s what their actions suggest. Vehicle purchases, which hit record highs in recent months, drove the biggest increase in household spending last quarter, while strong gains for real estate brokers and the renovation sector show that enthusiasm for the housing market is alive and well.

Yet it’s not as if consumers are drawing inspiration from their paycheques. The annual growth in wages and salaries, which has been steadily slowing since peaking in early 2011 at six per cent, fell to 2.7 per cent in the second quarter. Instead, as they have for years now, households went deeper in the red, saving even less in the process.

What we have in Canada are households engaged in a massive gamble that the economy will pick up, and that the weakness we’ve seen will not spill over into the job market, thereby threatening their ability to manage their debts. (All of this, of course, presupposes that consumers behave at all rationally when confronted with free money. The jury is out on that one, too.)

In asking who will be proven right in the months to come—upbeat households or timid businesses—the key thing to remember is that businesses have far less to lose if they’re wrong; some missed opportunities, perhaps. Households, on the other hand, now carry enormous debt burdens that will become even more difficult to manage if things get worse.

Then again, if consumers even begin to retrench at this point, the main pillar keeping the economy afloat would be gone. In which case, we’d all lose.