Why Bay Street is more bullish than the Bank of Canada

When the Bank of Canada releases its interest rate decision on Wednesday, don't expect it to share Bay Street's optimism about Canada's economy right now 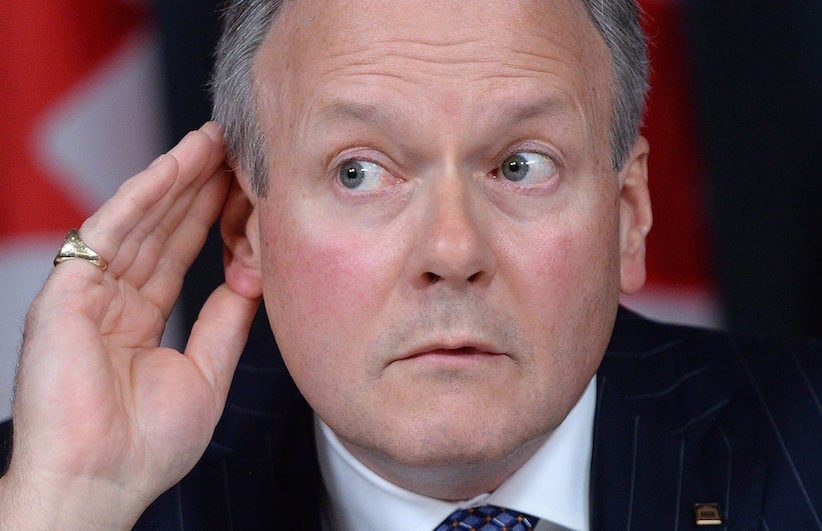 The Bank of Canada’s interest-rate setters conclude their latest round of deliberations today and will release a statement Wednesday at 10 a.m. Ottawa time. There will be no change in policy, nor is the rhetoric likely to change that much from the previous statement on January 18. If that is all you need to know, stop reading now. If you like a little context with your headlines, read on.

Canada’s economy has become a tease in 2017, exciting some forecasters desperate for good times. “After two years, the Canadian economy is turning the corner and looks poised to surprise the consensus and possibly the Bank of Canada to the high side in 2017,” BMO Capital Markets economists Douglas Porter and Benjamin Reitzes wrote on February 24. Their evidence: employers created 239,000 positions in the six months through January, the most over any such period in 15 years; Canada is exporting more merchandise goods than it is importing for the first time in two years; the value of home and automobile sales climbed to records in 2016; builders are starting work on new homes at an annual rate of 200,000, a strong number; consumer spending and confidence are solid; and gross domestic product is growing at an annual rate of about 3 per cent, roughly twice as fast the Bank of Canada reckons the economy can handle without stoking inflation.

Taking the positive side of the debate about Canada’s economic prospects requires some courage. For one, it’s been a loser’s bet for years. But also, it means going against the central bank, which so far has refused to get excited about a future that could feature border taxes and longer interrogations at U.S. customs. Governor Stephen Poloz emphasized the negative when the Bank of Canada released its first-quarter report on the economy in January. The central bank’s models and experience tell it that it will take more than a few months of stable oil prices to make up for the devastation caused by the collapse of commodity prices in 2014 and 2015.

Yet the Canadian dollar and Canadian interest rates had climbed over the later part of 2016 in lockstep with the U.S. currency and American borrowing costs. The latter made sense. The Federal Reserve raised its benchmark rate in December, and it intends to do so again at least a few times in 2017. The U.S. dollar was higher because investors had embraced the stimulative possibilities of Republicans in charge of all three branches of government. But none of these things applied to Canada. The Bank of Canada had given every indication that it would leave interest rates unchanged for at least another year. So Poloz went of out his way to tell traders they were mispricing their bets on Canada, and making his job more difficult in the process.

He got their attention. The dollar dropped significantly after the release of the January policy statement and the governor’s comment during a press conference that a interest-rate cut remained on the table. But currency traders have short attention spans: 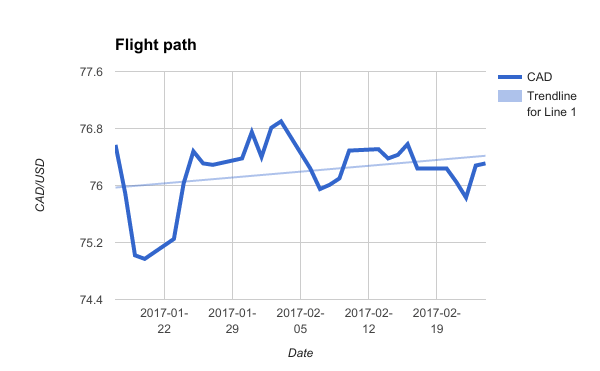 And bond traders aren’t much better: 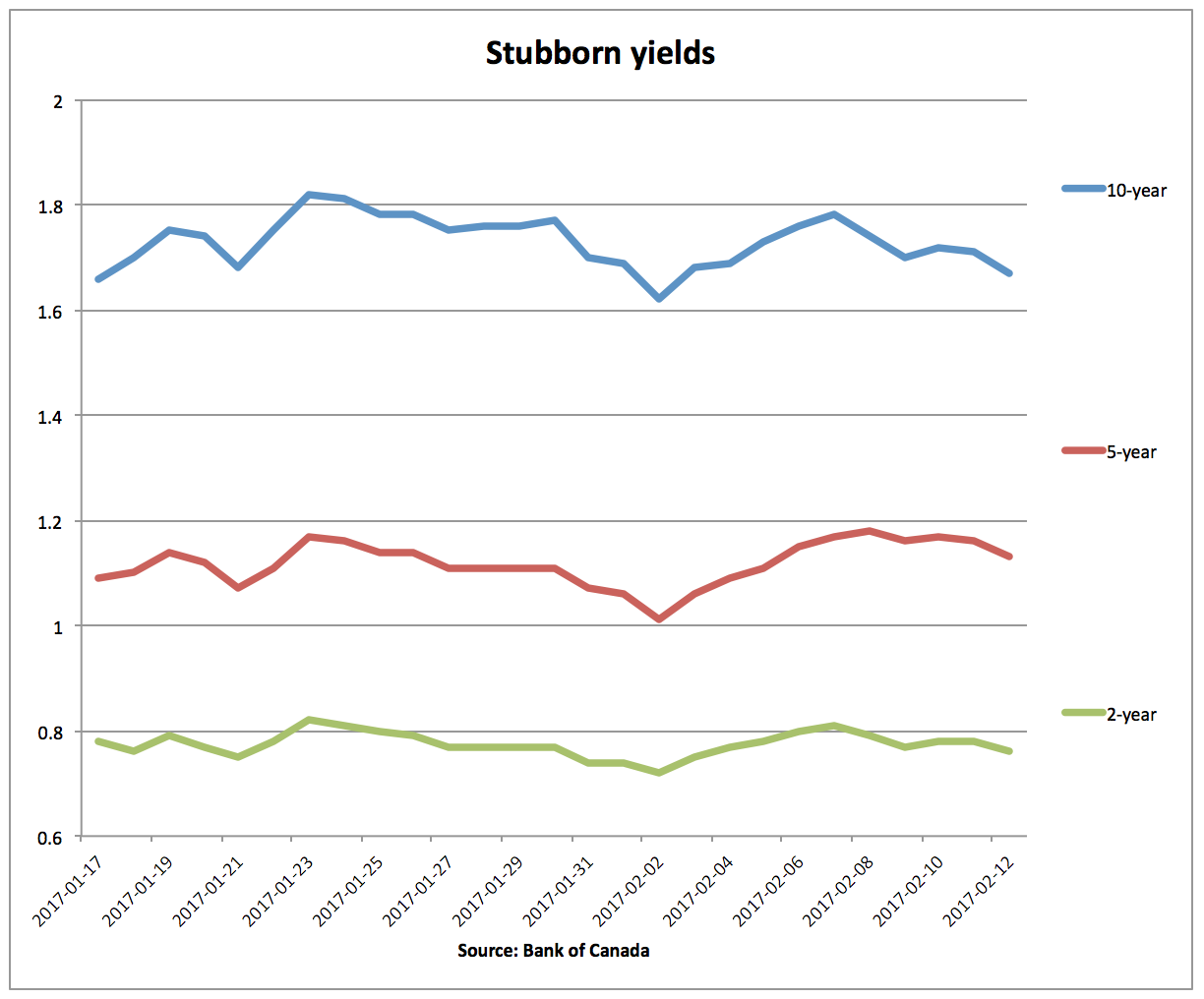 It’s difficult to know for sure why the markets and the Bank of Canada are so out of tune. It’s possible investors find Porter’s story more convincing than Poloz’s. Market prices always reflect expectations about the future, and investors may like Canada’s prospects, especially compared with countries such as Mexico, the United Kingdom and other members of the European Union. Market participants likely agree with Poloz that the world is an extremely uncertain place, which is precisely why they like Canada: the country’s economy has seen better days, but the outlook is stable. The International Monetary Fund predicts growth of almost 2 per cent in 2017, the second-fastest among Group of Seven countries after the United States.

But the Bank of Canada doesn’t think in relative terms. It thinks about what it has to do to live up to its mandate to keep annual inflation at around 2 per cent. The Consumer Price Index rose 2.1 per cent in January from a year earlier, Statistics Canada reported on February 24. Much of the gain was the result of higher gasoline prices and the application of new carbon taxes in Ontario and Alberta. The Bank of Canada looks through price increases that result from volatile energy price and tax adjustments. Take those factors out, and inflation still is slower than the central bank’s target.

Canada’s central bank doesn’t target the exchange rate, but it isn’t indifferent to its value. Poloz was clear in January that the dollar’s strength against non-U.S. currencies was hurting exporters. That makes the currency a headwind to growth and an impediment to the central bank achieving its inflation target. So Poloz will continue to offer traders reasons to temper their bets on Canada. Even the optimists accept there is nowhere near enough evidence yet to convince the central bank to change its position. BMO’s Porter and Reitzes like their thesis, but they add, “We doubt it will be enough to shift the (Bank of Canada’s) viewpoint at least until 2018.”

The upshot? Low for longer.