Why Joe Oliver is condemning Canada to economic mediocrity

The IMF has a message the finance minister doesn't want to hear: unless you are broke, you should be using fiscal policy to generate economic growth 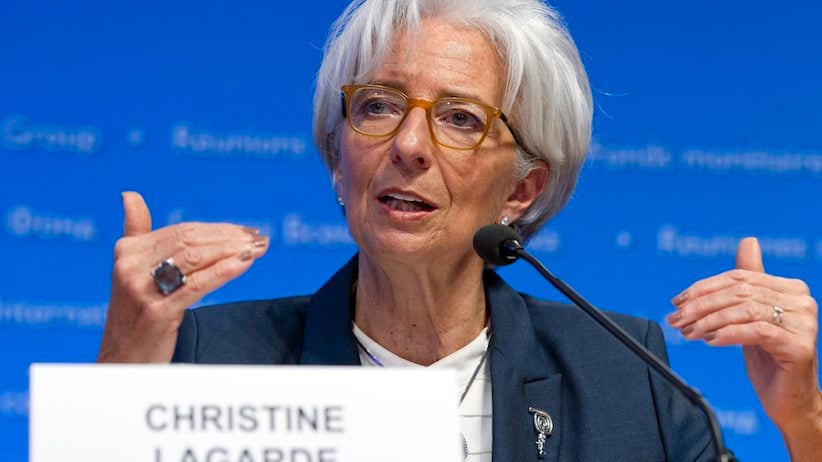 Finance Minister Joe Oliver skipped the annual spring gathering of the world’s top economic officials in Washington last week. It was just as well. He would not have liked what the International Monetary Fund (IMF) had to say.

The IMF was once a reliable ally of policymakers who see balanced budgets and lower taxes as the answer to every economic problem. The institution in the 1980s and 1990s was the champion of the “Washington Consensus,” the name given to the kit of free-market policies the IMF would force on any country in need of a bailout.

But the IMF has become far less doctrinaire under the leadership of Christine Lagarde, the former French finance minister. Lagarde had a simple message for finance ministers: Unless you are broke, you should be using fiscal policy to generate economic growth. The IMF predicts the global economy will expand 3.5 per cent in 2015—about the same as last year, but dramatically slower than the five per cent rates that preceded the financial crisis. “Overall, we believe that growth is just simply not good enough, not good enough to reduce high unemployment still, not good enough to boost middle-class incomes, not good enough to drive poverty reduction,” Lagarde told reporters at the beginning of the semi-annual meetings of the IMF and World Bank.

Oliver is actively ignoring Lagarde and the best thinking of the world-class economists she employs. He has made clear that the budget he presents in Parliament on Tuesday will be written in black ink. By doing so, he will be condemning Canada to economic mediocrity. He will argue that fiscal prudence will inspire confidence and boost spending by households and investors. That is only true when public spending is out of control. Canada’s problem is a lack of demand. The federal government alone is in a position to generate some of it immediately.

Every quarter, when the Bank of Canada updates its outlook for the economy, it breaks out the contributions to growth from seven key sources: consumption, housing, government, business fixed investment, exports, imports and inventories. The central bank said earlier this month that gross domestic product will increase 1.9 per cent this year. Most of that gain will come from exports. Moderate household consumption will be mostly offset by a decline in business investment. Housing will contribute nothing to GDP growth in 2015, according to the Bank of Canada. Government spending and inventories will make negligible contributions.

There is little scope within that breakdown for a better-than-expected result. The global economy could grow faster than the IMF predicts, allowing Canadian exporters to generate more sales. Forget about household spending. With debt at record levels, consumer spending on new goods and services will be restrained. Ditto for business investment. The collapse of oil prices wiped out profits and killed the incentive to expand in the oil patch, and economic growth of less than two per cent offers little incentive for non-energy companies to expand.

That leaves governments. If Oliver were a provincial finance minister, his commitment to fiscal austerity would be defensible. Most of the provinces had a tough go of it during the Great Recession. Provincial debt, which was 50 per cent of the federal debt in 2000, is now almost 80 per cent, according to calculations by the Canadian Imperial Bank of Commerce.

But the federal government has plenty of room to manoeuvre. The federal debt is about 30 per cent of GDP, extremely low by international standards. (More than a dozen countries have debt-to-GDP ratios in excess of 100 per cent.) The cost of servicing that debt is extremely low, as the Finance Department itself noted in its latest debt-management strategy. The interest rate on 10-year bonds was 1.79 per cent at the end of 2014—about half as much as the federal government had to offer to get investors to buy its debt a decade ago. The Bank of Canada’s surprise decision to drop its benchmark lending rate by a quarter point in January will keep downward pressure on interest rates.

If there were ever a time when the federal government could loosen the purse strings without putting excessive strain on its finances, it would have been now. One of the reasons the IMF has changed its tune on fiscal policy is because research it has done in the past year shows that borrowing to pay for infrastructure pays for itself over the longer term by generating faster economic growth. Tuesday’s budget promised some new spending on infrastructure, but the money won’t start to flow for several years.

The problem is Oliver has unnecessarily set a ceiling on what the federal government could achieve. He calls his approach prudent. The Opposition is on solid ground when it insists otherwise.