Kevin Milligan is a fan of dentists,. But they shouldn't be first in line for tax cuts. The economist explains 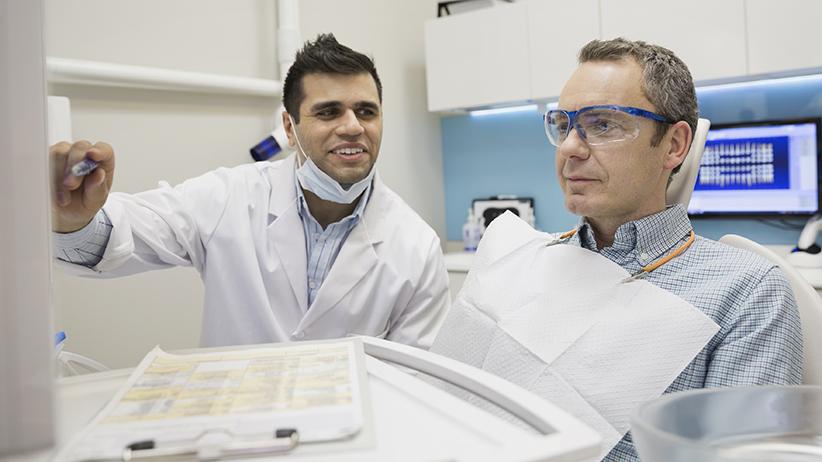 In recent days, federal political discussion has focused on how Canada, like many other countries, taxes small businesses differently than large ones. Liberal leader Justin Trudeau has said a “large percentage” of small businesses are used by wealthy Canadians to avoid taxes, which Conservative leader Stephen Harper said was unfair and untrue, while NDP Leader Thomas Mulcair called on Trudeau to apologize. So let’s take a look at what we know about how small business is taxed, whether it matters, and what policy should do.

If a business satisfies certain legal tests, it can qualify as a Canadian Controlled Private Corporation (CCPC). These legal tests involve, for example, whether the owners are Canadian and whether the firm’s shares are privately-held or publicly-traded. While the general corporate tax rate in Canada is 15 per cent, CCPCs can use a lower 11 per cent rate for the first $500,000 of active business income.

The Conservatives have already legislated a decrease in the small business tax rate to 9 per cent by 2019. In a recent CBC interview, Thomas Mulcair committed the NDP to an even faster timeline to get to 9 per cent in a year. It isn’t clear yet what the Liberals have in mind for small businesses. (Readers should take note of my disclosure at the bottom of the article. I have given occasional advice to the Liberals, but never discussed small business taxation specifically with them.)

Whether there ought to be a preferential rate for small business is a subject of active debate among economists.  Duanjie Chen and Jack Mintz argue that small business should not receive preferential treatment, since among other reasons the $500,000 threshold presents a significant barrier to growth. If a company is currently booking $480,000 of profit, Chen and Mintz argue the company may be reluctant to grow so they avoid paying higher taxes above the small business tax rate threshold. C.D. Howe economists Ben Dachis and John Lester show evidence this kind of threshold effect matters for some firms.

On the other hand, economists like Ted Mallett from the Canadian Federation for Independent Business argue that the small business preferences are justified. Small businesses don’t have large accounting departments yet must fill in the same set of tax forms that large businesses do—meaning their proportional compliance costs are higher. In addition, large internationally-active firms can use fancy tax planning techniques to lower their tax burden. These options are much harder for small businesses to access. Moreover, the fears about ‘threshold effects’ at $500,000 may be overstated, since only a small proportion of firms operate near the threshold.

In sum, it’s a healthy debate. I find myself sympathetic to the view of the U.K.’s 2010 Mirrlees Review, which argued that small business has some legitimate tax disadvantages, but blanket rate cuts aren’t the best way to address those concerns. Instead, measures targeted at the specific disadvantages might be better.

One reason I find the more targeted approach attractive is that CCPCs are not only used by your neighbourhood ‘mom and pop’ stores, but also by top earners to shield some of their income from taxation. There are various tax advantages of shifting income from your personal tax form to a CCPC, including the ability to ‘sprinkle’ dividends to other lower-taxed family members and also take advantage of the $813,600 lifetime capital gains exemption for shares in qualifying CCPCs.

Now, your eyes may glaze over at phrases like “lifetime capital gains exemption”, but for Canadian high earners setting up a CCPC is often fundamental to a strategy to lower their tax bills. Researchers Michael Wolfson, Mike Veall, and Neil Brooks have shown that if you look at the top one percent of the top one percent of earners (which includes only those with incomes over $2.6 million in 2012), upwards of 70 per cent of them have substantial ownership of a CCPC. Jack Mintz has claimed that 60 per cent of the benefit of CCPCs goes to those with incomes of $150,000 or more. Among tax specialists, the idea that CCPCs can be a vehicle for tax reductions for high earners is completely non-controversial.

If you google phrases like ‘estate freeze’ and ‘CCPC tax planning’ you can get a glimpse of the extent of the tax planning industry in Canada. You end up at sites like this one, which detail all the ways a professional like a dentist can shield her income from taxation using a CCPC:

Well, instead of having to claim all their practice’s income in a given fiscal year, they can leave it in the corporation, pay less tax, and then either reinvest it or dividend it out to shareholders – particularly those who are in lower income tax brackets.  This all ends up deferring or saving taxes altogether!

I don’t see any advice to hire more employees there–just how to save on taxes. I’m a big fan of dentists, but I don’t think they should be first in line for further tax cuts—and that is precisely what would happen if the small business tax rate were cut broadly without any conditions.

In my view, the deft policy action required here is to try to accommodate the legitimate needs of corner-shop small businesses without helping multi-millionaires further reduce their taxes. Following the advice of the Godbout Commission, the Quebec government recently limited the small business deduction to those with at least three full time employees. This approach has some advantages, but it could be argued this just sets up a barrier to hiring more employees.

The parliament we elect in October will have to grapple with these issues and find a balance between helping small business without further advantaging the tax-planning top earners. I hold out hope that at that time the new parliament will be able to address these important issues with more subtlety than is possible during the heat of an election campaign.