Why the oil crash is bad for Canadian house prices

The "virtuous circles" of rising oil prices, higher incomes and booming house prices, are about to turn "vicious" 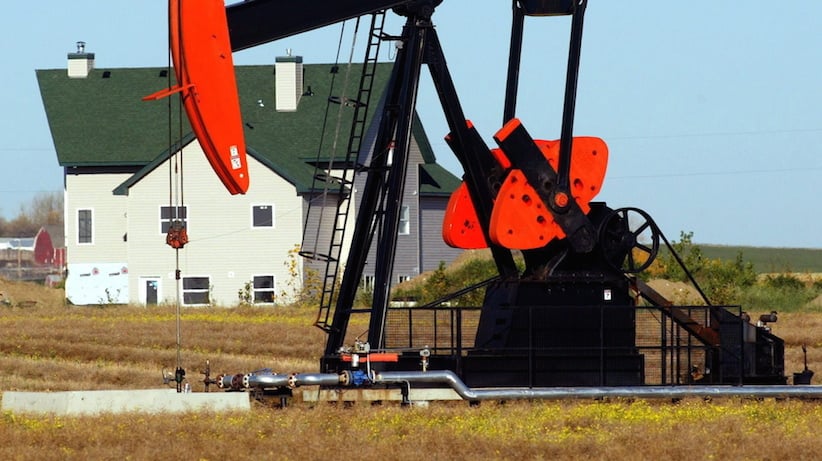 As the collapse in oil prices picked up speed in recent months, it set off a debate about the overall impact—positive or negative—that lower oil will have on Canada.

You can put David Wolf, a former Bank of Canada adviser and now portfolio manager at Fidelity Investments Canada, firmly in the “it’s going to suck” camp. He spelled out his concerns in an investment commentary on Wednesday entitled “Canada’s oil slick,” and one of the biggest threats he sees is to house prices.

Rising resource prices over the last decade set in motion several “virtuous circles,” he writes. Pricier oil boosted incomes of businesses, governments and consumers across the country, even for those with no direct ties to the energy sector. The oil boom drove the value of the loonie to record highs, which helped to keep inflation in check, despite an economy firing on all cylinders. That, in turn, meant the Bank of Canada could keep interest rates down. The result, Wolf observes:

has been mutually reinforcing increases in Canadian confidence, spending, borrowing and asset prices, resulting, most notoriously, in record levels of Canadian household debt taken on against overvalued residential property across much of the country. These linkages are all difficult to quantify, which is why they’re under-appreciated. But we know they’ve all been working in the same direction—up.

And now they’ll all work in the same direction—down. 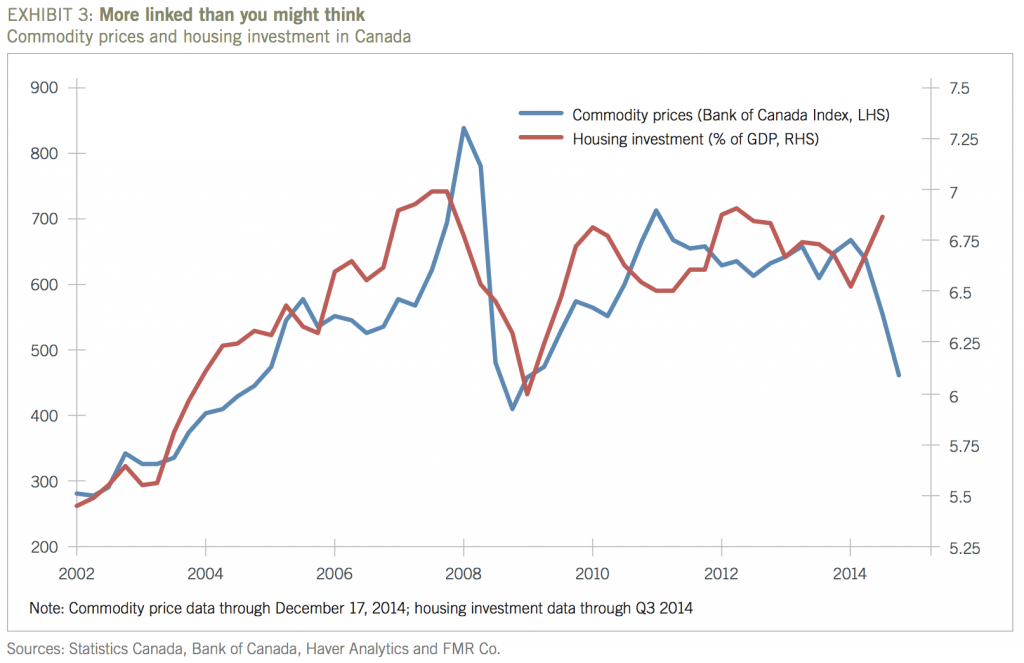 Yet now, unlike during the 2008-09 oil collapse, if house prices begin to tank, the Bank of Canada has very little room to stimulate the economy, what with its benchmark rate already at just one per cent, where it’s been for more than three years. Besides, if it slashed rates (can you even use that verb with such tiny wiggle room? Perhaps snipped is more appropriate), it would only worsen household debt imbalances the Bank has warned are the biggest domestic threat to the economy.

Wolf’s recommendation to investors: Steer clear of Canadian stocks, which are likely to underperform U.S. equities for some time to come. (See here for more on that.)

As for everyone else, what can we say? Hold on, things are about to get bumpy.