Glenn Gould offers lessons for Apple, and Ottawa, on innovation

When it comes to innovation Glenn Gould wasn't all that different from Steve Jobs, says a professor from Apple University who is lecturing in Toronto this week. 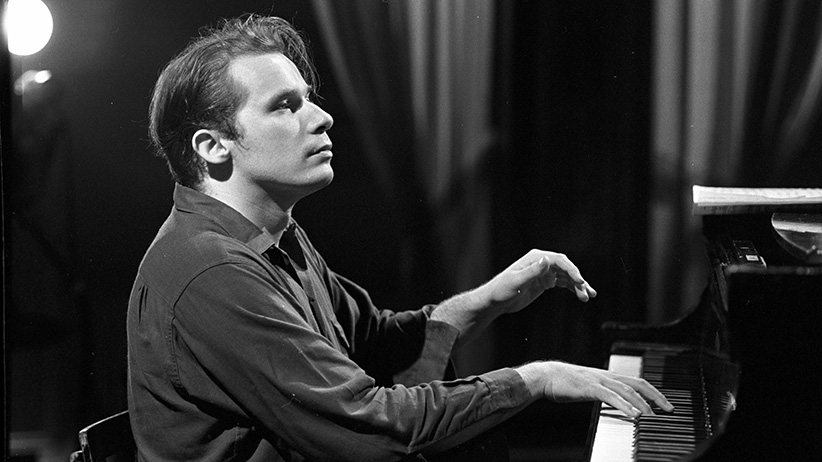 Few would be surprised if Prime Minister Justin Trudeau borrowed a page from iPhone-maker Apple Inc. in a bid to boost Canada’s innovation chops, one of several Liberal campaign promises. Apple, after all, is one of the world’s most innovative companies, not to mention its most valuable. Which makes it all the more surprising that, when in need of inspiration, executives at the iPhone-maker study a Canadian—and a classical pianist at that—who’s been dead for 34 years.

The musician, of course, is none other than Glenn Gould. The Toronto-born Gould is featured in a recurring presentation delivered by professor Joshua Cohen to senior managers at Apple University, the Cupertino, Calif.-company’s in-house training facility. Most at Apple aren’t familiar with Gould, admits Cohen. But the more they learn about his lofty vision of creating a transcendent experience for listeners and his ultra-perfectionist ways, the more they realize Gould wasn’t all that different from the late Steve Jobs, Apple’s ambitious and micro-managing co-founder and former CEO. Cohen says they also quickly come to appreciate Gould’s whole-hearted embrace of technology, as demonstrated by his controversial decision in the 1960s to focus exclusively on studio recording.

But perhaps the biggest lesson Gould holds for aspiring tech giants—or, in the case of Canada, the governments who hope to foster them—was his belief in creating something that’s not only new and different, but eminently worthwhile.“There’s this really large human purpose that guides the work,” says Cohen. “It’s not innovation for innovation’s sake.”

It’s a lesson that’s doubly important for Ottawa to learn, too, given that its efforts will be paid for by taxpayers.

Cohen, who is scheduled to talk about Gould at the University of Toronto’s Rotman School of Management this week, crafted his Gould lecture a few years ago when looking for visionaries who created ambitious products. In Gould’s case, the “product” is his 1981 re-recording of the Goldberg Variations by Johann Sebastian Bach. It was the same demanding piece that Gould performed in his 1955 recording debut, making him an international celebrity almost overnight. However, Cohen, formerly a professor of political philosophy at Stanford University, says he was drawn to Gould’s later effort, which runs a full 13 minutes longer than the remarkably brief 1955 version, because it demonstrated just how dedicated Gould was to creating a perfect piece of music. Gould’s trademark humming can even be heard in the background if you listen closely.

Gould’s decision to re-record wasn’t without risk. He was already considered by many to “own” the Goldberg Variations, which some have described as the “Gouldbergs,” and not everyone agrees his second attempt is superior—including, possibly, Steve Jobs. In a biography released after Jobs’s 2011 death, author Walter Isaacson describes a scene in Jobs’s living room where Jobs plays the two versions back-to-back on his iPad. “The first is an exuberant, young, brilliant piece, played so fast it’s a revelation,” Jobs is quoted as saying. “The later one is so much more spare and stark. You sense a very deep soul who’s been through a lot in life. It’s deeper and wiser.” So, which did he like better? Jobs notes that Gould himself preferred the 1981 recording, but that he personally liked the earlier, more exuberant one, although “now I can see where he was coming from.” It may have been the first time Jobs held wishy-washy opinion about a matter of personal taste.

Cohen’s Rotman appearance, organized with the help of Toronto’s Glenn Gould Foundation, comes at an opportune time for Canada. The Trudeau government is preparing to unveil its promised “Innovation Agenda” later this year—an effort to give the country’s moribund economy a badly needed boost. Innovation Minister Navdeep Bains has said the plan will broadly focus on three key areas: improving education, fostering ambitious research projects that can later be sold as commercial products and supporting innovative companies that compete globally. Funding details are expected in next year’s budget.

Institutionalizing the nebulous concept of innovation won’t be easy. Jobs himself faced a similar challenge when he was diagnosed with a cancerous tumour in his pancreas in 2004, forcing him to contemplate a day when he would no longer be able to terrorize Apple’s designers and engineers. In 2008, he quietly began laying the groundwork for Apple University by hiring Joel Podolny, the dean of Yale’s school of management. “The idea was to take what is unique about Apple and create a forum that can impart that DNA to future generations of Apple employees,” a former Apple executive told the Los Angeles Times in 2011. “No other company has a university charged with probing so deeply into the roots of what makes the company so successful.”

Cohen’s presentation on Gould is just one of several he gives at the university, where he’s now employed full-time. It’s part of a series called “The Best Things”—a reference to a remark that Jobs once made about “trying to expose yourself to the best things that humans have done, and then try to bring those things into what you’re doing.” His first presentation in the series was about New York’s Central Park, which was designed by landscape architect Frederick Law Olmsted to show that America could create beautiful, natural public spaces that rivalled the best of Europe. Gould, by contrast, created a thing of beauty by reinterpreting the baroque work of a German composer who was widely seen as a touch old-fashioned, even by his contemporaries.

Equally as compelling for Apple employees is Gould’s forward-thinking attitude about technology. Gould once told an interviewer in 1966 that live audiences were a “force of evil” because pleasing them took precedence over his pursuit of perfection. “I really thank God that I’m able to sit in a studio with enormous concentration and do things many times, if necessary,” he said. “I think a whole new role has been opened in this way.” Bob Ezrin, the Canadian music producer known for his work with Pink Floyd, Lou Reed and Alice Cooper among others, (and, to a different demographic, for sparking a Twitter war earlier this year with rapper Kanye West), says Gould was way ahead of his time. “He was the first guy to edit classical performances,” he says. “That was just anathema to the classical world. Edit multi-track recordings? This was stuff that was only beginning to happen in popular recording because performers couldn’t do it all in one take.”

If it all sounds a touch pedantic for a company that builds smartphones, recall that Jobs credited part of the original Mac’s success on his decision to study calligraphy at Reed College in Portland, Oregon. “If I had never dropped in on that single course in college, the Mac would have never had multiple typefaces or proportionally spaced fonts,” he said during a 2005 commencement address at Stanford. “And since Windows just copied the Mac, it’s likely that no personal computer would have them.” This is also a man who once said, shortly before his death, that great technology by itself wasn’t sufficient to make great products: “It’s technology married with the liberal arts, married with the humanities, that yields us the results that make our hearts sing.”

At its core, Cohen says Apple’s mission is indeed to develop products that should be built, not finding a way to shoehorn every piece of new technology into people’s lives, wanted or not. “They [Apple products] enable people to do things that are good to do,” he says, adding it’s not all that different from Gould’s effort to create a moment of pure musical bliss. “You’re trying to do something that’s great and animated by a big idea,” says Cohen. “But what makes it great is there’s an important human good at stake in it.”

It sounds straightforward enough. But it’s remarkable how many tech firms allow the cord to wag the computer. Google, for all its success, is frequently guilty of packing unnecessary functions into its products, making them unnecessarily difficult to use. An Apple University professor apparently once used a Google TV remote control as an example of what not to do at Apple, according to the Times. It had no fewer than 78 buttons. Meanwhile, other up-and-coming tech giants often seem more interested in disrupting entrenched industries than they are in serving their customers. The increasingly heated debate over short-term rental platform Airbnb is a case in point, with some arguing it’s contributing to a housing crisis by convincing landlords that it’s more profitable to rent to tourists than tenants.

So what, if anything, can Ottawa learn from Gould as it seeks to implement its “Innovation Agenda?” He obviously didn’t have much to say about the value of “innovation clusters” or the appropriate tax policy when it comes to stock options. But, Cohen says, he’s confident Gould wouldn’t think much of trying to replicate, pixel for pixel, Silicon Valley’s stunning success. “Gould himself would say, almost in these words, ‘There’s no point performing something that’s been performed a thousand times before unless you do it differently,’ ” Cohen says. At the same time, however, the secret to Gould’s success was his dogged insistence to make sure what he did was worth doing, and that he did it to the best of his abilities—even if some thought he was being completely unreasonable in the process. Says Cohen: “That kind of comes with the territory of doing something that’s different and truly great.”