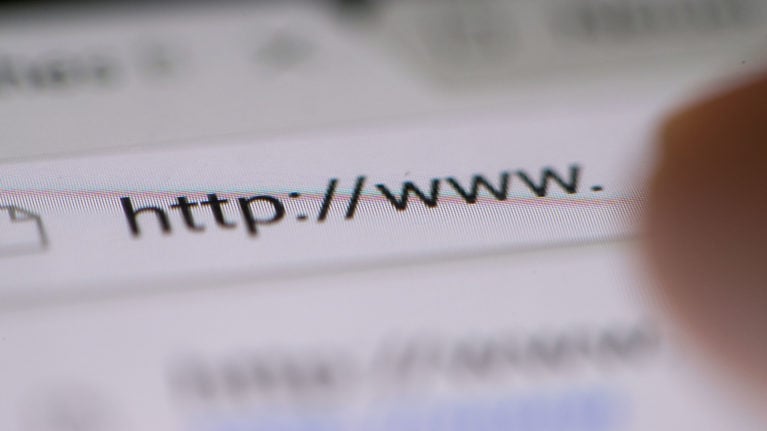 From the moment the world went into pandemic lockdown officials have struggled to stay on top of the fast-moving crisis, both in terms of halting the spread of COVID-19 through social distancing and lockdown measures, as well as understanding and mitigating the severe shock to the economy and peoples’ lives. With governments, businesses and health experts flying blind, timely data has never been more vital.

As it turns out, one surprising solution may come down to our fat fingers.

Toronto-based RIWI is in the business of opinion research and analysis, but unlike surveys that ask questions through conventional channels like email or phone interviews, RIWI uses machine-learning technology to collect real-time data through questionnaires people reach when they randomly stumble onto the Internet’s millions of dormant or vacant web domains, whether by clicking on search results or mistyping URLs.

“We’re able to tap into the opinions of people who don’t otherwise answer surveys,” says Neil Seeman, the founder and chief executive officer of RIWI, which grew out of a University of Toronto lab during the H1N1 pandemic in 2009. “This is the first pandemic we’ve had in this complex, dynamic, noisy web-enabled information environment, where the way you receive information, and interpret information is in some ways more important than the data itself.”

With the latest job numbers for April showing employment collapsed by another two million, sending the unemployment rate to 13 per cent, RIWI’s data adds more layers to how we understand the current health and economic crisis.

Maclean’s asked RIWI to share some of its survey results, which we will update as the lockdowns across Canada and elsewhere are gradually lifted. The survey questions focus on key economic questions, like the impact on incomes and how people are using emergency money they receive from government, as well as gauging the public’s confidence in health officials and their advice on social distancing.

The results also show the views and behaviours of those in several other countries. “The word pandemic comes from the Greek word for global,” says Seeman, who describes himself as an infodemeologist. “To understand the crisis in Canada and how to prevent the secondary wave, the tertiary wave, one needs to look globally and learn from other countries.”

For more on RIWI continue reading after the charts.

How well are health officials dealing with COVID-19

While confidence in health officials continues to drop in the U.K. and the U.S., in Canada there has been an increase after a steep drop in April.

How social distancing has changed over time

Struggling to pay bills because of COVID-19

What are people doing with their emergency cash from the government

Many have seen their income shrink by half

The share of Canadians who have lost half or more of their income now stands at around 40 per cent, up from 37 per cent last week. In its April jobs report Statistics Canada found that “36.7 per cent of the potential labour force did not work or worked less than half of their usual hours during April.”

COVID-19’s biggest hit to incomes is among the young

According to RIWI’s findings, 51 per cent of Canadians aged 14 to 24 saw their incomes halved, while 47 per cent of those in the next age bracket of 25 to 34 did so. Likewise StatCan’s job report found young workers suffered by far the steepest job losses. Employment among those aged 15 to 19 fell 40.4 per cent while those aged 20 to 24 saw employment fall 31.1 per cent.

To reopen or not to reopen after COVID-19

Canadians continue to be more supportive than Americans of the speed with which their governments are reopening their economies.

The idea for RIWI, which stands for real time interactive worldwide intelligence, grew out of an idea Seeman sketched on his daughter’s erasable marker board in 2006 to use dormant and vacant website domains as vehicles to conduct surveys. He patented the idea that year. “I’ve been obsessed with one problem, which is how do you collect reliable, continuous scientific opinion data from every day people in every country around the world,” he says.

In the web’s early days he’d traded in web domains, but registering and selling URLs had never been a particularly lucrative business. By the mid-2000s Seeman began working in the health care field and by 2009 he was able to build out his unique data-gathering strategy while running a health strategy think tank at the University of Toronto’s Massey College. RIWI was put to the test that year tracking public perception of the vaccine developed to fight the H1N1 pandemic. RIWI gained further attention in 2011 by tracking and predicting the fall of Egyptian leader Hosni Mubarak. (In 2015 RIWI went public on the Canadian Securities Exchange.)

The concept behind RIWI’s data gathering is simple, albeit unorthodox. There are hundreds of millions of Internet domains and at any moment tens of millions sit empty, either because they were abandoned or were registered but as yet unused. Vast numbers of domains are slight variations on other website names someone registered in order to catch traffic when users mistype an address into their browsers.

RIWI contracts with domain name brokers, website registries and ad tech publishers to use those domains to circulate its surveys or those of its clients and partners, which have included universities, the UN World Food Program, the U.S. Agency for International Development and hedge funds. Surveys are gathered anonymously, though the company uses a respondent’s IP address to identify their location. While the company acknowledges the survey respondents skew slightly younger, because of the demographic make-up of web users, its unweighted survey data closely matches census data by age, gender and geographical distribution. To date, more than 1.6 billion people from nearly 230 countries have responded to RIWI surveys, Seeman says.

As the world grapples with COVID-19 Seeman emphasizes the need for real-time data to continuously evaluate both the state of the economy and how receptive people are to the advice of public officials. And not just in Canada, but in other countries hit hard by the virus, including China.

“Right now there’s a narrative around the world that in China the economy is bouncing back. It’s not. It’s struggling. It’s very painful,” he says. “We can learn a lot from China if we put aside all our cognitive associations with China and look at the people of China — what they are observing, thinking, doing, reacting, both on the economic side and on the health protection side, can help inform us. Not only medically in terms of the real experiments they’re doing, but helping us understand what we need to do to be prepared for the next wave of the epidemic.”

The challenge of knowing which messaging from health officials works, and which doesn’t, will also only grow as governments begin to lift restrictions on economic activity and movement. “Going back to work in a graduated way is a very difficult message to convey to an already confused public,” he says. “How do you test which message is effective and which is not.”