Loblaw could owe you much more than $25

After 14 years of inflating the cost of bread, the grocery giant's gift card mea culpa is not enough, say class action lawyers 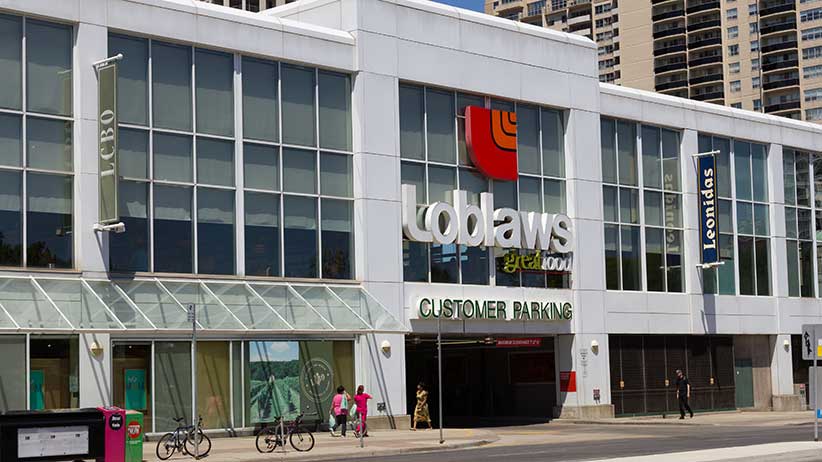 Earlier this week, Loblaw Cos Ltd. and its parent company George Weston Ltd. admitted to participating in a 14-year price-fixing conspiracy that inflated the cost of bread on the shelves of nearly every major grocery chain in Canada.

While the companies acknowledged that what they did was wrong, they likewise applauded themselves for reporting the scheme “upon discovering this anti-competitive behaviour.” In the statement, the companies also let consumers know they’d be eligible for a $25 Loblaw gift certificate as reimbursement for their losses.

“That strikes us as very low,” says David Wingfield, a partner at Strosberg Sasso Sutts LLP., and one of two lawyers now leading a class action lawsuit that’s been filed against the parties implicated in the scheme. The claim, filed on behalf of a customer named Marcy David, seeks $1 billion in compensatory damages and another $100 million in punitive damages.

For its part, Loblaw said it will pay between $75 and $150 million in damages, depending on how many customers take it up on its gift card offer. “I think it’s unconscionable,” says Jay Strosberg, the other lawyer involved in the class action, who wagers that many customers would have forked over much more than $25 in unjustified fees over the years. Indeed, bread is a dietary staple—a mainstay on the weekly grocery list, which families pony up considerable money for over time.

Maclean’s crunched the numbers for several hypothetical scenarios to find how much someone might spend on bread over 14 years before and after price fixing. The findings, while speculative, reflect Wingfield and Strosberg’s assessment that $25 is woefully insufficient.

READ MORE: Here’s how to get $25 from Loblaws after it admitted to fixing bread prices

Take, for instance, the popular Loblaw bread brand Country Harvest as a theoretical case study. A loaf of bread is listed at $3.49. Say the company artificially raised costs by 10 per cent per loaf. After accounting for inflation, someone who purchased one loaf each week over the course of the 14 year scheme would be entitled to approximately $195.52—nearly eight times what Loblaw is offering. Or close to $400 for a family buying two loaves a week. For small businesses—cafes or restaurants—it’s easy to see how that cost can stretch into the thousands.

Of course, it’s possible Loblaw was more conservative in its gouging. Say it raised prices by just 5 per cent. Then, weekly bread-buyers would still be out $102.44. For the gift certificate concession to be proportionate to this hypothetical customer’s loss—that is, less than $25 dollars over 14 years—Loblaw could only have raised bread prices by about 1 per cent.

Wingfield says that’s highly unlikely. “It’s a lot of work to involve yourself in conspiracy over 14 years, says the lawyer, noting that the price hike likely accounted for “a fairly large percentage of bread prices. To do that for a nickel per loaf of bread—although it’s a lot of bread and the numbers do add up—it still seems to be a lot of work for a very small incremental cost,” he adds.

At this point, neither the company nor the Competition Bureau has said how much the price fixing inflated bread prices. “The card program cost should not be viewed as an estimate of damages,” Loblaw and George Weston said in their statement, adding, “The Companies’ cash balances far exceed any realistic damages scenario.”

Meanwhile, the legal duo cautions customers against racing to get their $25 gift card. Loblaw’s news release didn’t make clear whether accepting the gift card would preclude customers from joining the class action suit if it goes forward. “We’re concerned about that,” says Wingfield, while Strosberg notes, “The question is: Do you want to give away your right for a coupon?”

In an email to Maclean’s on Wednesday, Loblaw communications vice president Kevin Groh assured that people who accepted the gift card would still be able to participate in a suit. “Getting compensation in situations like this can take many years, while our $25 card will be available more immediately,” said Groh. “The card is an effort to show our customers that we take this issue and their trust seriously. All of the terms and conditions of the program will be clear when card registration begins January 8. Even if they accept our offer, customers can still receive additional compensation from us or any of the other retailers named in class action lawsuits.”

But many customers, like David, say the concession is too little too late. Since Tuesday, when Loblaw and George Weston effectively confirmed the conspiracy, Strosberg and Wingfield say they’ve heard from over 500 people expressing interest in joining the class.

Price fixing is punishable by 14 years in prison, a maximum $25 million fine, or both. Loblaw and George Weston managed to evade those penalties by disclosing the price fixing program to the Competition Bureau through its leniency and immunity program. Other companies found to be involved may not be so lucky.

Historically, though, charges for price fixing tend to be minor. In 2007, Cadbury tipped off the Competition Bureau to its involvement in a chocolate price fixing scheme with Nestlé, Mars, Hershey and retailer distributor ITWAL. After a drawn-out investigation, the charges against Mars and Nestlé were stayed, and Hershey, which pleaded guilty to price fixing, was handed a mere $4 million fine.

Another investigation launched in 2004 found companies in Quebec had conspired to jack up gas prices in four different cities. The Competition Bureau charged 39 individuals and 15 companies in the scheme. Only Les Petroles Global Inc. was fined—for $1 million—and six people were sentenced to 54 months in jail, none of whom served any time.

“It’s important that these things get unmasked and dealt with. And the leniency program is the best tool there is to accomplish that goal,” says Wingfield. That doesn’t mean culpable parties are absolved of responsibility. While perhaps not criminally liable, they still have to answer to the public.

“That’s where we come in,” Wingfield adds. “We make sure the people who have been damaged by the conspiracy are compensated for the affects. That’s how Loblaws in this case will get its comeuppance: It will have to pay money to consumers.”