Canadians can't stop lying to themselves about their debt

It's clear Canadians are caught in a debt trap. The more they talk about digging themselves out, the deeper they sink.

To absolutely no one’s surprise, Canadian households continue to pile on more debt. The latest figures from Statistics Canada released Thursday reveal the level of credit-market debt to disposable household income hit an all time record of 163.3 per cent in the fourth quarter of 2014. This means that for ever $1 in disposable income, Canadians carry $1.63 of debt. That’s up substantially from $1.30 a decade ago.

Many Canadians seem to know they’ve got a debt problem. They seem know they have to tighten their budgets, save more, and chip away at their credit card, line of credit and mortgage balances. And they seem to know they can’t keep on borrowing and living beyond their means forever. Only, they also seem completely powerless to rein themselves in.

Each December for the past few years CIBC has released a survey of Canadians and their financial priorities, and each year a growing number of people have said their goal is to pay down their debt. In the most recent poll, the share of respondents who said debt repayment was a “top priority” rose to 22 per cent from 14 per cent in 2011.

Now here’s what’s happened to debt-to-income levels over that time. (For best results on mobile, view chart in landscape mode.) 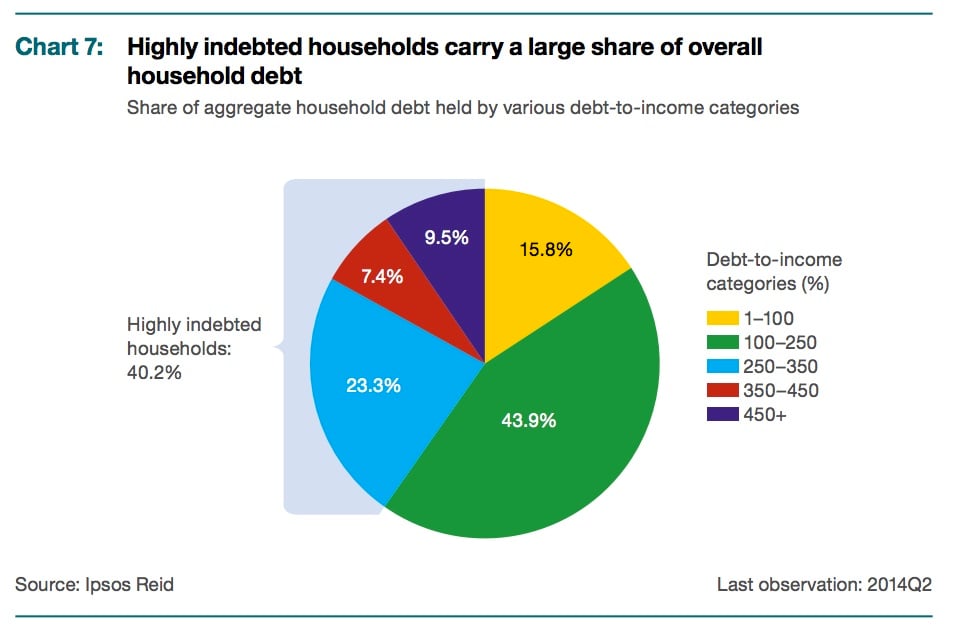 The recent jump in the household debt-to-income ratio also came before Bank of Canada Governor Stephen Poloz surprised everyone by cutting the overnight rate to 0.75 per cent from one per cent, where it had lingered since 2010. That’s almost certain to spur additional borrowing, and if incomes continue to stall out, the household imbalance is likely to break new records in the quarters ahead.

It’s clear Canadians are caught in a debt trap. The more they talk about digging themselves out, the deeper they sink.