Why house prices are unlikely to rise any time soon

While this season usually brings a wave of interested buyers, economists wonder if we’ll see a spring thaw in the market this year 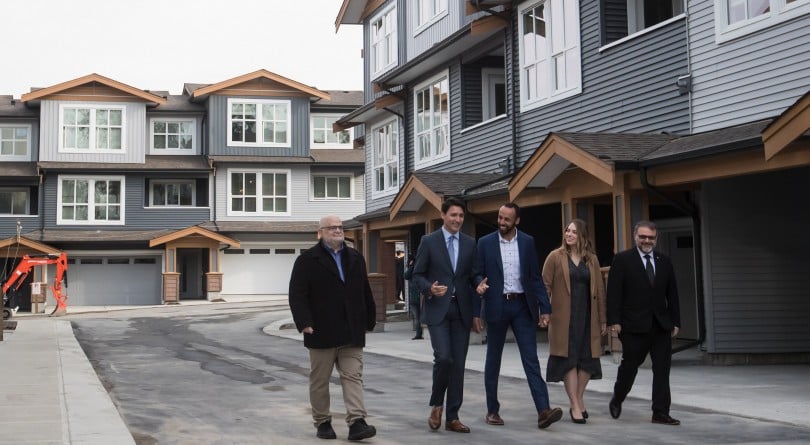 Two years ago, the Canadian housing market experienced one of its hottest springs ever, with prices in cities like Toronto and Vancouver rising at an alarming rate. But since then, real estate has lost its sizzle, thanks to the implementation of foreign buyer taxes, higher interest rates and stricter mortgage qualification rules. And while the federal government promised new help for first-time buyers in the recent budget, many details are unclear. While this season usually brings a wave of interested buyers, economists wonder if we’ll see a spring thaw in the market this year.

In particular, sluggish activity in recent months has some economists questioning where things are headed.

“[February was] an ugly month for the housing market,” RBC senior economist Andrew Agopsowicz wrote in his latest housing analysis. He noted that resales fell 9.1 per cent nationally, the biggest drop since stricter mortgage rules were introduced last year.

Last January, the government imposed a new mortgage stress test. Uninsured borrowers must now qualify at the Bank of Canada’s five-year benchmark rate, or at their current rate plus an additional two per cent. The changes had an instant effect on sales, one that is likely to continue this spring. Prices in February fell for Vancouver, Edmonton and Calgary, marking Calgary’s 10th month of drops, with Edmonton in negative territory since the summer of 2017. Agopsowicz predicts that lower oil prices will continue to weigh on the Western market.

The Toronto market also appears to be struggling—prices remained steady in February, but resales dropped 12.6 per cent, a trend Agopsowicz predicts will spread across the rest of Ontario.

It’s worth noting that February tends to be a slow month for home sales in general, and that things could pick up in April, according to Marc Desormeaux, an economist with Scotiabank. “A number of major cities reported above-average snowfalls and below-average temperatures this year,” he wrote recently. “We suspect that home buying will rebound in many centres in the coming months amid stable job creation and rising immigration.”

Sales in Ontario have remained close to their long-run average, he noted. But despite this optimism, Desormeaux said the B.C. market appears to be struggling under a stricter foreign buyer tax imposed last spring. The current lack of demand has placed the formerly hot market firmly in “buyer’s territory”—there have been more new homes listed than sales in the past few months.

And while some were predicting that the 2019 federal budget might have an impact on the market, it now seems unlikely that any of the initiatives announced by Finance Minister Bill Morneau will have an effect on the spring market. Arguably the budget’s biggest measure aimed at helping the real estate market was the new Canada Mortgage and Housing Corporation (CMHC) First-Time Home Buyer Incentive. Those with a household income of under $120,000 will be eligible to receive a credit worth up to 10 per cent of their home price from the CMHC, thus reducing the overall cost of their mortgage. The plan provides $1.25 billion over three years toward aiding new buyers in securing a mortgage.

But with details about the program—including how long buyers will have to repay the money, and when it is expected to launch—still to come, it seems that any boost in sales is at least a few months off. Furthermore, the price of a home eligible for the program would be capped at $480,000, meaning markets like Toronto and Vancouver, where a detached home can cost $1 million or more, would largely be exempt. “The government expects up to 100,000 first-time home buyers will be able to benefit from this program over the next three years. But its impact will ultimately depend on uptake of what is quite a novel program,” wrote Craig Wright and Josh Nye, economists with RBC, in a recent note on the budget.

That uptake will likely come in the summer or fall, they note, adding that “it’s hard to see the program helping buyers in Canada’s least affordable markets.”

So what should you make of this information? If you’re looking to buy, this could be good news, especially if you’re focused on some of the country’s more affordable markets. If your budget is under the $480,000 cap, it could be worth waiting to see how the new CMHC initiative shakes out.

TD economist Brian DePratto says that the changes announced in the budget will likely have some effect on the market—although it’s hard to say how much. Initial analysis suggests the new initiatives might increase sales by two to five per cent through the end of 2020, with prices increasing at a similar rate. “In terms of the economy, these measures are not game-changers, but they will have a modest impact on markets,” he writes.