How Doug Ford's tax plan could bring back a housing bubble 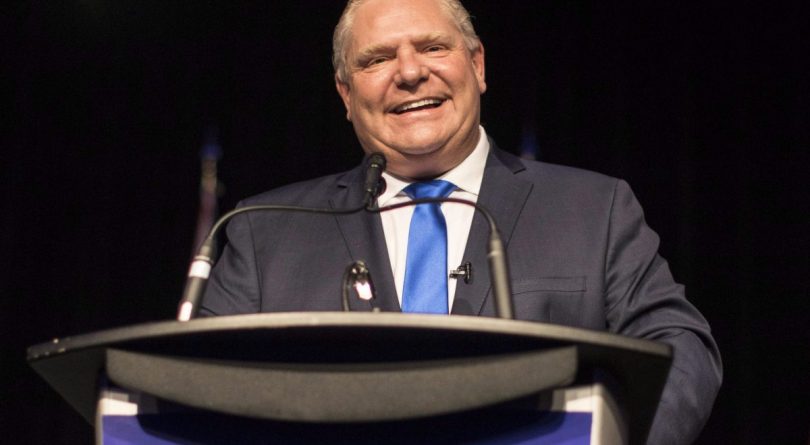 Election season is the time for politicians to throw out outlandish proposals to see what sticks. So it’s not entirely surprising that Ontario PC leader Doug Ford mused recently about abolishing the 15 per cent non-resident buyer tax on real estate, which was introduced last year by the Liberal government. But not only is such a move likely to win little popular support, it could also start re-inflating a housing bubble that policymakers have struggled to control.

“I just don’t like the government getting involved,” Ford told the Globe and Mail. “I believe in the market dictating. The market, no matter whether it’s the stock market or anything, it will always take care of itself—supply and demand.”

It’s a puzzling statement. “How that can possibly be a top priority, especially given very compelling evidence that said tax played a huge role in deflating the Toronto housing bubble in the past year, is a mystery,” wrote BMO chief economist Doug Porter in a recent note to clients. Well, perhaps not that mysterious. Ford does have a habit of speaking first and thinking later. Plus, Ontario Premier Kathleen Wynne is faring so badly in the polls that knee-jerk opposition to her policies might be considered a safe bet.

READ: How to cool a red-hot housing market

Scrapping the tax, however, risks lighting a fire under the Greater Toronto Area real estate market again. It might not even be that popular. A poll conducted after the tax was implemented in April (conducted on behalf of the Ontario Real Estate Association, no less) showed 81 per cent of respondents were in favour of the measure.

Ford’s statement also incorporates a false assumption about real estate more generally. Blanket opposition to government intervention ignores the fact that governments have always intervened in the housing market, but to support it. The Canada Mortgage and Housing Corporation currently insures $484 billion in loans so that Canadians can more easily afford to buy real estate. Without the CMHC, home loans would be much more expensive. The CMHC, it’s worth pointing out, is ultimately backstopped by taxpayers. There are other ways governments promote homeownership, such as through the Home Buyers’ Plan. The Canadian Real Estate Association even lobbied the federal government to expand the plan so that parents can withdraw money from their own retirement funds to help their kids buy homes.

Policies such as a foreign buyer tax that are seen as hampering the market (and thereby depriving homeowners of equity gains) are bound to be more controversial. Ford’s stated preference to dealing with affordability issues is to build more housing. That’s fine on its face, but no amount of supply can alleviate insatiable demand. That’s what the GTA experienced last year, when prices skyrocketed as buyers rushed to get a house at any cost for fear of getting permanently shut out of the market. Some areas of the GTA saw a big increase in people purchasing investment properties, too, according to research from Realosophy. The tax helped deflate that frenzied, speculative mindset. (It also brought in $132.6 million in revenue between April and November, for what it’s worth.)

In the month after the tax was introduced, the Ontario government released data showing 4.7 per cent of transactions in the Greater Golden Horseshoe involved non-residents. Between August and November, the presence of foreign buyers dropped to 1.9 per cent. Removing the tax would likely entice foreign money again. Josh Gordon, an assistant professor at the Simon Fraser University School of Public Policy, has argued that even a relatively small percentage of international buyers, who typically purchase more expensive properties, can have a large effect on prices.

READ: Is Doug Ford’s position on cannabis sales an opportunity for the NDP?

Regardless, there are factors aside from the foreign buyer tax that could keep the market from exploding like it did last year. Interest rates are slowly rising, making mortgages more expensive. A new stress test also went into effect in January that makes qualifying for a mortgage more difficult.

It pays to remember that foreign capital, like water, prefers the path of least resistance. The GTA market really caught fire in 2016 after a foreign buyer tax was implemented in Vancouver, and some economists have argued buyers simply moved their dollars eastward. Ontario’s tax put the two markets on a level playing field in 2017, but that’s not the case any more. British Columbia recently brought in new measures to improve affordability. The NDP government’s first budget in February raised the foreign buyer tax to 20 per cent and expanded the region to which it applies beyond Metro Vancouver. The NDP also introduced a tax that applies to vacant homes owned by out-of-province individuals and corporations, starting at 0.5 per cent of a property’s assessed value in 2018, and rising to 2 per cent thereafter.

It’s not unreasonable to think the GTA will once again become a relatively more attractive destination for foreign capital in light of B.C.’s new measures. The housing market has endured a host of policy changes over the past year, from taxes to mortgage restrictions, and it’s probably a wise bet for any government to closely monitor the impact first—before reversing course in hopes the market will take care of itself.