Canada's housing bubble: Not on the election agenda

Don't expect federal leaders to get serious about the bubble—they have too much to gain from the status quo, writes Jason Kirby 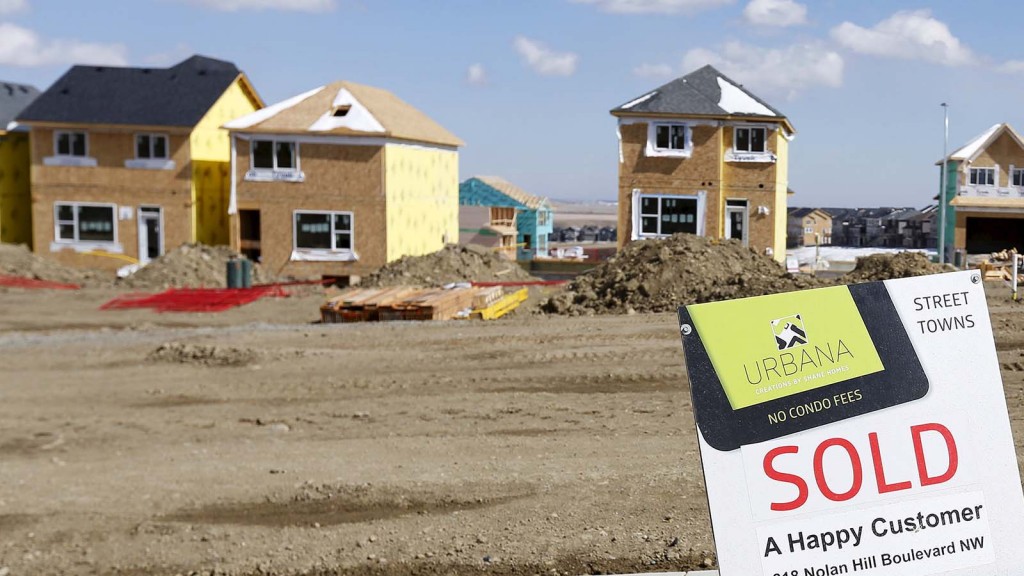 Given the real estate sector’s importance to the economy—it amounts to $4 trillion of Canadians’ wealth, is equal to roughly seven per cent of GDP and dominates 99 per cent of dinner-party conversations—you might have thought the housing market would be a significant point of debate in the federal election campaign. Remember, this was supposed to be an election about the economy. So much for that.

By now, it should be clear what’s at stake. Real estate has been a primary driver of Canadian economic growth for several years. It single-handedly lifted us out of the Great Recession, while soaring home prices made homeowners feel richer, spurring them to borrow and spend at a time when other parts of the economy, such as manufacturing and exports, have stagnated. With the collapse of the energy sector, housing is now the only game in town. And yet our pumped-up housing market and household debt levels are the greatest threats we face. This week, Citigroup became the latest in a long line of organizations, including Bank of America Merrill Lynch and the IMF, to express alarm. Canada’s housing market, it warned, is at risk of a “sharp and disorderly decline in home prices” that would harm the broader economy. Even the Canada Mortgage and Housing Corp. (CMHC), the federal agency that insures lenders against mortgage losses—and which has been dismissive of bubble talk in the past—is skittish. Last week, CMHC said Toronto is now at “high risk” of suffering from a correction.

Given the decisions regarding the housing market that will have to be made by the next government, the election campaign has been a disappointment. It’s not that voters don’t have any real estate policies to consider; it’s simply that, so far, they’ve been awful. Prime Minister Stephen Harper’s first major promise of the campaign was to introduce a permanent tax credit for homeowners who carry out renovations. A similar tax credit was rolled out as part of the stimulus response to the recession. It was justifiable then. Now, it’s simply another boutique tax credit that risks inflaming an already overheated housing market.

In another pledge, Harper said he would boost the amount that first-time buyers can withdraw from their RRSP accounts to make down payments; the current limit of $25,000 would increase to $35,000. Given that half of all homebuyers in the program already fail to make their full annual repayments, thereby incurring extra tax charges, a policy that encourages Canadians to further de-save from their RRSPs is misguided.

Last, in a sop to those feeling squeezed out of the market—and, for good measure, to the xenophobes on both the left and the right—Harper vowed to gather data on foreign (read: Chinese) buyers in Canada’s major housing markets. More data is always good, but, taken as a package, the message from the Conservatives has been: ‘Foreigners are to blame for driving up house prices, so vote for us and our other policies will drive up house prices.”

That the Conservatives might want to juice the market isn’t really surprising. Harper’s core of support is those home-owning Boomers and seniors who would benefit. If higher prices anger younger Canadians, well, they were unlikely to vote for him anyway.

Yet, during the campaign, even NDP Leader Thomas Mulcair has done little but warn that “there could be a bubble created there, and we could be in for a terrible surprise.” The NDP’s platform does include subsidies in the form of tax breaks for landlords to construct affordable rental units, but Mulcair has refused to say if he would use the federal government’s regulatory powers to tighten lending rules and cool the market. In fact, he believes CMHC has done a “fine job.”

The reality is that whoever wins the next election will be hoping beyond hope that prices continue to rise. Nor is he about to do anything that might jeopardize that ascent. Even a modest slowdown in real estate activity could crimp the ability of the next government to follow through on its promises, be they tax cuts or spending initiatives.

There are several issues that should be up for debate. How about tackling the moral hazard at the heart of the boom? After all, the protection from losses that CMHC provides to Canada’s banks inherently reduces their need to be cautious about how much, and to whom, they lend. What about the threat from mortgage fraud, which is far more widespread than regulators and the industry want to admit? And where do the leaders stand on the mounting danger from shadow lenders, the non-bank lenders tapping ultra-low interest rates to extend mortgages to subprime borrowers even the banks won’t touch? Don’t expect to hear any of that discussed in the coming weeks, however. The parties simply have too much to gain from the bubble.