Canada's economy may never return to what it once was

No, it won't come roaring back by the summer. Canada is enduring an economic collapse many economists warn will make the Great Recession seem tame by comparison. 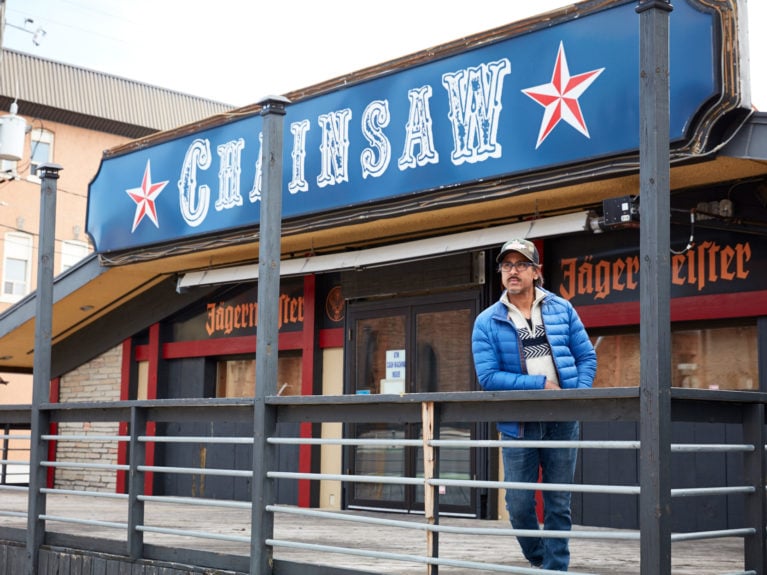 When the Chainsaw bar in Waterloo, Ont., opened its doors in mid-2009, it was just weeks after the official end of the last recession and the start of the long-slog recovery that followed. Even so, the bar soon became one of the university town’s most popular watering holes, renowned for its cheap drinks and raucous karaoke nights. So when the bar temporarily closed its doors on March 16, part of the expanding effort to stop the spread of COVID-19, many locals expected the place to be back up and running once the viral threat had subsided.

Instead, in late April, owner Ryan Good announced the shutdown would be permanent. With debts piling up, he says, even the federal government’s various rescue packages couldn’t overcome two questions nagging him: “What is the world going to look like when we come out of this, and could Chainsaw be a part of that new world?”

RELATED: Expert tips on how to save the economy

The bar’s ordeal, and the loss of 50 full- and part-time jobs there, is a microcosm of a punishing story unfolding across Canada as the country endures an economic collapse many economists warn will make the Great Recession seem tame by comparison. To combat economic fallout from the lockdown, governments and policy-makers have announced a barrage of historic measures—like emergency loans, wage subsidies and commercial rent assistance—aimed at putting businesses on life support so they can survive until social distancing restrictions are lifted. The hope, as Prime Minister Justin Trudeau has repeatedly put it in his daily press briefings, is that these steps will allow the economy to come “roaring back.”

But to what? As the weeks of coronavirus restrictions have dragged on, it has become ever more apparent that the hopes of a rapid return to the way things were before—the fabled V-shaped recovery—is out of the question. “It is wishful thinking to believe that things are going back to normal by the summer,” says Benjamin Tal, deputy chief economist with CIBC.

There are a host of reasons for this, says Tal, but one of the most acute will be enduring anxiety about a second wave of the pandemic hitting, and whether that could force another tightening of social distancing restrictions. In the 1918 Spanish flu outbreak, the second wave proved far more deadly than the first. However, even if that doesn’t happen or if there are only minor flare ups, it will still be enough to cause restaurant goers and consumers to think twice about venturing into crowded establishments. Likewise, business leaders will hold back on hiring and investing, out of uncertainty.

It’s a pattern likely to lead to what Tal describes as a “zig-zag” economy, and it’s one that could last until there is an effective and widely distributable vaccine in 2021 at the earliest. But even then, he notes, the damage wrought upon the job market over the past two months will have a lasting and damaging effect. In the coming months, unemployment will rise from its pre-crisis level of 5.5 per cent to more than 13 per cent, according to the bank’s forecast, before dropping back to eight per cent next year. That means we’ll recover from the zig-zagging of the economy into more conventional recessionary conditions on the job front. “It would be naive to think there won’t be permanent damage from this,” he says. 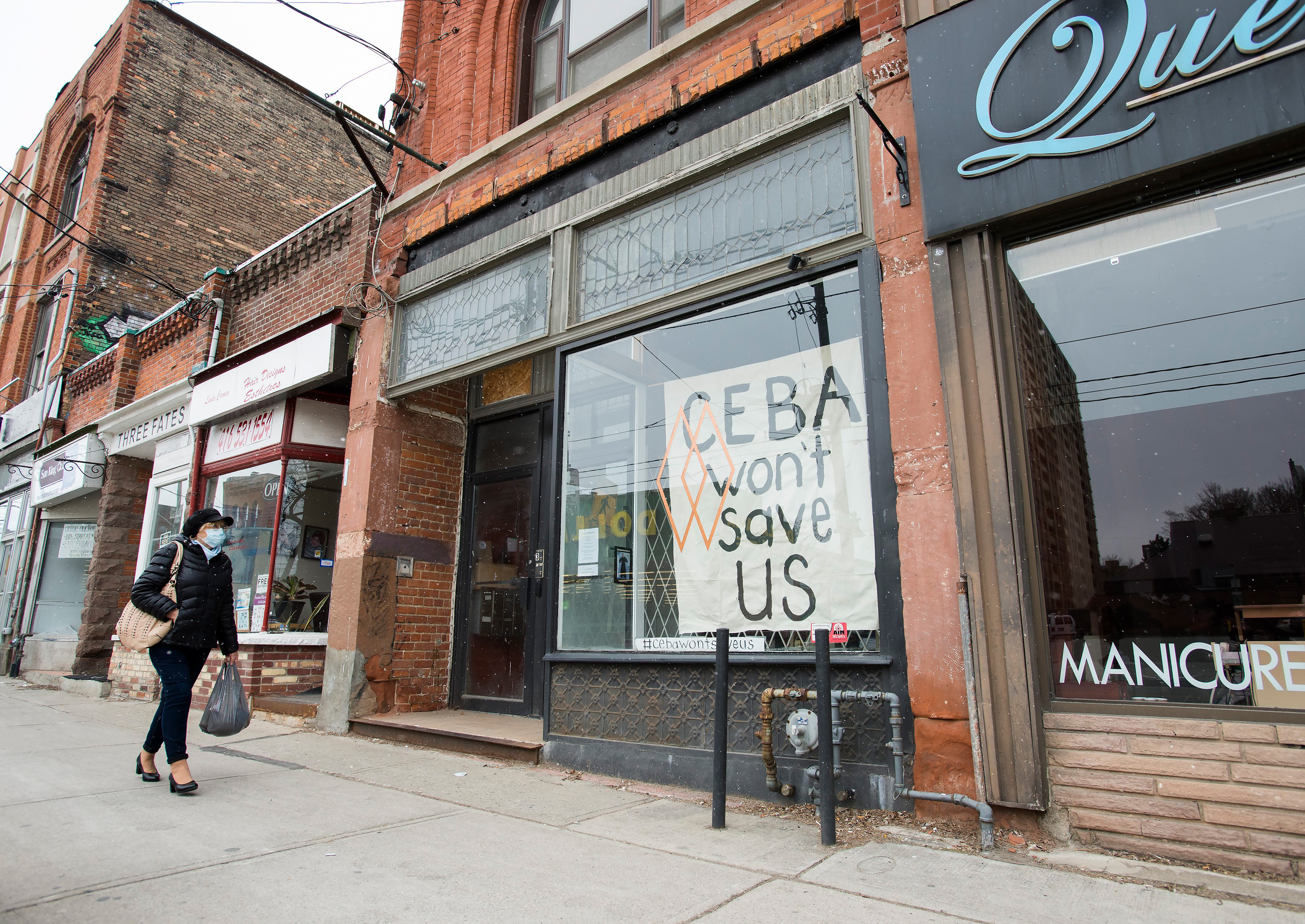 Small businesses, which employ 60 per cent of Canadians, are particularly hard hit—which is not surprising, since many like Chainsaw are on the front lines of the service industry, which has been particularly impacted by social distancing. A survey conducted by the Canadian Federation of Independent Business (CFIB) of its members found 40 per cent of small businesses owners believe they may not be able to keep the lights on if the current COVID-19 restrictions were to last until the end of May. But even if measures begin to lift this month, as provincial premiers have cautiously vowed, it will be too late for many businesses.

“In my estimation there is no way, even with all the support programs or if restrictions start to lift, that we come out of this without tens of thousands of small businesses closing,” says CFIB chief executive Dan Kelly. “Even if it’s just three per cent of small businesses that close, we’re still talking about 30,000 companies.”

Of course, these forecasts stand in stark contrast to what stock markets seem to expect. Throughout April, investors seemed willing to give optimists the benefit of the doubt. Since global markets bottomed on March 23, with the S&P/TSX composite index having plunged 37 per cent, markets everywhere rebounded sharply in April in what was the best month for stocks in more than three decades. That was despite a string of brutal data releases that showed the sharp rise in unemployment and a collapse in retail sales, manufacturing and real estate activity.

READ: The end of economic growth

At least as of early May, when this story was published, markets were dutifully taking their cues from central bankers who have pumped trillions of dollars of liquidity into the financial system to keep it from seizing up.

Count outgoing Bank of Canada governor Stephen Poloz among those who believe the old normal is not out of reach. On April 29, he delivered a virtual speech that was full of the type of hopefulness you might expect from a central banker trying to hold an economy together. He dismissed comparisons that have been made between this crisis and the Great Depression—the last time the economy contracted to such an extent—as “unhelpful,” and instead likened this moment to a natural disaster. “Economic recoveries from natural disasters are usually quite rapid and robust,” he said, touting the soundness of Canada’s economy going into the pandemic as a strength that will carry us back out. “Just as a healthy, fit individual is more likely to shake off COVID-19, so is the Canadian economy,” he said.

Yet it’s worth asking just how fit Canada’s economy was before the pandemic hit. In fact, the parts of the economy that were powering growth were those fuelled by indebted households, like retail sales and the real estate sector. Business investment, meanwhile, had stagnated once again.

The strains were already starting to show before the pandemic sped up the process. A closer look shows that a lot of businesses were struggling amid a slowing economy even before the lockdowns put a freeze on economic activity—meaning some of the businesses laying off workers were already at risk of closing for good. Starting last fall, the number of business insolvencies began to rise on a year-over-year basis for the first time since the early 2000s, according to data from the Office of the Superintendent of Bankruptcy.

Last month, Shakers—an indoor and outdoor family entertainment centre in southeast Calgary that usually employs around 50 people during the summer months—announced it was shutting down permanently after 14 years in operation. For owner Christine Buhr, it was a decision that had been coming long before the world ever heard of COVID-19. While the attraction had powered through the Great Recession relatively easily, the downturn that struck Alberta after oil prices began to crash in 2014 left a lasting scar. “We were one of the first economic indicators of how bad things were,” she recalls. “We saw a massive drop-off after that.” As the province raised the minimum wage, the economics of the business became impossible to justify and she was exploring the sale of the Shakers property. So when the pandemic hit, along with yet another collapse in oil prices, “the writing was on the wall,” she says.

READ: What the turmoil in oil markets means for Canada’s economy

The carnage from these and other temporary and permanent closures has had a devastating effect on households that will be felt long after the pandemic runs its course. As of the end of April, more than seven million people had applied for the federal government’s Canada Emergency Response Benefit (CERB), which pays out $2,000 a month to workers impacted by COVID-19—more than 300,000 of those applications in just the final week of the month. Stephen Brown, an economist with Capital Economics, estimates that households have lost 40 per cent of their wage income across the entire economy since February. While CERB payments help close the gap, Brown estimates the net loss in income is still 21 per cent.

For some workers, in particular women with children, this crisis could set them back years, says Lindsay Tedds, an economist with the University of Calgary. “Everyone is talking about opening up the economy and nobody is talking about how you get parents back to work when schools are closed or when parents want to keep their children home because they are immunocompromised,” she says. Yet we know that when parents leave work to take care of children, it severs their attachment to the labour market with lasting consequences. “If we don’t think about this properly, women particularly are going to be hit by this and it could take generations to come out of this,” says Tedds.

For now, economists are left to grapple with how the economy is going to change in the short and long term as a result of this crisis. In an April report, CIBC’s Tal peered three months into the future at what life in Canada is likely to look like. In short: how we work, live and consume would be scarcely recognisable to our pre-pandemic selves. Many older Canadians and those with preconditions will be expected to remain at home. Factories will require minimum distances between workers and operate at reduced levels, which will crimp output. Stores and restaurants too will require customers to maintain social distancing, while many businesses will continue to ask large numbers of their employees to work from home. As Bank of Nova Scotia warned its employees last week, “Our ‘new normal’ is unlikely to be us resuming our ‘old normal’ in terms of how and where we work.”

In the meantime, the bad economic news continues to pile up. The average forecast among economists at the country’s five largest banks sees Canada’s economy shrinking by more than 40 per cent in the second quarter, on an annualized basis. As if it needed declaring, the C.D. Howe Institute’s Business Cycle Council, the arbiter of recession dates in Canada, said on May 1 that the pandemic recession officially began in March.

Call it the month when the Canadian economy as we knew it died. For thousands of business owners and millions of workers, there’s no going back.

This article appears in print in the June 2020 issue of Maclean’s magazine with the headline, “What lies ahead.” Subscribe to the monthly print magazine here.