The truth about dairy farming in Canada

With producers predicting more than $1 billion in losses and demanding compensation, we took a hard look at the state of the industry—here and across the border 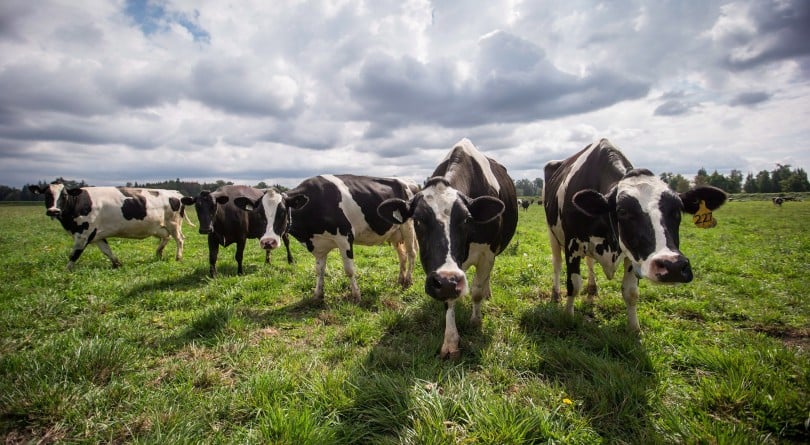 The morning after the U.S. and Canada reached a deal to save NAFTA, the Dairy Farmers of Canada put out a press release under the headline: ‘Dairy Farmers’ livelihood sacrificed again.’ On Wednesday, in another release, the DFC put a number on the combined cost to them of the USMCA and other recent trade agreements: “At the farm gate alone, this represents an annual loss of $1.3 billion for farmers,” it said, adding that the deals have “displaced 18 per cent of our homegrown high-quality milk.”

The new deal gives American farmers’ tariff-free access to 3.6 per cent of Canada’s dairy market. America will soon be able to send hundreds of millions of dollars of more product into this country. It also abandons Class 7, a scheme that governed the price of certain ingredients like skim milk powder and proteins—to the advantage, American farmers complained, of Canadian producers.

Conservative leader Andrew Scheer accused that Trudeau’s Liberals “backed down” when it came time to protect Canadian dairy farmers, while the NDP’s Jagmeet Singh said the new deal “betrayed” producers by “eroding supply management.” On Tuesday, Chrystia Freeland told the CBC that dairy farmers will be compensated for losses. That did not seem to soften the tone of producers, who voiced their displeasure on social media. “A handful of dollars doesn’t replace the livelihood of dairy farmers,” tweeted the DFC.

RELATED: Canada’s farmers aren’t a monolith—and for many of us, the USMCA is a good thing

USMCA will mean more American labels on Canadian shelves, which is an unnerving reality for an industry that has been largely protected by supply management. But does this really sacrifice Canadian dairy farmers, as the DFC argues? And are they really in such a precarious position? Here’s what the country’s dairy industry really looks like.

How big is Big Milk in Canada?

Dairy farming is unquestionably important to Canada. It’s one of the largest agricultural sectors in the country and contributes roughly $19.9 billion to the country’s GDP annually, according to the DFC, a number that includes both farms and processing plants. There are 10,951 dairy farms (reported by the Canadian Dairy Information Centre, a government-industry web resource) and a little more than 400 processors across the country providing jobs to more than 100,000 people. Nearly a million dairy cows and about 450,000 heifers live on the farms.

Former Liberal MP Martha Hall Findlay, now the president and CEO of the Canada West Foundation, a public policy think tank in Calgary, suggests that the rate of consolidation is higher in supply-managed industries than it is in other sectors, which has forced more and more family farms to merge into larger ones. When supply management was introduced in the 1970s, there were roughly 145,000 producers in Canada. Today, dairy farmers make up just six per cent of all Canadian farmers.

How much does a dairy farmer earn?

The average dairy producer’s net worth is nearly $5 million, and in 2016, the average producer earned an income of about $160,000, even after operating expenses had been paid, according to the most recent numbers available from Statistics Canada. Compared to the average total income of individuals in 2016, which was $43,500, dairy farmers seem to do quite well.

RELATED: ‘A huge disappointment:’ A dairy farmer reacts to the USMCA

The U.S. dairy industry is more than 10 times larger than Canada’s, with nearly 50,000 farms. According to the USDA, in 2018, the average net cash farm income for American dairy farmers is projected to be US$144,100, a significant drop from about US$240,000 in 2017. The American numbers fluctuate from year to year due to changes in the price of milk. But on the whole, U.S. dairy farmers do not seem to fare a whole lot worse than their Canadian counterparts.

How big are these farms?

The number of Canadian dairy cows per farm has been steadily rising over the years. In 2016, the average producer had 85 cows, a 12 per cent increase since 2011. Canada is often compared to Wisconsin, one of the largest dairy producing states in the U.S., alongside California and New York, where there are about 9,500 dairy farms. They average 134 cows apiece.

What will be the impact of the USMCA?

The DFC tweeted that the deal is subjecting the industry to a death by “1,000 cuts,”while another group, the Dairy Processors Association of Canada, estimated that the additional market access will result in $2 billion worth of losses over the course of implementation. Findlay believes that the DFC’s estimate is overstated, saying the messages from the dairy industry are simply part of a “negotiation tactic for compensation.”

RELATED: The USMCA explained: Winners and losers, what’s in and what’s out

“Let’s be really clear,” she says. “This is not giving away 3.6 per cent of the market; this is merely opening up 3.6 per cent of the market to competition.” But ultimately, when it comes to dairy, the agreement was far from a clean-cut win for Canadians, Findlay adds. Lost in the rhetoric is the fact that dairy production in Canada, and exports from this country, are inherently limited by the supply management system, which is oriented around meeting domestic requirements. The U.S., meanwhile, can walk away knowing it forced Trudeau to accept a provision that forces Canada to monitor its global exports of milk protein concentrates, skim milk powder and infant formula: If certain thresholds are exceeded, then Canada must charge an export tax. “Hence the win-win for Americans and the lose-lose for Canadians,” Findlay says. “We keep shooting ourselves in the foot.”