Why Canada is a haven for knock-off goods 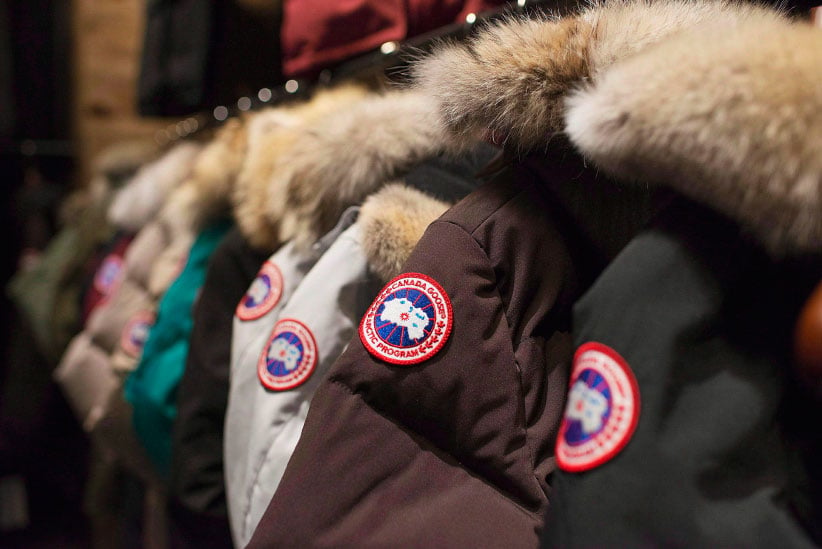 Canadians pay an economic price when authentic goods like these Canada Goose parkas must compete with knockoffs. (Aaron Vincent Elkaim/CP)

Donald Trump issued an executive order on Friday aimed at cracking down on counterfeit goods in the U.S. While the presidential order marks only the latest attempt to protect American-made goods and innovations, it’s not Mexico or China taking the heat this time; it’s Canada—and for good reason.

This country has a poor track record for harbouring and distributing counterfeit products from an illegal industry worth north of US$710 billion, according to a global study from the International Trademark Association and the International Chamber of Commerce. A recent report from the OECD pegged Canada as the third biggest source of fake goods, after China and Hong Kong, specifically technology products, that wind up for sale in Canada and abroad. Given that 20 per cent of these products are knock-offs of American brands, patents and other intellectual property, there’s little wonder the U.S. is so peeved by Canada’s lackadaisical approach to combatting counterfeit.

Trump’s ire isn’t the only problem for Canada when it comes to knock-offs. “The sale and importation of counterfeits in Canada is hurting our Canadian businesses, jobs and tax base,” says Lorne Lipkus, partner of Toronto-based law firm Kestenberg Siegal Lipkus LLP. We spoke with Lipkus, an anti-counterfeiting and trademark specialist, to better understand how Canada’s lax counterfeit laws hurt relations abroad and business at home.

How does Canada currently deal with counterfeit goods that are sold in, or pass through, the country?

We’re really bad at it. In 2014, we passed new legislation that, for the first time, gave customs officers in Canada the right to detain [counterfeit] goods at the border, and to allow the rights holders who have registered trademarks or copyrights in Canada to take action against the importer. In theory, that could have worked. Unfortunately, in the two-plus years since that law came into effect, there have been less than 50 detentions of counterfeit goods. We know the problem is much bigger than that. In Canada, it’s estimated at between $20 and $30 billion a year. We are a cesspool of counterfeit products coming into the country, both destined for purchase in Canada and destined to be exported to places around the world.

Why are so few items being flagged as counterfeit?

We do not have a champion in the government who thinks this is a serious issue. Passing a law is one thing, but that doesn’t make the problem go away. Enforcing the law, that’s what’s important. The government has to not only say to Customs, ‘You now have the authority to do the following,’ they have to follow that up with check for X amount of dollars to hire more officers or allocate resources to locate counterfeit product. That hasn’t happened.

Do you think part of the willful negligence stems from Canadian products not being the target of counterfeit? That is, if more knock-offs were mimicking Canadian intellectual property, would the government be more inclined to act?

I hear that argument a lot, from some people at the government level, but it’s a fallacy. If we talk about companies like Canada Goose or Roots or Lulu Lemon, the perception is that we’re protecting Canadian businesses, Canadian jobs, Canadian innovation by protecting those companies from counterfeit. But there’s not enough of them. If we talk about Nike and Adidas and Disney and Louis Vuitton and Gucci, and on and on, we’re talking about companies in the U.S. and Europe and in the U.K.—not Canada. The fallacy of the argument, as I see it, is that every company I just mentioned, and the majority of companies that have a [counterfeiting] problem, either licence or have stores that are in Canada, employing Canadians, paying taxes in Canada, and generating a lot of revenue for the Canadian economy.

Many of these products don’t stay in Canada. Is there a perception that, if they’re just passing through, what’s the incentive to spend the resources on policing counterfeit?

One hundred percent. This has been a source of friction between Canada and the U.S. for a while. But by letting things go that are in transit, first, we’re doing something contrary to what experts in anti-counterfeiting think is right, and second, it’s made Canada a safe haven for counterfeiters. A lot of shipments come into the country and then go into the U.S. because counterfeiters know that the border officers in the U.S. would rather look at a shipment coming from China than coming from Canada—you have a better chance of getting your counterfeits into the U.S. if you ship it into Canada. Not only is that wrong, but, in today’s global economy, does anyone believe that none of that counterfeit in the U.S. comes back to Canada? We’re all buying goods [from the U.S.], so this stuff is coming back in.

Do you think Trump’s executive order will prompt the Canadian government to take counterfeiting more seriously?

I think it may. I’ve noticed a trend over the last several years, that predates Trump, where the U.S. is trying to do everything it can to convince Canada that more has to be done on the counterfeiting issue. Some of the recent agreements talked about making our borders safer. That should include stopping counterfeit. It’s not a revelation that the U.S. is upset with Canada around the lack of enforcement against counterfeits at the border. So yes, I think it this order will help, because it furthers the position that the U.S. and others have taken against Canada’s proliferation of counterfeit.