Why everyone feels like they're in the middle class

What's middle class? It's as much to do with values as with income 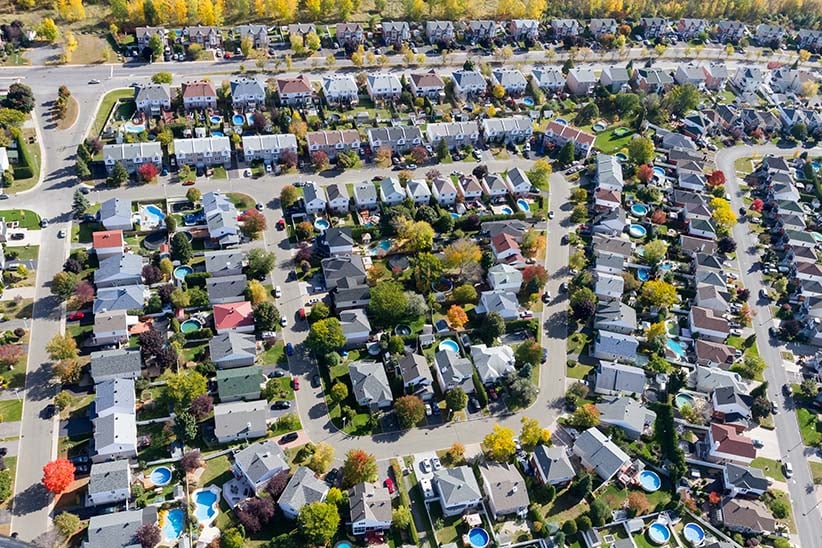 Most Canadians think of themselves as middle class. In fact, the term is so elastic that politicians know they have just about everybody’s ear when they talk about “middle class” goals and aspirations. We think they are talking to us, whether it’s about wage increases, debt, taxes, or savings vehicles to help us save for our kids’ post-secondary education.

How do we define the middle class? Depends on who you talk to. Bank of Canada governor Stephen Poloz last year said the term applies to those people who hold most of their wealth in the equity of their homes. Meanwhile, Prime Minister Justin Trudeau described the typical middle-class Canadian family as one with $90,000 in household income.

According to Nora Spinks, chief executive officer of The Vanier Institute of the Family in Ottawa, it’s misleading to simply look at the middle class as an income bracket. “Whether you think you’re middle class really depends on where you come from and what you aspire to be.”

So who are these middle-class Canadians and what defines them, besides income level? Is it the fact that they have children? A good education? A good job? Or something else?  For many it is all about total wealth, not just income. Which suggests middle-class membership is best defined by material things such as a house, a car or the ability to take an annual family vacation.

“Ontarians are spending what they bring in just to keep up,” says Ottawa-based certified financial planner Vickie Campbell. “They’re asset rich because their home is rising in price quickly but because they’re spending everything, they don’t feel that they are comfortably middle class. In the 1960s and 1970s, being middle class seemed effortless and you certainly weren’t on a treadmill to keep up. That’s all changed.”

Certified financial planner Heather Franklin of Toronto agrees. “Even though they have a lot of debt I think Canadians view themselves as middle class and fairly wealthy because of the net worth they have tied up in their homes,” says Franklin. “The Silent generation (those aged 75 to 90) never saw their home as an investment. That’s a fairly new concept but they likely felt middle class because they have always been able to meet their expenses fairly easily and lived within their means as a general rule.”

Coming up short in Ontario

The good news is that those respondents who felt middle class was, on average, 76 per cent among the other provinces outside of Ontario, showing clearly that where you live plays a big part in how much you can earn and how that measures up. For instance, according to Statistics Canada, 2014 middle-class household incomes in New Brunswick, P.E.I., Nova Scotia, Manitoba and Quebec were well below the median national average of $78,870 yet more respondents in these provinces felt middle class than Ontarians. The takeaway? National averages don’t tell the full story.

“Often singles or couples with no kids have better incomes but the fact that they don’t often consider themselves middle class speaks to the sociological fact that middle class is often seen as a model family with two kids and a house. The Vanier Institute’s Spinks agrees, adding, “If you ask a child to draw a picture of a house, no matter where they live in the world, they will draw a square with a triangle roof, a door and a window. Everything from infant toys, to childhood stories to TV advertising has painted the middle-class family as mom, dad, two kids and a detached house. Even Harry Potter lived under the stairs in a little house. It’s international.”

What’s obvious today is that not all of us own homes, not all of us have university educations, and not all of us have kids—or even a car in the driveway for that matter. But if asked, we’d still likely define ourselves as middle class, which in the end might be as much about values as income levels.

More than likely, the idea of middle class will continue to evolve in the coming decade or two. The only constant about it is it’s a moving target and the growing norm we find is a middle class in Canada that is loaded up with debt to maintain its consumer aspirations.

Back in the 1960s and 1970s, Vanier’s Spinks notes, it only took a middle-class, single-income household between 15 and 20 years to pay off their home. In the 1980s and 1990s, it became harder and it took two incomes and 25 to 30 years to pay off the mortgage. In the past few years and including today, it takes on average 2.5 incomes and the mortgage is likely never to be paid off.

“Retirees today will likely to go into retirement with a mortgage,” says Spinks. “Canadians are now borrowing more and more to stay in the middle class and there is no longer any shame to having debt. These days most households see it as being just another debt payment that has to be managed out of cash flow and budgeted for. The average middle-class Canadian has resigned himself to the fact that there’s no way he’s going to pay off a $1 million house. And it’s accepted for what it is.”

Different faces of the middle class

Let’s meet some middle-class Canadian? Robb Engen, 37, and his wife Lindsay, 35, of Lethbridge, Alta., fit the picture of your typical middle-class family. They have two young girls, own a home and have a decent household income. But even Engen admits that it’s a struggle. “I struggle with financial priorities, including paying down the mortgage, saving for retirement, or just getting the girls a new pair of running shoes,” says Engen. “I hope that in my 40s and 50s I’ll be more optimistic about my finances.”

Gokul Jayapal, who lives in small condo in Scarborough, Ont. with his wife and three young children also firmly considers himself middle class even though his situation is very different.

“We don’t own a house and neither my wife nor I work full time but after several years of working, saving and investing, we consider ourselves middle class,” says Jayapal, who is 42 and immigrated to Canada in 2004 at the age of 28. “We don’t have the trappings of the middle class but we live frugally, invest our money, work part time off and on and live off the investments we accumulated over the years, which brings us freedom and peace of mind. I’m proudly Canadian.”

Lindsay Tithecott, a single, 30-year-old engineering consultant in Kamloops, B.C., considers herself middle class but acknowledges others might disagree. “I’m fortunate to have a great degree and can live life pretty well on just one salary but I don’t own a detached house and likely won’t even be able to afford one. But I’m middle class, even though I don’t have the same stereotypical goals of marriage, a house, two kids and acquiring stuff the way many families do. I’m comfortably happy—mainly because of my good education and the career I’ve chosen for myself.”

One thing that’s apparent from these three scenarios is that the definition of “middle class” is evolving. And while cheap money has made it possible for households to ‘keep up with the Joneses’ for now, Spinks of the Vanier Institute notes that Gen-X, millennials and the generations after them are likely to totally redefine middle-class all over again.

They don’t want what their parents wanted

These new, younger generations are different and they assign higher value to personalization, customization and individualization. “Only a generation ago, we wanted our clothes and shoes to look like everyone else,” says Spinks. “That’s no longer the case.”

There is more emphasis on what they do and how they contribute to society and community, she notes. “The new generation doesn’t want to own a house, and they don’t want our stuff. What they value is the three R’s—Recycle, Reduce, Reuse. They are also the ‘gift card generation’. They don’t gift things to their friends and family but instead, give gift cards so you can order from web sites such as Etsy, Ebay or somewhere else to get a customized gift you want for yourself. That’s a huge change.”

The truth is that middle-class families are already changing. Three decades ago, most ‘twentysomethings’ had moved out of the family home—either to a rental apartment or were in the process of buying homes with their partner or spouse. Jobs were plentiful. There were certainly few 20-somethings living at home with mom and dad because they couldn’t make it on their own.

But these days, “failure to launch” is a common topic amongst baby boomers who want to give their kids a leg up but aren’t sure how to do so anymore. “Home prices and a changing job market have skewed net worth and household incomes,” says Franklin. “It’s a wealthier middle class than it was 30 years ago. Parents are more likely to gift their kids money to buy a home simply because the boomers have it. The Silents [ages 75 to 90] never would have asked for money, knowing their parents who lived through the war simply didn’t have it.”