To tackle the scourge of housing unaffordability, older, wealthier homeowners need to chip in 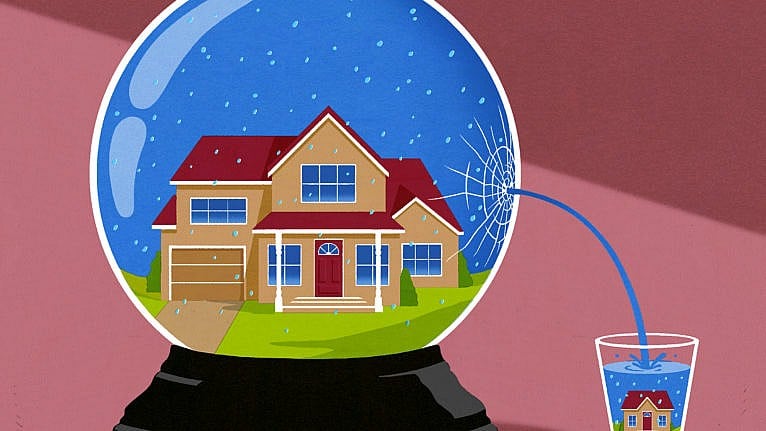 Paul Kershaw is a policy professor at the UBC School of Population and Public Health. He is the founder of Generation Squeeze, a think tank that promotes well-being and fairness for Canadians of all ages.

I’m 47 years old now, but I started the “think and change tank” Generation Squeeze when I was 36. Its mandate was to tackle generational unfairness, and one of the first areas I looked at was, unsurprisingly, housing. I got into the Metro Vancouver property market in 2004—well before many millennials. I bought a single-family detached home for $540,000, and my mortgage still sits at well over $400,000 even though I’ve been paying it down for 18 years. That said, since buying, I’ve made more than a million dollars in equity. My partner and I have been able to do quite a few renos—and even some additional investing—in large part because of the financial gains we’ve made from the home. At one point, our place had tons of leaks and a shaky foundation, but now it’s pretty charming.

Baby boomers got their start in a more propitious time than me, but I’m still a poster boy for the good-timing lottery, especially when it comes to entering the housing game. There are so many young people out there who are just as smart as me—and just as hard-working as me—who can no longer buy in. Some of Generation Squeeze’s recent research revealed that it could take millennials decades longer than it took the Boomers to afford homes in Canada’s biggest cities. Why on earth are we tolerating this?

One of the best ways to challenge this epidemic of unaffordability is by targeting the country’s tax policy. People talk about housing inflation like it’s a bad thing for everyone, but it’s making a lot of owners rich—and many of those gains aren’t subject to taxation. In fact, our tax system has sheltered much of the $3.2 trillion in added housing wealth that homeowners have pocketed since 1977. At the same time, younger demographics are contending with home prices that rapidly outpace their earnings, and competing for scarce rentals with rising rents.

MORE: Are garden suites part of the housing crisis solution?

Our suggestion is to put a price on housing inequality—specifically, a modest annual surtax on homes valued above one million dollars. This isn’t a totally scary idea; most of us already pay property taxes. What’s different about our idea is progressivity. For the 12 per cent of Canadians whose principal residences are valued at over one million dollars, we’re proposing a small tax—a gentle squeeze—starting at 0.2 per cent and peaking at 1 per cent for homes valued at $2 million and above. Owners would pay no tax on the first million. If you own a $1.1-million home, frankly, it’s negligible: you’d pay $200 a year. It could even be deferred, with a bit of added interest, until the home is sold or inherited. We realize that some people are house-rich but cash-poor, and we want to avoid putting any additional financial pressure on those owners. In reality, this surtax wouldn’t touch most Canadians.

According to our calculations, this tax would raise about $5 billion per year across Canada—primarily in Ontario and British Columbia, where home prices have been most inflated and, by extension, generated the most wealth for owners. And what should government do with the surtax money? We want it to be funnelled into purpose-built rentals and co-operative housing—or “non-profit housing.” Groups like the BC Non-Profit Housing Association or the Co-Operative Housing Federation of Canada already have plans for how to scale up housing that is geared to a person’s earnings. The city of Vancouver has a housing plan for different income brackets, too. These groups possess a lot of expertise; what they’re lacking is resources. Our proposal would develop these resources for them, generating revenue that could subsidize developers who work with non-profit housing providers so that more properties are sold at reasonable prices. We estimate that our $5-billion idea could fund 150,000 new homes in the course of one election cycle and build on that amount every year thereafter.

One of the biggest stumbling blocks to progress is Canadian real estate culture, which entices many of us to bank on rising home prices to bolster our savings. Our existing tax structure only encourages this mentality. The average Canadian is more heavily taxed on their employment income than million-dollar-home owners are on the sizable gains they make while watching TV. (Even the United States, our closest neighbour, doesn’t shelter homeownership gains from taxation to the extent that Canada does.) This incentivizes many Canadians to want housing prices to increase substantially faster than earnings, which erodes affordability for the generations that follow.

Our collective addiction to rising real estate prices also distracts from the generational tension at play in our housing system. Take the myth of the lazy millennial. If only they worked harder! If only they had fewer cell phones and lattes and less expensive breakfasts! Now contrast that with the myth of the vulnerable senior. That fragility might be real in a biological sense, but according to recent data from Statistics Canada, today’s retirees are some of the wealthiest we have ever seen—and a great deal of their wealth came from housing. No one is saying older people didn’t work hard; we’re just saying hard work doesn’t pay off now as much as it did when they were young. We’re asking that more affluent members of the oldest demographics invest in affordable shelter for their kids and grandkids.

I’m a policy scholar by training, but, to me, housing is no longer solely a policy issue in Canada—even if our idea zeroes in on that. What we really have is a high tolerance for generational inequities. The surtax solution requires the Canadian government to double down on intergenerational solidarity, and make housing, taxation and other regulatory measures work for everyone—no matter what their age.

Our polling data shows that two-thirds of Canadians support the surtax, but you’d be shocked to hear how much resistance I’ve received during the course of my career. I’ve even created an email folder exclusively for angry notes. What keeps me motivated are the stories I’ve heard from young people whose futures have been jeopardized because the current housing market is stacked against them. I’ve spoken to women in their 20s who want to have babies, but real estate prices are interfering with their ability to start a family. I hear from children of immigrants who say, “My parents sacrificed so much to come to Canada, and I’m not living up to the dream they had for me.” All I can tell them is that the game is rigged.

We can’t maintain a housing market that locks out younger people, while others gain wealth as they sleep in homes they bought decades ago. Our surtax can help to stall this runaway train. We need all Canadians to decide that housing should be about finding a place to call home—more than we want it to be a way to get rich. Building financial security by paying off your mortgage over time is a perfectly fine savings strategy. But we shouldn’t accept what our current housing system is enabling: one-year windfalls that far surpass what a hard-working, decently paid young person can save in a decade. That model only works for one generation. 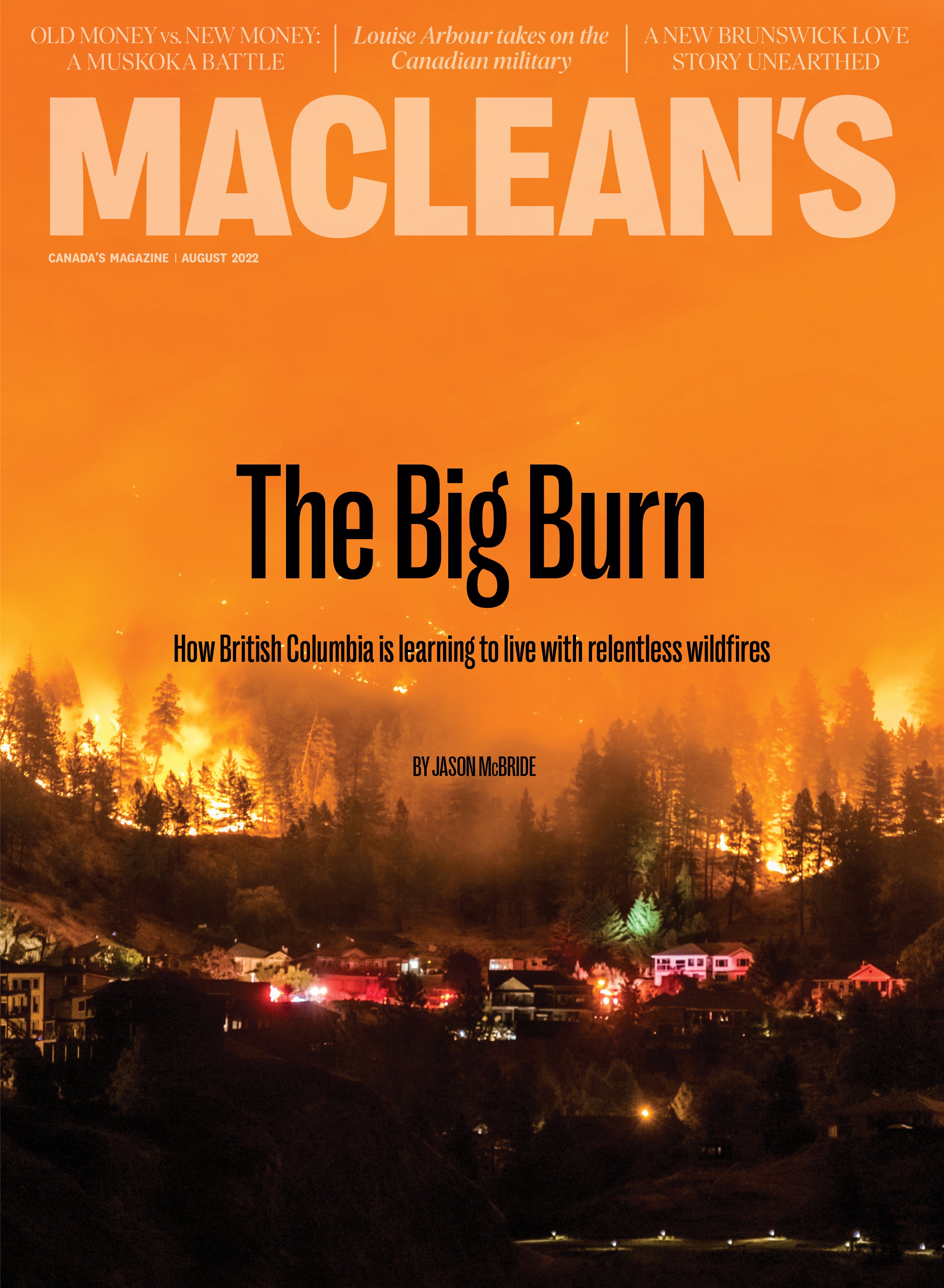