Teaching machine learning at the University of Alberta 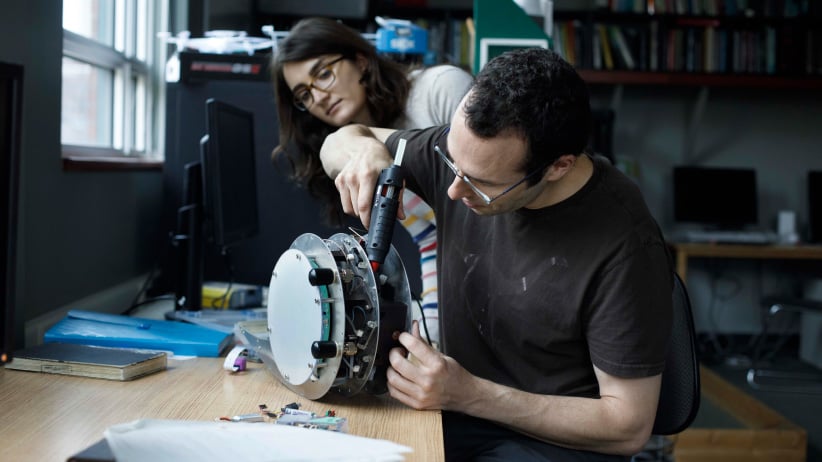 Once known as a mining and energy town, Edmonton is now one of the world’s leading centres for a decidedly different industry—machine learning. The department of computer science at the University of Alberta is playing a leading role in building the city’s high-tech reputation.

A particularly strong suit of the faculty is their artiﬁcial intelligence offering. With new money and resources flowing into the area, it’s poised to get even stronger.

In March 2017, the federal government earmarked $125 million for AI training at three Canadian institutions, including the U of A. In July, Google’s artiﬁcial intelligence ﬁrm DeepMind opened a new lab—its second in the world—in Edmonton, which is run in partnership with the school. The facility offers computer science students and grads an opportunity to intern and hone their AI skills, while luring new talent to the university.

The government may just be discovering U of A’s artiﬁcial intelligence prowess, but it’s something Richard Sutton has known for a while. He joined the computer science faculty 14 years ago and has always had a prophetic eye for innovation and trends. For instance, Sutton has taught reinforcement learning—a type of machine learning based on behavioural psychology—for more than 10 years. The technique has now caught on with large companies racing to make gains in AI. Still, U of A remains the only Canadian school that offers a reinforcement learning course at the bachelor level, and is one of few to offer it at the master’s level. “We’re a little bit ahead of the changes here,” says Sutton. “I always worried I’d get in trouble for teaching what I thought was the way to go.” Rather, the school has been wise to trust his intuition.

Indeed, the opportunities in AI are well outside the norm for undergraduate programs. Juan Fernando Hernandez-Garcia became intrigued by the buzz around U of A’s AI faculty while studying statistics at the university. He enrolled in Sutton’s reinforcement learning course and was instantly hooked. Hernandez-Garcia, who had previously studied three years of psychology, was fascinated by how you could train an agent—the part of the machine or program that’s able to learn—in the same way you would train an animal. He’s since gone on to do a master’s in computer science, focusing on reinforcement learning.

In another course, called compute 250, computer science students team up with undergraduates from other faculties to develop a video game from start to ﬁnish, bringing in elements of storytelling, graphic design and programming.

“Our faculty are always trying to add new things,” says Sutton. As more faculty and funding are added to the department, prospective students can expect just that from an already leading-edge program.

FILED UNDER: Academics Artificial I University Guide 2018 University of Alberta