A camera so big, you can step inside 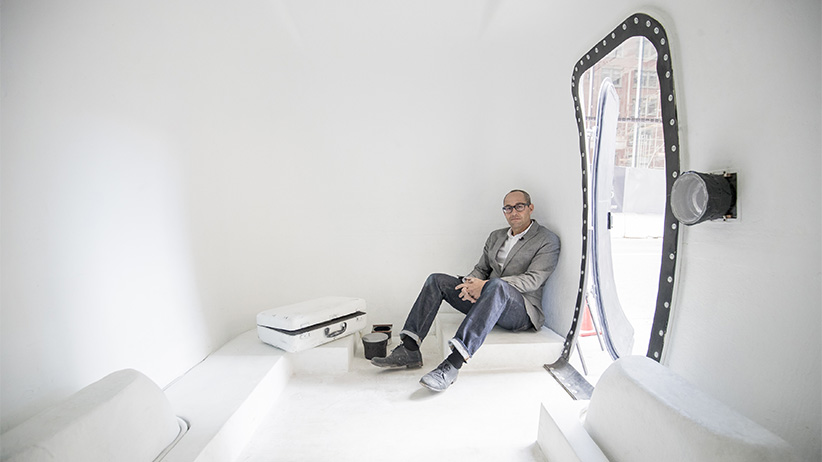 Mitch Kern a photographer and associate professor at ACAD inside his mobile Camera Obscura in downtown Calgary. (Photograph by Chris Bolin)

Think back to high school photography class and recall the pinhole camera. Remember nothing? A quick refresher: “When light comes into any light-tight chamber, through one relatively small hole called an aperture, light travelling in a straight line casts images upside down and backwards,” explains photographer Mitch Kern, associate professor at the Alberta College of Art and Design. “It’s the natural way light behaves, and it’s truly magical.”

This isn’t new—in fact it’s very old. This principle of the “camera obscura” was theorized by Aristotle, used in experiments by Greek architect Anthemius and described in detail by Leonardo da Vinci, who used it to help with his art. “It was a 15th-century aid in drawing and painting, as well as the precursor to the modern-day camera,” says Kern, 50.

The modern pinhole camera is most commonly an arts-and-crafts project made of a toilet-paper tube and construction paper, which doesn’t exactly make for thrilling teaching. “I always start with photography basics and technical stuff,” says Kern. For 15 years he’d been dreaming of a lesson plan with more wow: A pinhole camera so large that students could experience how a camera works from the inside.

Kern’s modern version is still a bit retro. As an homage to Prairie camping culture, he scouted an eight-by-13-foot 1976 trailer on Kijiji for a bargain $3,800. He covered the windows with moulded fibreglass and painted it white. He gutted the inside, adding hardwood floors and bare white walls which function as a screen. To adjust the focus, a softball-sized hole shrinks to the size of a Ping-Pong ball, at which point the magic he promised occurs: “Focused, full-colour images, with texture and movement, only upside down and backwards.”

Part science experiment, part interactive art experience, Kern’s mobile trailer—a.k.a. “the contraption”—has made stops at the Calgary International Film Festival and at university departments for anatomy undergrads studying the human eye. Wherever it goes, visitors are awed by an old idea made new. 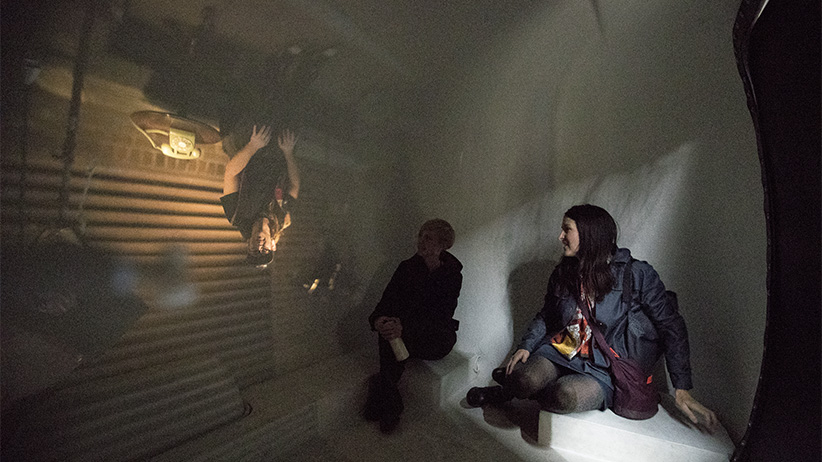 How to be a photographer

Other pathways: Undergrad degree in any subject, plus a keen interest in arts and visual communication