Prof. Pettigrew on why some courses are better spread out 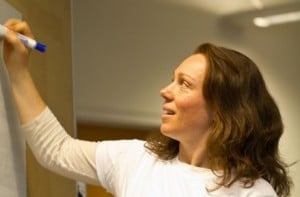 Lately we’ve been hearing a lot about block courses at Canadian universities. The idea is that instead of taking several courses over a semester or two, students take one course at a time over a matter of weeks. The system is already in place at Quest University and the University of Northern British Columbia is trying them out.

It’s easy to see the appeal of this kind of programming. Students get to focus on one subject at a time. Moreover, the final exam comes not long after the first class, so they have less time to forget material from earlier in the course. I’ve experienced these and other benefits myself while teaching spring and summer classes, so I can see the temptation.

But it seems to me that block courses have as many or more disadvantages, and we should be cautious before jumping on the block bandwagon.

As others have noted, there is the concern about what happens if, say, a student becomes ill for a week or two? In a normal course, there would be time to catch up. Less so in the block structure.

Moreover, there are any number of courses that either could not feasibly be offered in a block format or, at least, would be badly compromised by it. It’s difficult to imagine, for instance, teaching a solid course in, say, the Nineteenth Century English novel in a three-week block. There wouldn’t be time to do all the reading. Indeed, courses that require substantial research and writing projects might be compromised too since there might be too little time to gather resources and work on multiple drafts of multiple papers. One of the best things I ever wrote as an undergraduate was a long research paper on Dickens’ epic novel Bleak House. There’s no way I would have been able to write that kind of paper in a block course.

More seriously, the condensed time frame necessarily provides less time to really mull over the issues raised in the course. One could cram in readings and lectures in a course on, say ethics, but part of the value of such a course is what happens outside of class time or even outside of studying time. Some of my best university experiences were the out-of-class discussions with other students that developed over the course of months, or periods of contemplation where I tried to work out what I really thought about the material I was studying. If my year-long Philosophy of Religion class had been condensed into a few weeks, it would not have been the life-changing experience it was. UNBC points out that a student could do a whole minor in one semester. Is that really what we want? Or do we want students to come at a subject again and again over time?

Quest boasts that the block program allows instructors to plan trips and other activities without worrying that such forays will interfere with other courses. Fair enough. But one of the things we should be doing for undergraduates is helping them to see the connections among various disciplines. That’s still possible in a block system, of course, but I suspect it may promote a tendency already too common among novice learners: the tendency to see each class as wholly separate from the others. In fact, students should be drawing the parallels between the political theory of Machiavelli and the history of early modern Europe and the drama of Renaissance England. That seems like it would be a little easier if they were taking those courses at the same time.

Finally, I worry that the block course structure is, to some extent, part of a disturbing trend of treating courses like products which should be packaged in the most convenient way possible. Indeed, much of what we hear in favour of the system is how much students like it. Quest talks about how “Students say they appreciate being able to concentrate on just one topic, especially when the subject matter is new to them, or if they expect it to be difficult.” UNBC notes that their do-your-minor in one semester idea was a “recruiting model.”

Block courses seem innovative and exciting in a lot of ways, and maybe they are the way of the future. But, as one often finds in education, new isn’t always better, and exciting isn’t always as educational as you might think. Let’s think carefully about this one.