Will they catch on in Canada? 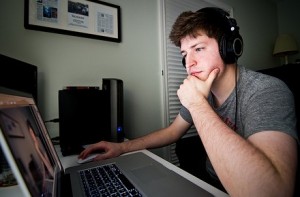 Silicon Valley entrepreneurs have launched a new type of social network. But instead of code, these start-up ventures are built in bricks and mortar.

The New York Times reported Friday on these so-called “hacker hostels.” Here they describe the home of 23-year-old Steve El-Hage from Toronto:

It’s one of several in the Bay Area that offer short- or long-term stays for aspiring tech entrepreneurs on the bottom rung of the Silicon Valley ladder, those who haven’t yet achieved Facebook-level riches. These establishments put a twist on the long tradition of communal housing for tech types by turning it into a commercial enterprise.

The San Francisco hostel is part of a minichain of three bunk-bed-stuffed residences under the same management, all places where young programmers, designers and scientists can work, eat and sleep.

These are not so different from crowded apartments that cater to immigrants. But many tenants are here not so much for the cheap rent — $40 a night — as for the camaraderie and idea-swapping. And potential tenants are screened to make sure they will contribute to the mix. Justin Carden, a 29-year-old software engineer who is staying in another hostel, in Menlo Park, while working on a biotech start-up, talks about the place as if it were Stanford.

“The intellectual stimulation you get from being here is unparalleled,” Mr. Carden said.

For me, a couple of things jump out of this story. First, smart people seek out each other to develop their skills and ideas. Second, 23-year-old techies from Toronto are still moving to California.

A Google search for hacker hostels in Canada reveals little. The University of Waterloo has the VeloCity Residence where entrepreneurial students live together and work on their ideas. That’s a start. But why aren’t there more obvious clusters of hackers in Toronto, Vancouver or Waterloo?

Perhaps the trend hasn’t caught on yet. Or maybe it just isn’t in our culture. Either way, Canadians interested in entrepreneurship may want to find out. We could use a new RIM.