Ontario vote could have big impact on students 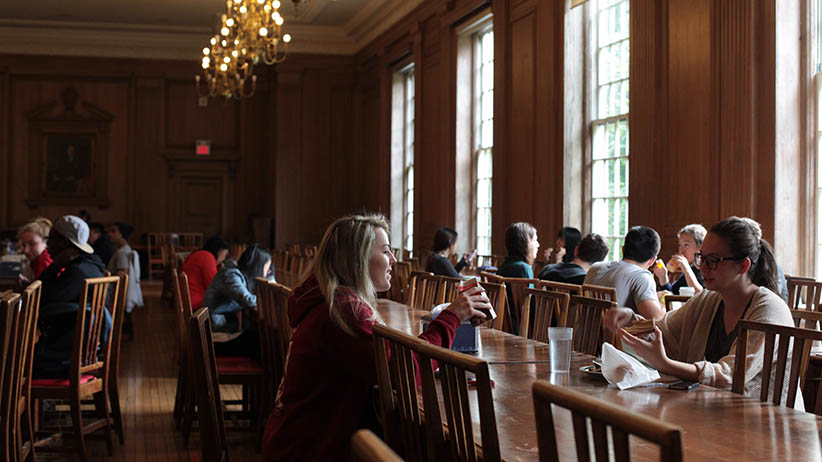 The Ontario PC party under Tim Hudak says that, if it wins the election on June 12, it will ditch the 30% Off Ontario Tuition grant (yes, that’s what it’s called) that currently reduces the cost for students from low- and middle-income families by $1,780 annually for full-time undergraduate programs, and by $820 for college programs.

Kathleen Wynne’s Liberal party, which introduced the rebate two years ago at a cost of more than $300 million per year, would keep it, despite warnings that Ontario’s spending is out of control.

The New Democrats, led by Andrea Horwath, would keep the grant, freeze tuition ($7,259 on average for undergraduates without discounts) and make student loans interest-free, at an estimated added cost of $275 million annually by 2017-18.

A change in the price isn’t the only way a new government could affect students.

The PC platform, for example, also promises an expanded role for colleges. “We will encourage more students to attend our high-results colleges, and make that easier by offering more college courses that also count as high school credits,” they write in their platform. “We will also make it simpler for students to transfer from college to university, and vice versa, while getting credit for the work they have already done.”

The PCs also say they would “do away with outdated apprenticeship rules that limit the number of job opportunities in the trades.” Their plan includes abolishing the College of Trades, a bureaucracy they say is an obstacle to apprentices.

They also promise “a renewed emphasis on the quality and quantity of university teaching.” Some take that to mean they would add more teaching-focused professors. As it stands, most professors are expected to spend as much time on research as teaching, meaning they often teach only a few courses per year. Policy experts have often suggested Ontario could save money by increasing the number of teaching-focused professors, which are more common in British Columbia and Alberta.

While the Ontario Undergraduate Student Alliance (OUSA), an advocacy group, supports more teaching positions, professors’ unions do not. The Ontario Confederation of University Faculty Associations has warned that the PCs have signalled “an unsettling willingness . . . to intervene in academic decision-making and the determination of faculty workloads and faculty distribution of work time and effort.”

The OUSA does not support ditching the Ontario Tuition Grant, which they believe increases affordability. It has called for a tuition freeze, along with increased funding.

The Canadian Federation of Students-Ontario, another student advocacy group, had called for more funding and a 30 per cent reduction in tuition fees, but said that the NDP’s tuition-freeze plan was “a welcome first step.”

The PC education plan also commits to more university spaces in “science, technology, engineering, business and math.” Graduates of such programs have done better economically in recent years, according to the Ontario Graduate Survey.

While the Liberal platform touts “enhanced connectivity” with “the labour market and the economy,” it does not list specific subjects that would be preferred.

The Ontario leaders will defend their platforms in a televised debate on June 3.