I was jack-of-all-trades and master of none. But it worked. 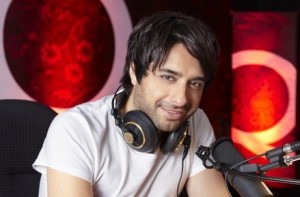 The 2013 Maclean’s University Rankings asked some of Canada’s most successful writers, politicians, and scientists what they wish they’d known in university. Their responses are a perfect addition to our First Year Survivor blog. Jian Ghomeshi, host of CBC Radio’s Q, shared his wisdom—and opinion on tuition—with Julie Smyth.

I went to York University and I partly did that because I didn’t want to stray too far from Toronto. I was already playing in a band. My first intentions were to go for theatre but I had a passion for politics and history and that is what I ended up doing—pursing a political science and history double major that turned into a political science major/history minor with women’s studies as a minor as well.

I did all of this with some trepidation. I desperately worried throughout university that I was a jack of various trades and master of nothing. At the same time, I was a student activist and I was really involved in theatre and music and I had started this band, Moxy Früvous.

I lamented this diversity of interest, thinking that if I only could better focus on academia then I would be like Edward Saïd, who was a hero of mine, or if I only focused on music and my voice I could be David Bowie—but instead I was pissing it all away. The irony is that that kind of, for lack of a better term, Renaissance-person education is exactly what I needed for what I am doing today.

I became president of the York Federation of Students. It was a big school and it had been dominated by business students and jocks. I was an activist and people said I should run. It ended up being like the rising of the disenfranchised masses—my campaign team were folks from the women’s centre and the gay, lesbian, bisexual and transgendered club, and the Caribbean students and the Arab students. I ran on zero tuition and a woman’s right to choose and anti-racism, all things that in the early ’90s were much more provocative than they are now.

I still support zero tuition. I remember thinking when I get older I will never believe that students shouldn’t have universal access to education. Of all the things I’ve sold out on, this is one I hang on to. When the Quebec students were protesting, I was public about the fact that, sorry, I’ve got to support these guys.

I definitely did not know this in the early ’90s but I know it now: there is no job security, the skill sets are changing in every sector, and you can’t handicap what you are going to need in 20 or 30 years’ time. I believe a liberal arts education, unless you have a passion for a specific kind of professional job like a dentist, is more valuable than it’s ever been. All that agonizing I did, I would now put my arm around me, the skinny 18-year-old, and go, “Hey, it’s going to be okay, that diversity of interest is actually not a bad thing.”