With shrinking wireless devices, online classes and the emergence of wearable technology, it’s easier than ever to cheat 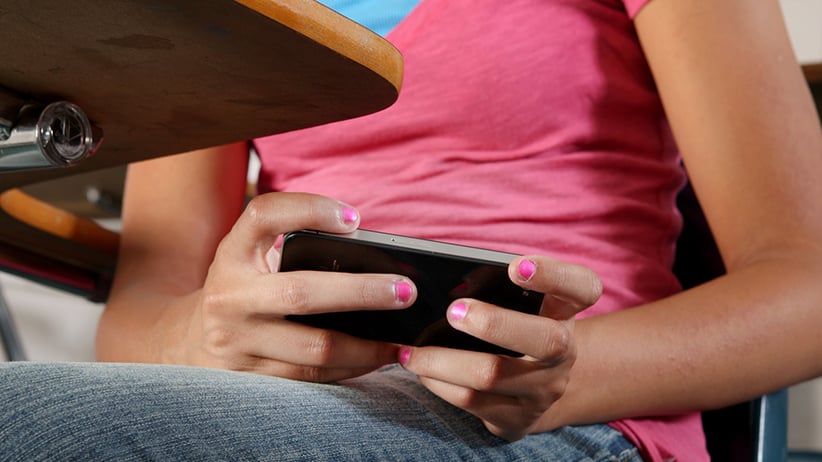 Sometime next year, Apple will launch its watch, a sleek, wearable technology with full wireless capabilities, including downloadable apps, access to maps and photos, notifications via vibration and even a walkie-talkie function. The Apple Watch will offer “new, intimate ways to connect and communicate,” CEO Tim Cook said at its unveiling, but, for teachers and professors, it will further complicate a growing problem: high-tech cheating in Canadian classrooms.

The prevalence of cheating depends on whom you ask. A 2012 survey of 41 Canadian universities by CBC News revealed 7,000 cases of cheating that resulted in disciplinary action, which represented a range of one to 2.6 per cent of each school’s student population. Half involved plagiarism, and the most common punishment was a zero on the assignment—or in the course.

Giselle Basanta, director of Ryerson University’s academic integrity office, says most are one-time incidents, and chronic cheaters are exceptionally rare. “I see only seven or eight repeat offenders a year out of 38,000 students.” But a leading researcher who studies academic integrity says that’s not the whole story. “There’s a huge gap between the percentage of cases that come forward and those that we know are going on,” says Julia Christensen Hughes, dean of the college of business and economics at the University of Guelph. In her much-cited 2006 survey on academic conduct, Hughes asked 15,000 Canadian undergrads to confess their cheating habits. The self-reported data showed surprising results: 18 per cent admitted to “serious test cheating behaviour” and 53 per cent to “serious cheating on written work” within the previous year. Even graduate students, who are often hired as teaching assistants and are trained to spot dishonesty, admitted to cheating on tests (nine per cent) and written work (35 per cent).

Hughes’s cheating scale included everything from working with others on an assignment meant to be done alone, to falsifying a bibliography, to word-for-word plagiarism. However, she didn’t specifically address technology, which has its own hierarchy of severity. There are a wide range of tech offences: text-messaging answers during an exam and buying work from an essay mill, right on up to elaborate schemes with co-conspirators.

If that sounds overdramatic, here’s a story out of the University of Victoria: In 2011, a student sat down to his medical college admission test wearing a disguised pinhole camera. Images of test questions were transmitted to a friend, who forwarded them to three hired tutors. They thought they were writing a practice test to secure a tutoring position. Their answers were sent back to the test-taker via smartphone. When the tutors grew suspicious, they alerted campus security. In the end, both men pleaded guilty to a charge of copyright infringement and were given an absolute discharge. The test had to be readministered at a cost of more than $200,000. 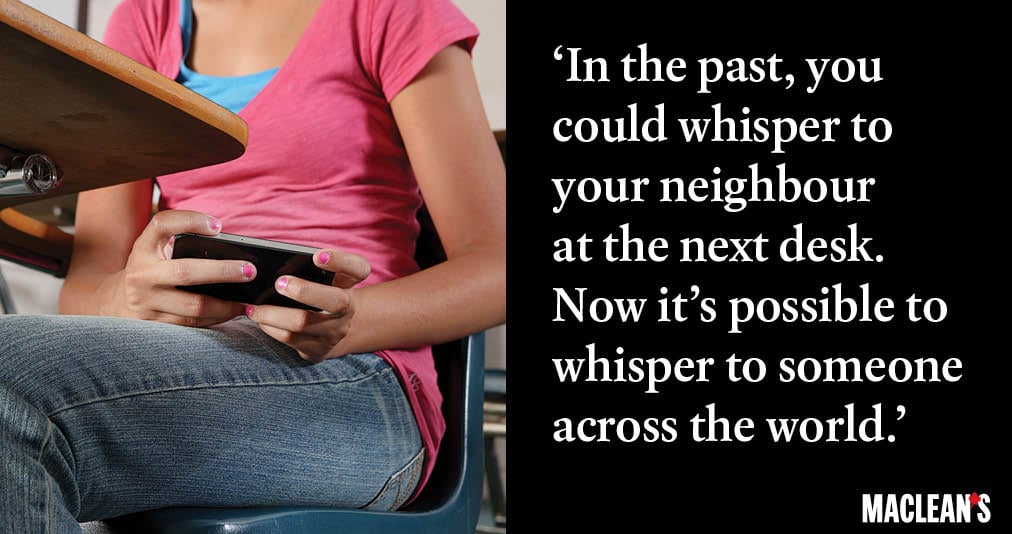 “In the past, you could whisper to your neighbour at the next desk. Now it’s possible to whisper to someone across the world,” says Teddi Fishman, director at the South Carolina-based International Centre for Academic Integrity, a global consortium of 250 schools that works to foster integrity and prevent cheating. “Similarly, it was always possible to have your girlfriend or mom write your essay, but if they said no, you were out of options. Now, if you can pay for it, someone out there will sell it.”

For as low as $20, pre-written or commissioned essays are widely available on essay mills such as BestEssays.com. In theory, these should be flagged by TurnItIn.com, a plagiarism-checking system used by many universities. But sneaky students have found new ways to get around the software: They save their essays in JPEG form, insert invisible periods between every word, then translate the whole thing into another language, then back into English—“anything that will confuse the checker,” says Fishman.

With more online classes and less in-person interaction, it’s even possible to outsource the entire course. Sites such as BoostMyGrade.com and WeTakeYourClass.com will, for the right price, complete all tests, homework, projects and discussions in your name.

But for cheaters who must do so in person, shrinking technology—including phones, watches, smart pens and jewellery—is increasingly hard to spot. “A camera or communication device can look like almost anything, or nothing,” says Fishman. Much like the Apple Watch, Google Glass and “invisible” Bluetooth earpieces are a concern for teachers who may not be as tech-savvy as their students. “Teachers don’t like to hear it sometimes, but we haven’t necessarily done a good job changing with the times,” she says. Nor are most interested in a classroom run like a prison. “Teachers don’t want to have to confiscate watches.”

For now, Ryerson uses a very low-tech system during exams: “Everyone gets a big Ziploc bag and you put the bag beneath your seat. The student can see his or her property and we can see if anything lights up or beeps,” says Basanta. It’s a makeshift solution, at best, while schools fight an uphill battle. “Are we going to stop Sparknotes or essay mills or file-sharing? Are we going to stop Wikipedia or Google? We can’t,” admits Basanta. “We need to teach students that it’s not about how you access information, it’s about how you use it.”