University of Manitoba asks: What should I say? 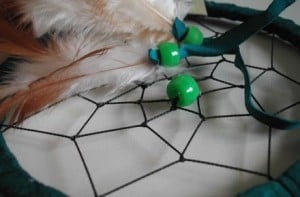 That’s caused the school to explore in a podcast, “What do I say?” Local experts explain that there are important nuances in the terms we use to describe the decendents of those who lived in Canada first. Here are just a few of their ideas.

Young says that she chose the term Indigenous because it’s more uniting than Aboriginal. Indigenous is a term that crosses borders and recognizes a shared history. Indigenous is the word used by the United Nations. Aboriginal is not wrong. It’s simply an umbrella term used for First Nations, Metis and Inuit people in Canada. But, warns Young: “One of my pet peeves is that people don’t capitalize Aboriginal.”

Aboriginal is the term the federal government uses. The Prime Minister recently changed the name of Indian and Northern Affairs Canada to Aboriginal Affairs and Northern Development Canada.

Renate Eigenbrod, Head of the Department of Native Studies, says that the term Native is not racist either. In her view, Native is an acceptable umbrella term, just like Aboriginal. But like Aboriginal, it must be capitalized, she emphasizes. Most Canadians are natives, but most are not Natives.

She said that if her department ever changed its name, Indigenous would likely be included.

“I think the real racist word is “Indian,” says Eigenbrod, “but we still have Indian Act and [say] Indian Residential Schools.” Still, she notes that some Indigenous people have “reclaimed” the word.

The term First Nations, which emerged in the 1980s, is incorrect when used as an umbrella term, says Eigenbrod. A person may be Metis or Inuit, for example, but not part of any nation.

So how can a person refer to Indigenous heritage without the risk of offending anyone?

“I think the best way to talk about a person is their specific nationhood,” Eigenbrod argues, giving the examples of Cree, Anishnabe or Okanagan. Even better, ask: “Which nation are you from? What culture are you from?,” she says. “I think the person would appreciate that.”

Young concurs. “Ask questions,” she says, “as long as you’re doing it in a respectful way.”