What students are talking about today (Aug. 17 edition) 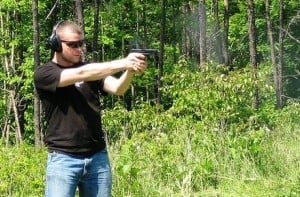 1. The University of Colorado Boulder announced it will require students who live in undergraduate residence halls to forgo bringing handguns to campus. That may seem like a no-brainer, but it’s a bold step for Boulder in light of a Colorado Supreme Court decision in March that affirmed students’ rights to handguns on campus. The rule does not apply to graduate students. Let it be noted that James Holmes, the man who killed 12 and wounded 58 others at The Dark Knight Rises in Colorado in July, was a graduate student.

2. A new $100 bank note with an Asian-looking woman peering into a microscope was deemed too controversial by a focus groups. Instead of simply rolling their eyes, the Bank of Canada purged the note in favour of a “neutral” Caucasian-looking figure. To quote from the report received by The Canadian Press: “Some believe that it presents a stereotype of Asians excelling in technology… Others feel that an Asian should not be the only ethnicity represented on the banknotes.”

3. Research In Motion is laying off so many people right now that it isn’t even bothering to meet with all of them in person. The BlackBerry maker dumped 100 workers in Halifax this week by herding them into a room and then showing them a teleconference link with someone at Waterloo, Ont. headquarters. One worker called it “inhumane,” because she couldn’t even ask questions.

4. The three members of Russian band Pussy Riot, who offered a “punk prayer” for Prime Minister Vladimir Putin, have been sentenced to two years in jail.

5. The number of students who have accepted spots in Ontario’s teacher’s colleges has hit a 10-year low, likely in response to a shortage of teacher jobs. The number of confirmations peaked at 8,241 in 2010. Two years later, there are 7,097. That’s a 14 per cent drop in two years.

6. New research shows an increasingly level playing field when it comes to how students judge male and female peers about promiscuity. Students, 19,000 of them, were asked to respond to the question: “If men hook up or have sex with lots of people, I respect them less.” The same question was asked about women. The result: 48 per cent judged both males and females negatively, 27 per cent judged both male and female neutrally, and of the 25 per cent who held double-standards, just as many judged men negatively as judged women negatively.

7. A Portland, Ore. man was reunited with his bike three years after it was stolen. He got the satisfaction of taking part in a sting operation during which he chased down the suspect on the bike.

8. The Toronto International Film Festival is opening an exhibit on the makeup and special effects of Gordon Smith of “X-Men” fame. It includes costumes worn by Wolverine and Mystique. Smith, a theatre graduate of the University of Windsor, pioneered Silicone prosthetic technology.

9. A new poll and seat projection in Quebec suggests the Parti Québécois might win enough to hold a bare majority in the 125-seat National Assembly. Paul Wells offers his analysis of what that could mean for the separatist party. Martin Patriquin writes on why Charest is hoping for protests today.

10. Chicago native Shaun Sperling’s 1992 Bar Mitzvah video has gone viral since it was uploaded Aug. 10 on YouTube. To quote the video description “the theme Shaun chose to signify the religious celebration of him becoming a man was, ‘Madonna’s ‘Vogue’.” It was an interesting choice.