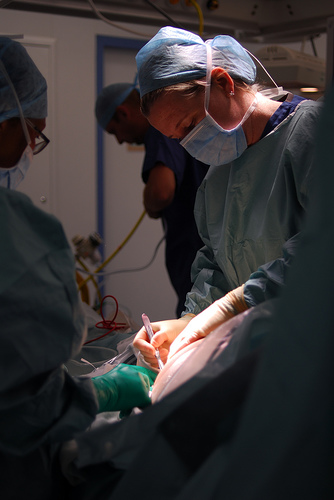 I recently read an article in the Globe and Mail (I happen to know the writer) that gave an overview of the whole application process. For med school hopefuls like me, it didn’t paint a very optimistic picture for Canadians. According to the article, due to government caps on med school seats, only a fraction of the qualified applicants to Canadian med schools are actually getting in.

If you were unlucky enough to be born in Ontario, your chances of getting in are the lowest in the country. The article mentions that in 2009, there were almost 5,000 qualified applicants to the Michael G. DeGroote School of Medicine at McMaster University in Hamilton, with only 194 accepted. Given the fact that Ontario has more med school applicants than any other province, there’s a disproportionately low number of seats in the province’s med schools. In-province applicants to the University of Manitoba’s Faculty of Medicine, class of 2013, had about a 33% success rate, with 295 applicants and 98 students enrolled. The success rate for Ontario applicants to the Northern Ontario School of Medicine? Only 4.3%, with 1,845 applicants and 64 seats in 2006/2007.

It’s not much better anywhere else in Ontario. Applicants to the School of Medicine at Queen’s University had an 8% in-province success rate in 2006/2007, and applicants to the Faculty of Medicine at the University of Toronto had an 11.4% in-province success rate. As the article from the Globe and Mail points out, it’s the opposite of what you’d expect: Ontario has more med schools than any other province. But it has the lowest applicant success rate in the country, at 19%. Keep in mind, these are all excellent applicants, with high GPA’s and the qualifications each med school demands as a minimum to even apply.

It’s a little scary. For students working towards med school, the course of your future is riding on that application. But regardless of how hard you work to earn and maintain a high GPA, volunteer countless hours towards a worthy cause, and want to have a career one day in medicine, at this stage, so much is beyond your control.

Well, unless you move to Grenada. Or Manitoba.