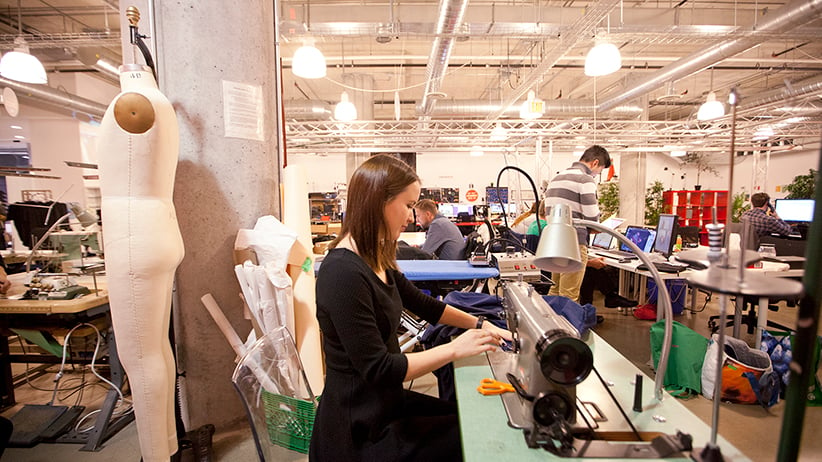 Inside Ryerson’s DMZ, an incubator for entrepreneurs like Parker & Pine, a plus-sized men’s fashion line. Photograph by Jessica Darmanin

Looking for the latest update of our University Rankings? Click here for highlights from the 2016 Maclean’s University Rankings, our newest edition, on newsstands now and available for download in the App Store, Google Play and Texture.ca. Stay tuned for all the details on our new education hub, coming to macleans.ca next week.

For last year’s university rankings, read on for highlights:

McGill. Simon Fraser. Mount Allison. Year after year, these universities top the Maclean’s University Rankings, and this year is no exception. McGill retains its first-place position in the Medical Doctoral category for the 10th year in a row—these institutions have a medical school and a broad range of research and Ph.D. programs. The University of Toronto moves back to second place after one-upping UBC, which was No. 2 last year, while Laval University moves up three positions to tie in 10th with Université de Montréal due to higher scores on faculty awards and reputation.

In the Comprehensive category, which includes schools with significant research, undergraduate and graduate programs as well as professional schools, Simon Fraser regains the top spot over the University of Victoria. These two schools have been duking it out for the top two slots since 2007. Ryerson University moves up two positions to tie with York for eighth place. It has been moving steadily up the rankings since its 13th-place showing in 2011, the year it moved­—along with Brock and Wilfrid Laurier—from the Primarily Undergraduate category to reflect growth in the number of grad programs and grad students. And Concordia University in Montreal moves up two spots to 11th due to improvements in faculty awards, student/faculty ratio, medical/science grants and total research dollars.

In the Primarily Undergraduate category, Mount Allison in tiny Sackville, N.B., has had a firm grip on first place since 2007. The University of Northern British Columbia moves to second place from third, while Laurentian University in Sudbury, Ont., climbs four spots to land in 10th place, tied with UPEI. Another northern Ontario school, Lakehead University in Thunder Bay, moves up two spots to eighth.

A big component of the rankings, accounting for one-fifth of the score­, is our reputational survey, which is filled out by education and business leaders. For almost two decades, Waterloo has dominated the national list of the 49 universities we rank and finds itself back on top this year, pushing rivals UBC and U of T to second and third place respectively.

The reputation survey is subjective, and people criticize it—or praise it—for that reason. But for high school students like Stephen Joly, reputation is chief when it comes to choosing a university. In his final year at A.R.S. Armenian School in Toronto, he will be applying to universities for mechanical engineering in November. “A school’s reputation tells me about the path of the school and its graduates,” he says. “If a university’s graduates have a high chance of getting the job they want because they went to that particular school, I feel like the same thing will happen to me if I go there.”

Since the 1990s, Ryerson has done well on the reputational ranking—even when it hasn’t done so well on more traditional indicators—and it just keeps improving, leaping to eighth in the national ranking, up four spots from last year. “Rankings have a hell of a difficulty in measuring certain elements that are very hard to quantify,” says Ryerson president Sheldon Levy. Newer elements that have become important parts of a university’s identity, such as innovation, are difficult to define, let alone measure. He recommends prospective students connect with alumni at the schools they’re interested in to get a better sense of how the school’s reputation will affect their career path.

It’s also important to keep in mind that a reputation isn’t made overnight, says Concordia president Alan Shepard. “It’s made over decades, and even centuries in some cases.” While his university moved down two spots to 26th on the national ranking, it shifted from ninth to eighth place in reputation in the Comprehensive category. While all of Canada’s universities are on unique journeys, they are all noble ones. “Students have many good and interesting choices in Canada,” Shepard says.

In New Brunswick, where Mount Allison has the best reputation of the schools in its category, president Robert Campbell says students shouldn’t choose a school on that alone. “When students come to visit, I always tell them: ‘Don’t come to Mount Allison because it’s No. 1 in Maclean’s, come here because it’s appropriate,’ ” he said. “You may not want to be in Atlantic Canada, in a small town … really think about what school will fit your personality.”