A tale of two carbon taxes 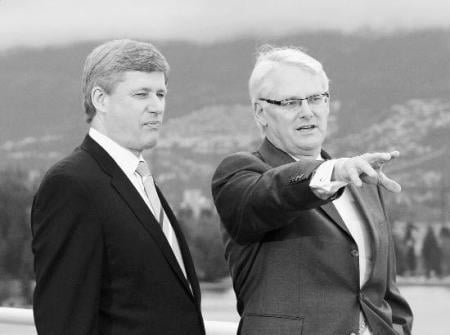 I imagine Stephane Dion spends a lot of time wondering exactly what went wrong with the Green Shift.  It’s not like he was wading into untested waters when he launched it.  When Gordon Campbell introduced a carbon tax plan in B.C. last July  he was  applauded for what was, at the time, considered a brave, bold move. This was a policy created by economists and approved by environmentalists.  Perfect for a politician  who wanted to show he was ready to move beyond pointless promises to meet long-term emissions targets (ie. Kyoto).

Gordon was cast as a hero.  But Dion, he’s mostly the villain. As this story in the Vancouver Sun notes, Conservatives in B.C.  are even being told to quietly support Campbell’s plan, while rejecting Dion’s.  Go figure.

No doubt, Dion’s troubles have something to do with timing. He launched his plan at the worst of times, as oil and gas prices were in the midst of their biggest run-up ever. Still, an interesting case study of two politicians selling the same plan with very different results.