Another day, another grim poll for the ADQ 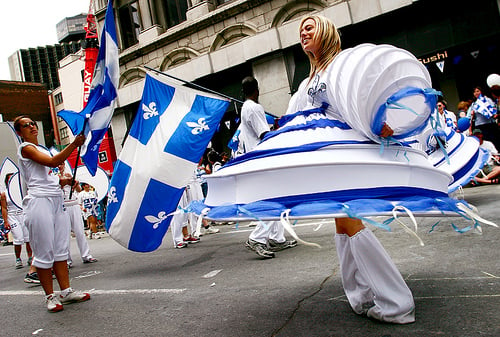 The latest La Presse-CROP poll shows many of the same trends as the Le Devoir-Léger Marketing poll from last week. Namely, that the ADQ is bottoming out and the Liberals are on an upswing. As Vincent Marissal points out, it’s not all good news for Jean Charest and the Liberals, but things have been far, far worse:

When you look at the numbers from the latest CROP poll, the paradox leaps off the page: in the last month, the satisfaction rate with the Charest government has fallen eight points, but the Liberals are up 4% in voter intentions.

However, mid-mandate polls can only tell you so much. If the Green party’s suprising 6%-9% support is any indication-they got less than 4% of the vote in the exceptionally close March 2007 election-people tend to be more willing to endorse fringe parties when they know they won’t have to actually vote for them. But there’s one group that stands out in CROP’s poll and that’s the undecideds.

Nearly one out of five (18%) Quebecers told the CROP folks they don’t know who they would vote for if an election were held today. That’s a huge pool of voters, and one that evidently hasn’t been swayed by Charest’s steady-as-she-goes approach or Marois’s and Dumont’s perpetual harping about immigration and identity. So, what’s the issue that will get them going? If old standbys like immigration and sex crimes won’t do the trick, what will? The economy, perhaps?