Girl Power in the USA 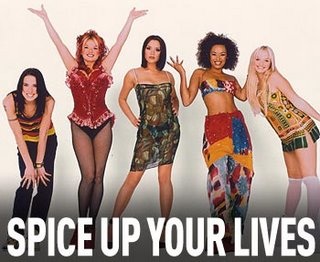 Wow, it appears to be true in the United States that, as my fellow Skirts blogger Anne Kingston said, one set of ovaries is as good as another. Who would’ve thought?

When John McCain announced Sarah “Community Shmorganizer” Palin as his running mate over a week ago, it seemed like a transparent and patronizing attempt to wrangle some disgruntled Hillary supporters and co-opt the sexism debate. I thought he was sunk—particularly as more unflattering information about the relatively unknown Alaska governor began to emerge (extreme positions on women’s issues and the environment, accusations of abuses of power, a lack of experience, and so forth). Surely, Clinton’s candidacy was about more than bringing high-heels and lipstick to the White House?

Alas, the latest polls are finding that John McCain’s support among white women has surged thanks to his would-be VP. According to one report, the Washington Post/ABC News poll, Obama  held an 8 percentage point lead among white women voters in the days leading up to the Democratic National Convention. But after the Republican convention, McCain was suddenly leading by 12 percentage points among the same demographic.

Could it be that there are legions of angry feminists out there who care nothing about policy? Or angry anti-feminists? Is this election going to be about revenge voting?