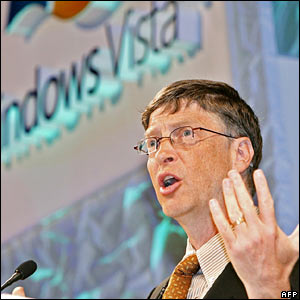 In an effort to prove to the world that its Vista operating system doesn’t suck, Microsoft has a new marketing campaign called the Mojave Experiment.

It goes like this: A focus group is filmed talking about their negative views of Vista.  They are then asked to try a new system, called Mojave. They love it.  Then they’re informed that Mojave is actually just Vista. Gotcha!

The ad ends with the kicker: “Now decide for yourself.”  Ok then… We’ve decided it’s a horribly misguided gimmick in which Microsoft seems to be shifting blame for its bad PR problems over to their customers. The message: you’re stupid for not liking Vista and for trusting the reviews.

Really, the only thing to take away from this campaign is that the Vista name is mud and Microsoft needs to change it, fast. When you start attacking and insulting your own customers, it’s a sign of desperation.