Tsk-tsking the ‘spinster’ has got to stop 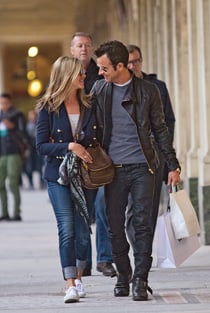 If you were to put the North American tabloid industry into one political camp, you might guess that like the rest of the mainstream media, it has a largely liberal bent. Gay marriage, drug use and prostitution scandals: these are things the tabloids thrive on, and the politicians most averse to those things (think Romney-Ryan 2012) probably don’t pique their interest—or get their votes. US Weekly and People magazine, for example, may count the “traditional family” among its largest demographic of subscribers, but they don’t have much time for traditional families within the pages of their publications. You’re an elderly Jewish comedian who married his adopted Korean stepdaughter? Excellent. You get a four-page spread. You’re a washed-up middle-aged sitcom actor with two live-in porn stars? Perfect. You get the cover. Ten times in a row. Libertinism, it seems, is the rule of the rag.

Except when it isn’t. The only time the smutty principle does not apply—when tabloid institutions tend to have more in common with the traditional values camp than they do with the Marquis de Sade—is when unmarried women in Hollywood are pushing 30 or 40 and are unapologetically—gasp—happy. Somehow, this is news. Front-page news. Celebrity popular culture has gotten over intermarriage, gay marriage, even gay intermarriage, but it simply cannot accept the notion that a famous and beautiful woman is happily unmarried—as 43-year-old actress Jennifer Aniston insisted she was prior to her recent engagement to actor Justin Theroux. The former Friends star has been dissected under the media’s lens for years, along with “spinster” contemporaries Cameron Diaz, Drew Barrymore, Diane Keaton, and Oprah (the latter two technically “old maids” by tabloid standards), because of an alleged failure to wed. Prior to Theroux, who proposed last week, none of Aniston’s relationships with post-Brad Pitt boyfriends resulted in marriage. They did, however, result in a lengthy series of tabloid covers about the greatest mystery of our time: why wasn’t Jen getting hitched, and why did she always look so happy regardless? Where was her baby bump? Or adopted Namibian refugee? “It’s very narrow-minded,” Aniston said recently, about the controversy and speculation (she has been “confirmed” pregnant about a dozen times by nearly every tabloid in America.) “It doesn’t measure my happiness or success.”

It’s easy to scoff at celebrities when they complain about unfair treatment from the press, especially when they’re fighting for the privacy they’ve essentially bartered away, but Aniston is right. It is narrow-minded to make a fuss about her marital status. Not only because everybody’s A-okay with other, seemingly juicier news, like Chaz Bono’s sex change, but because Aniston isn’t particularly unusual in her delayed matrimony. In today’s developed world, women are getting married later than ever before, and it’s awfully old-fashioned for anyone—let alone the tabloids—to treat this reality like an anomaly. In the U.K.—according to the Office for National Statistics—the average age for first-time marriage among women rose from 29.9 in 2008 to 30 the very next year. In Canada it’s 29.1, and in Sweden it’s a whopping 32.9. And that’s first marriage (this will be Aniston’s second). The point is that we don’t look at the attractive unmarried older woman in our office or on the street, and automatically assume that she is a leper because she doesn’t wear a wedding band. Which makes you wonder: if being unmarried is no longer taboo in everyday life, why is it so taboo in popular culture? Elizabeth Gregory, author of Ready: Why Women Are Embracing the New Later Motherhood, writes, “Over the past 30 years the number of U.S. women who had their first child between the ages of 35 and 39 has multiplied by 10.” She argues that even though later marriage and later childbirth is the new norm in Western society, we have yet to come to terms with that norm in a larger context; hence, perhaps, the scathing tabloid obsession with our unwed idols. Maybe mass media is just slower at adjusting to society’s norms—especially when they change so rapidly.

But the media’s recent obsession with Aniston’s engagement, and the years of desperate anticipation that preceded it, reveals in the end something much more insidious than an old-fashioned industry struggling to keep up with the times. There’s a similarity among the unmarried women who land on the covers of People magazine and US Weekly and it isn’t just a lack of matrimony: it’s a wealth of success. Jennifer Aniston and Cameron Diaz are among the highest-paid actresses in Hollywood. Oprah Winfrey is practically president of the United States. Perhaps then, the problem isn’t with unmarried women, but with successful ones who haven’t said “I do.” Or—God forbid—don’t even want to (Diane Keaton). For all the hoopla around marital bliss these days, from Will and Kate to the gay marriage debate, there are plenty of reasons not to get married, regardless of age.

Just ask Francis Ford Coppola. After extolling the positive effects his marriage had on his career in an interview at last year’s Toronto International Film Festival, the Godfather director gave a young female filmmaker in the audience a decidedly different perspective: “If you’re a young woman,” he warned, “don’t get married.”