Justin Trudeau looks into the face of D-Day valour

Image of the week: At a ceremony honouring veterans of the Juno Beach landings, the PM praised Canadians who 'threw themselves against the walls of the fortress of Europe' 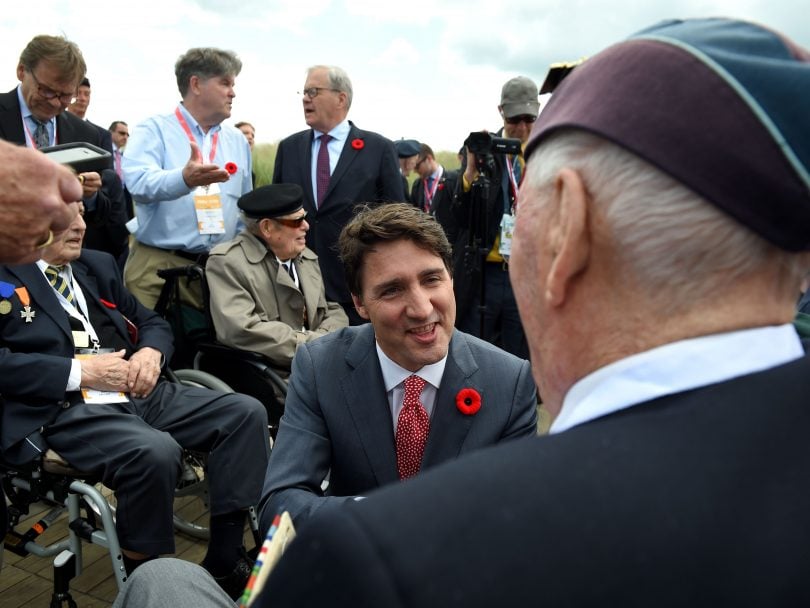 Seventy-five years ago, Canadian forces joined in what was the largest seaborne invasion the world has ever seen. Hundreds of thousands of Allied troops landed on the beaches of Normandy, France, to try to breach Nazi Germany’s occupying army. The German tanks were stronger, their 88-mm guns quicker to blow up encroaching machines. In the ensuing days, German reinforcements arrived. The struggle swung back and forth, eventually tilting in the Allies’ favour, signalling the end of the Second World War and a new era of relative peace. But that was 75 years ago, and many of the veterans of that historic moment are gone. In his commemoration speech on June 6, 2019, Prime Minister Justin Trudeau praised the bravery of those 14,000-odd Canadians who fought for the freedom most Canadians today take for granted. “Only those who threw themselves against the walls of the fortress of Europe in Normandy know the full extent of what unfolded here 75 years ago,” he said. Some of those veterans were in attendance, marking what is potentially the last major wartime anniversary of their lives. Their sacrifice lay not just in the landing itself, in the weeks and months of the Normandy campaign that followed, as they trudged toward victory until the hot summer’s end. Most Canadians today may never know what that kind of life is like, and should feel grateful we won’t have to.