The German soccer hero who escaped the Nazis for Canada - Macleans.ca 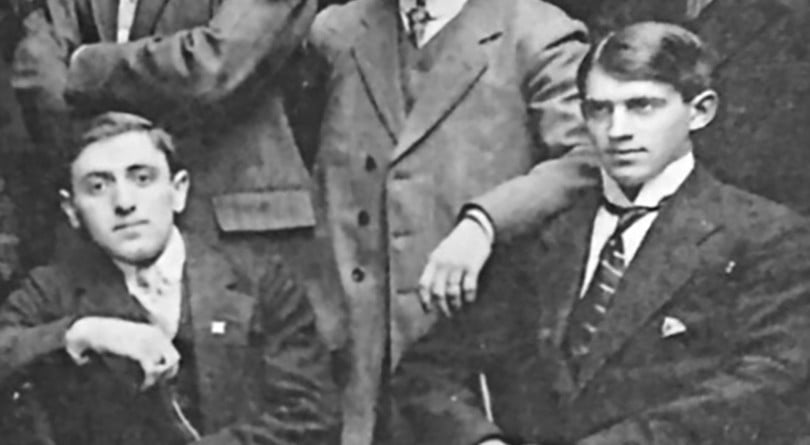 When Toronto lawyer and former NDP provincial candidate Julian Heller told me that his grandfather had scored the most goals in a single soccer game for Germany in that country’s history, I went into what I consider my “British mode”. Another Canadian who just doesn’t understand football, I thought, and is probably confusing it with something entirely different. Then the story of the man emerged, and it’s about as poignant as anything I’ve ever heard in sporting folklore.

Heller’s grandfather was Gottfried Fuchs, who first played for Germany when he was 18, appeared for his country numerous times and would have done so far more often if it hadn’t been for the First World War. He won the Iron Cross for his bravery in that bloodbath, but only after he had indeed scored a quite incredible 10 goals against Russia in the 1912 Olympics in Stockholm. Not only does that remain a German record, but nobody had scored more goals until an Australian named Archie Thompson; and that, with all due respect, was not against Russia but American Samoa!

Fuchs played for Düsseldorfer SC 1899 and Karlsruher FV between 1904 and 1920, winning the German national title in 1910, and he was regarded in the years leading up to 1914 as perhaps the finest centre-forward or striker in the world.

But there is another aspect to all of this. Fuchs was Jewish, in a Germany that then boasted the most assimilated and successful Jewish community in the world. Nor was he the only Jewish player in the German national team of the era. His close friend, Julius Hirsch, was also a gifted footballer, and the two men were outstanding in the game at the time.

It’s been extremely well documented how many German Jews saw the rise of Nazism as a hideous but short-term problem, and one that their fellow citizens could surely not tolerate for long. This was the country of Jewish sporting heroes and decorated warriors, the country would surely come to its senses, and Hitler was a clown who would soon be dealt with by the generals. Hindsight can be grotesque.

Fuchs realized by 1937 that the situation was irredeemable and left with his family for Switzerland. After a year they were expelled, and managed to get to Paris. They left there in May 1940 as German troops were entering France, and came to Montreal a few weeks later.

His dear friend Julius Hirsch refused to believe that the darkness would or could be maintained. He had also served in the German army in the First World War, fighting for four years and, like Fuchs, winning the Iron Cross. His brother had even been killed in action fighting for his country in 1916. Hirsch was convinced that his marriage to a non-Jewish woman, his family’s sacrifices for the nation, and his position as a star in German sports, would give him immunity. He spent some time in Paris in 1938, where Fuchs pleaded with him to leave Germany. He refused, returned, and was deported to Auschwitz in March 1943. He was murdered there in May 1945. His wife wasn’t arrested, but his children were taken to concentration camps in 1944 yet managed to survive. Their children, Julius Hirsch’s grandchildren still live in Germany.

Both men’s records were expunged from the records of the German Football Association between 1933 and 1945, and while that body did acknowledge some of its cowardice and collaboration, it took many years for anything explicit to be said or done.

It was the former player and national team coach Sepp Herberger who began the process. He was a legend in German football, and because he had joined the Nazi Party in 1933, had long struggled with the shame of his and his country’s past. In 1972, just before the Munich Olympics, he asked the German football authorities to officially invite Gottfried Fuchs to Germany’s game against Russia. They refused, arguing that it would create an “unfortunate precedent.” Herberger was disgusted, and sent his own letter to Fuchs, inviting him personally, and apologizing. Fuchs died of a heart attack shortly before the letter arrived.

Many years later, Julian Heller was invited to Berlin to commemorate a prize named after Julius Hirsch to counter racism and anti-Semitism, and for apologies to be made for past actions. “We watched a game in the Olympic Stadium in Berlin”, says Heller. “We were standing there just a few steps away from the box where Hitler had stood in 1936. It was, I think you could say, a rather unsettling experience.”

Nobody scored 10 goals. But then the truly great Gottfried Fuchs wasn’t playing.