Sergei Magnitsky's heroic sacrifice: The Power of One, episode two

The latest episode of The Power of One, a Maclean's podcast, tells the story of the brilliant tax lawyer who died defending rule of law in Vladimir Putin's Russia 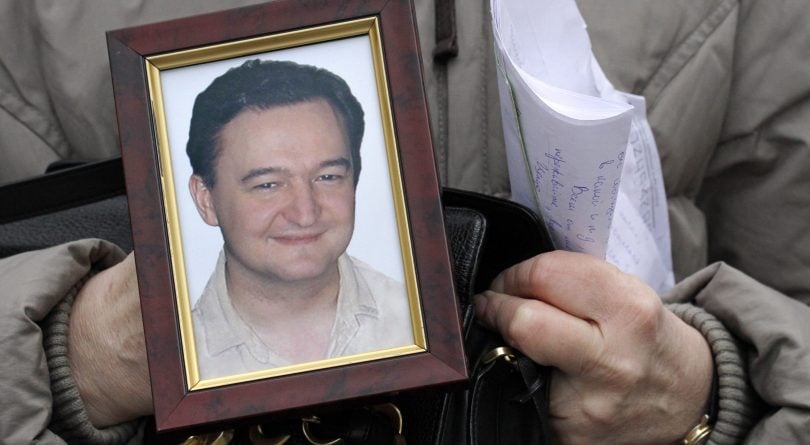 A portrait of Sergei Magnitsky is held up by his mother, Nataliya Magnitskaya, in November 2009 in Moscow (Alexander Zemlianichenko/ AP)

Two years ago, Canadian MPs unanimously passed a bill bearing the name of a Russian tax lawyer of whom many in this country had never heard: Sergei Magnitsky.

That name is now a byword for international justice—a signifier for laws in six countries, including the U.S. and Britain, that allow authorities to take action against human rights offenders by freezing their assets and banning them from entering those countries. More nations are considering similar legislation.

But who was Sergei Magnitsky? How did he come to symbolize rule-of-law at a time when it is under attack in countries around the world?

We explore Magnitsky’s tragic story of courage and sacrifice in the latest episode of The Power of One, a Maclean’s podcast devoted to the extraordinary lives of ordinary people who changed their worlds, and ours.

Magnitsky died 10 years ago this month—tortured and killed in a Moscow prison after exposing corruption and theft within the government of Vladimir Putin. He’d been urged to flee his homeland, but chose instead to stay and fight for what’s right. He believed in the possibility of a Russia where justice and truth prevailed.

That cause, and the mission of telling Magnitsky’s story, has been taken up by Bill Browder, the American investment banker who hired him in the first place to figure out how once-thriving investment companies Browder ran in post-Soviet Russia had been effectively stolen. Those companies, Magnitsky later revealed, were re-registered by corrupt officials and repurposed as vehicles for a massive tax fraud.

Browder joins Power of One host Sarmishta Subramanian to recount the chilling months and days leading up to Magnitsky’s death, and the high-stakes public campaign Browder has since waged against Putin and other rights-abusers around the world.

It’s can’t-miss storytelling, produced in partnership with the Frequency Podcast Network and brought to you by the latest season of Tom Clancy’s Jack Ryan, available now on Amazon Prime.

FILED UNDER: Editor's Picks Instagram podcasts Sergei Magnitsky The Power of One