Sylvia Sweeney is a Canadian basketball hall of famer

Sylvia Sweeney was 13 years old—and five-foot-eight—when she first figured out how to earn some easy money. (“My allowance,” as she describes it.) It was Montreal, the late 1960s, and the budding basketball star would bicycle from her neighbourhood in Notre-Dame-de-Grâce to the public courts of Hampstead, an upscale suburb. From the sidelines, she would scope out her next victim.

“I would watch the boys play and see who was the worst,” she recalls. “Then I would challenge him to a game in front of all of his friends. He would say: ‘You can’t beat me, you’re a girl,’ and I would say: ‘I’ll bet you 25 cents I can beat you.’ I didn’t have a dime in my pocket but I knew I could beat him.” She did—every time.

The self-confessed hustler would go on to become one of the country’s most prolific hoopsters, male or female, leading the women’s national team to two Olympics (1976 in Montreal and 1984 in Los Angeles) and earning tournament MVP at the 1979 world championships in Seoul, where Canada captured bronze. She was inducted into the Canadian Basketball Hall of Fame in 1994—and every year since then a female university player is honoured with the Sylvia Sweeney Award, which recognizes outstanding achievement on the hardwood, in the classroom and in the community. She left quite a legacy, in other words.

FROM THE ARCHIVES: Maclean’s reviews Sylvia Sweeney’s CBC documentary, In the Key of Oscar, in 1992.

But for a person who achieved so much on-court success, Sylvia’s life is hardly defined by basketball. In fact, she rarely talks about her playing days anymore. “I think back when people ask me questions about it,” says the 59-year-old. “But it’s not where I live. I have so much on my plate right now.” 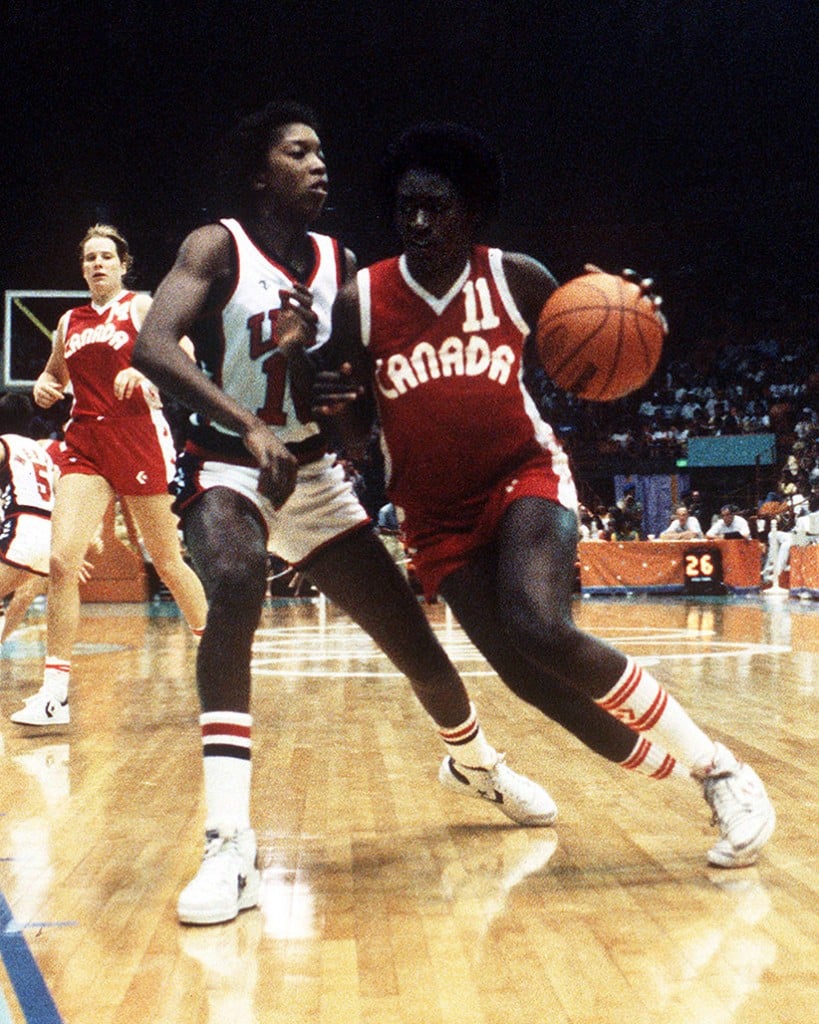 That plate has been full since the moment she hung up her sneakers. Sylvia moved into television, working as a sports reporter for CBC and then a co-host at CTV’s W5 before launching her own production company. Her breakout project, In the Key of Oscar, was a documentary film about legendary Montreal jazz pianist Oscar Peterson—who also happened to be her uncle on her mother’s side. Sylvia herself is a talented pianist, taught to play, as Oscar was, by her mother, Daisy. “Their father could only afford to send one child to lessons,” she says. “So it was my mother who learned and then taught all her siblings.”

Today, Sylvia is immersed in her latest pursuit, a dream she shared with her late uncle: the launch of an Olympic-style “ArtsGames,” where entrants from around the world compete in categories ranging from dance to music to literature. The inaugural event is slated for 2018—in Sylvia’s home city of Montreal, fittingly enough. “What I’ve always loved is being pushed,” she says. “It didn’t matter if it was piano or if it was basketball. It was just about being pushed to my limits to see whether I could reach it.” — Michael Friscolanti