Bees are in decline but backyard hives won’t save them

Some experts say the trend of backyard beekeeping could at best do little to save bees, and at worst leave certain species worse off 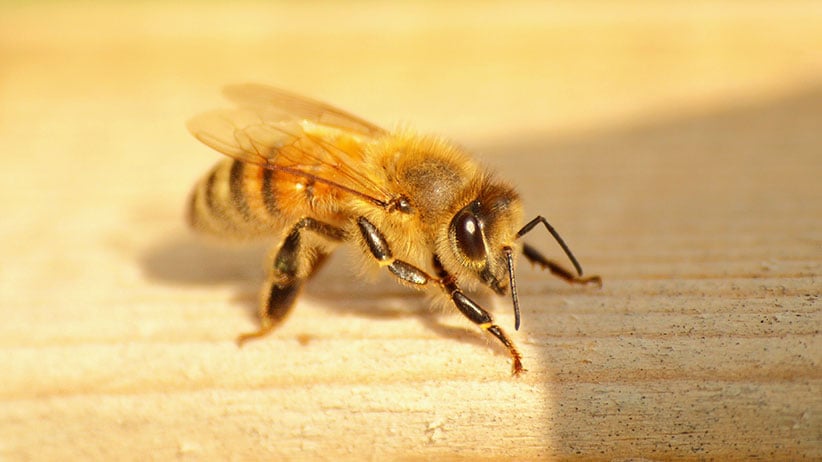 A sweet, waxy breeze rises into my face as I stoop over the barrel, spinning the contraption inside with a crank. I suck in the smell, open-mouthed, and can nearly taste the honey as it ﬂies out of the spinning combs.

The two started their own hives in 2012, around the time honey-bee hysteria became its own documentary genre, with titles like The Last Beekeeper and More than Honey playing indie movie houses. It had been about six years since colony collapse disorder—a phenomenon whereby honey bees disappear from their hives for no apparent reason—was ﬁrst reported in the U.S., and the buzz around threats to bee populations and food security had begun to crescendo. Caza says his own bee fascination was triggered by the desire to live a more “sustainable, eco-friendly lifestyle.”

Just about every urban centre in Canada has at least one Toronto Honeys equivalent: there’s the Halifax Honey Bee Society; the Regina and District Bee Club; and, in Vancouver, Hives for Humanity. One company, Alveoli, has installed and manages hives on more than 600 commercial and residential properties in cities across the country.

The trouble, say some experts, is that the rationale underlying this ﬁxation may be woefully ill-informed. At best, they say, the trend will do little to save the bees, some of which are indeed at risk; at worst, it could leave certain bee species worse off.

There are over 800 different bee species in Canada, each with sometimes similar, but ultimately unique habitats, needs and threats. As Sheila Colla, a York University ecologist, explains, using one species, the honey bee—and an invasive one, at that—to save a whole taxonomic family is futile and, frankly, bizarre. “We would never do that with other animals,” says Colla, an expert on bees. “It would be like throwing some Asian carp into Lake Ontario to save the ﬁsh. It doesn’t make any sense.”

Certainly, honey bees are useful for pollinating food crops, but so are wild bees: some studies show wild bees are two to three times more effective. And non-bee pollinators—wasps, ants, butterﬂies—are equally important. Honey bees tend to hog the spotlight (and sometimes the pollen and nectar), though, because they give us honey, and because they’re actively managed by beekeepers who track the size and health of their colonies. When hives near neonic-treated crops start dwindling, for example, their advocates speak up.

For that reason, these bees are, contrary to popular assumption, unlikely to suffer devastating population declines. Wild bees are at far greater risk. Colla notes that between a quarter and a third of wild bee species worldwide are at risk of extinction, thanks to climate change, insecticides and habitat loss. Another plausible reason for their decline, she says, is managed bee colonies, including those of honey bees. Take the rusty-patched bumble bee, the sole endangered bee species in Canada: in the 1970s, it was one of the most common bees in eastern North America. Since 2004, it’s only been seen twice. “There’s no way pesticide use can explain a decline like that in 30 years,” says Colla, rebutting the popular go-to cause for bee declines. Instead, she and other researchers hypothesize that managed bee colonies—perhaps honey bees or bumble bees managed for greenhouse crops—carried a fatal disease that wiped out this wild species.

The question is whether there’s any stopping the momentum of honey-bee activism, driven as it is by educated, wealthy, connected urbanites. Beatrice (Bea) Olivastri has been in the environmental movement for 45 years and has never seen Canadians so riled up over a conservation issue. “Acid rain is the closest thing I can think of,” she says, “and that was nowhere as strongly embraced as this is.”

RELATED: Are bee hotels the answer to saving a species?

One master’s student at York University was so intrigued that she made the phenomenon her thesis topic. In her forthcoming research paper, Allison Nicholls analyzed comments submitted to the preliminary Ontario Pollinator Health Action Plan, and the most notable ﬁnding was the sheer volume of public interest. More than 52,000 members of the public commented on the initiative, which is absurd, says Nicholls. “Typically, a couple hundred is considered pretty good.” Most of those comments concerned bees, despite the plan’s focus on pollinators in general. And the folks who mentioned bees tended to refer to them as one species, often the honey bee, says Nicholls. “They would say things like: ‘The bees are really important for the food chain, and also they give us honey!’”

Some hobbyist beekeepers are beginning to have misgivings. Jillian Ruhl, a member of the Halifax Honey Bee Society, got into beekeeping for the same reason so many people do: she saw an alarming documentary on the topic. But a few years into managing her own hives and reading extensively about pollinators, Ruhl is conﬂicted. “It scares me that too many hobby beekeepers are going to come onto the scene and not know how to handle things like diseases properly,” she says. “There’s a potential ecosystem at risk.”

Calla says that if people truly want to save the bees, one option is to do nothing. “Humans are notoriously bad at managing the environment,” she says. “One of the best things they can do is step back, learn about what species we do have, and not try to manage.”