Bill Blair orders prison data to be turned over, but does the data even exist?

Correctional Service Canada is trying to update its inmate tracking system, while the panel tasked to study solitary confinement is still waiting for any usable information 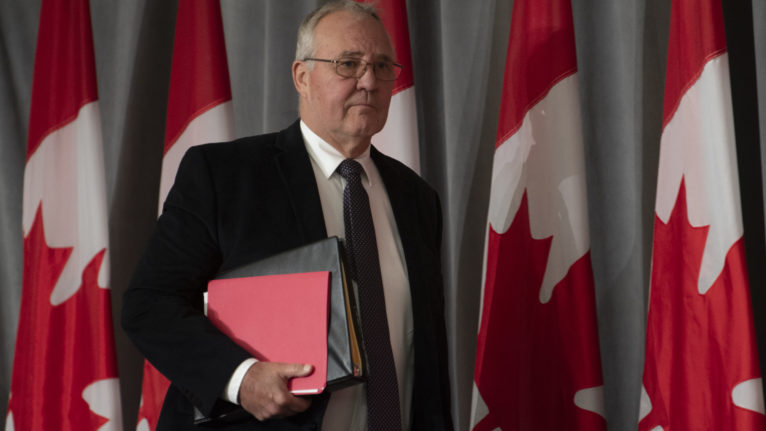 Blair arrives at a news conference on June 9, 2020 in Ottawa (CP/Adrian Wyld)

Public Safety Minister Bill Blair says he has ordered Correctional Service Canada to hand over data to an independent panel reviewing its practises, nearly a year after the panel first requested the information. But new documents from the corrections agency reveal it may be failing to accurately collect the data altogether.

In an interview with Maclean’s, Blair vows that “we are working very hard to make sure that we are able to provide that information and access to what the panel needs before they would consider continuing their job.”

Anthony Doob, the former head of the panel, says he still hasn’t heard from Correctional Services and has not been convinced to continue his work. “I need to know that we can actually do our work,” he told Maclean’s.

Last month, the panel tapped by the Trudeau government to review the implementation of its Structured Intervention Units (SIUs) was disbanded. Its scathing final report pointed to a lack of cooperation from Blair and Correctional Services, which rendered the panel “powerless to accomplish the job that it was set up to do.”

The new SIUs were supposed to replace an existing solitary confinement regime, which courts in Ontario and British Columbia called unconstitutional and, possibly, torture. Yet when Doob and his panel tried to analyze whether the new units were complying with the court orders and a new legal regime, they were stonewalled.

Doob says the information is crucial to the implementation of these units and that “the bulk, or all of the data, that we’re asking for is stuff they should want for their own purposes.”

But Correctional Services was unable to turn over the necessary data before the panel’s appointment ended in August. It has yet to offer a timeline on when it might supply the statistics.

On Wednesday, Correctional Services posted a request for information to the Canadian government’s procurement platform, seeking companies capable of updating its offender management system. The system, which tracks every inmate in custody, was implemented in the early 1990s and last updated in 2002.

The system governs just about every part of Canadian prisons, and is responsible for tracking the accommodations and mental health status of inmates. It is also the system that monitors inmates placed in the Structured Intervention Units.

Correctional Services first identified the need to update the system in 2015. Today, the database is strained, the document reveals. The systems to input and check crucial information on inmates, including their risk of suicide, “are manual, cumbersome, redundant and open to potential human error in data entry.” Other indicators, such as social history, are “not well integrated into the overall process.”

Correctional Services also notes that, on several fronts including inmate discipline, the process is “cumbersome and relies on paper and humans to ensure that information is gathered.”

Doob says that while their computer systems may be “not ideal,” that technology is no excuse. “They do lots of research themselves using their old system to get data. And, as I’ve said many times, if they truly cannot get the data for the panel, that means that they don’t know what is happening, in a systematic way, in their institutions.”

Often, the only recourse for inmates to contest the conditions of their confinement is to file a grievance. As Correctional Services notes in the procurement documents, the “offender grievance process is approximately 90 per cent paper based. This process has resulted in delays in processing offender grievances from the 60-80 day policy prescribed timeframes to up to three years.”

The service did provide a batch of files to the panel in May but, Doob says, the tables were unusable, inaccurate and essentially worthless for his study. For example, he says, the data noted when an inmate had a mental health issue—but not whether it was noted before, during or after their stay in the Structured Intervention Unit. The service employee responsible for data analysis admitted the information was essentially worthless, Doob says.

Maclean’s asked Correctional Services about deficiencies in their inmate tracking system, but has yet to receive a response.

Blair acknowledges that “Correction Services Canada struggled to collect and then make available the information in a timely way.” The panel first alerted Blair to its issues obtaining data in mid-March, then filed an interim report, noting “this panel has not been allowed to do its work” on July 23, and filed its final report on Aug. 11.

It wasn’t until the details of the report were released by Vice on Aug. 26 that Blair’s office responded. The day after, Blair called Doob to discuss next steps.

Asked why he didn’t intervene sooner, Blair didn’t answer. “When it was brought to my attention, I immediately gave direction that the information was to be collected and made available to the panel,” he says.

Doob says that, even if Correctional Services produces the data, he’s not sure he’ll rejoin the panel. He wants assurances that he’ll be able to properly review the service’s practises, including on-the-ground access to the new cells. “I’ve heard zero from CSC,” he reports.

Zilla Jones, a Winnipeg-based lawyer and a fellow member of the panel, has clients who have been placed in the Structured Intervention Units at the Stony Mountain penitentiary in Manitoba. She says the upgrades to some of the cells have been limited to “cosmetic” changes, such as a new coat of paint and some posters.

In a series of court rulings declaring the old system unconstitutional, the courts of appeal in Ontario and British Columbia ruled that inmates must be given more than two hours outside their cell per day. As part of the new Structured Intervention Units, the Trudeau government vowed that 20 hours per day would be the maximum amount of time per day that inmates would be locked up.

Through the COVID-19 pandemic, Correctional Service Canada has locked some inmates—especially those who are awaiting tests for the virus, or who exhibit symptoms—in the Structured Intervention Units for upwards of 23 hours a day.

Blair disagrees that doing so has run afoul of the courts’ rulings. “That was not for the purposes of either administrative or disciplinary segregation,” he says. “It was medical isolation for those who were ill.”

Given that Correctional Services has not been collecting data on those put in these units, Doob and the panel have questioned if Ottawa even knows whether the new law is being followed.

Nevertheless, Blair is confident. “The law is explicit, in that it eliminates the administrative and disciplinary segregation in those institutions,” Blair says. “We have eliminated [solitary confinement].”