Calgary's pandas are getting desperate. They need a flight home.

The pandemic snarled supply chains that delivered fresh bamboo to the Calgary Zoo. Now, as a mysterious domestic supply in B.C. dries up, the zoo is frantically trying to send the pandas back to China. 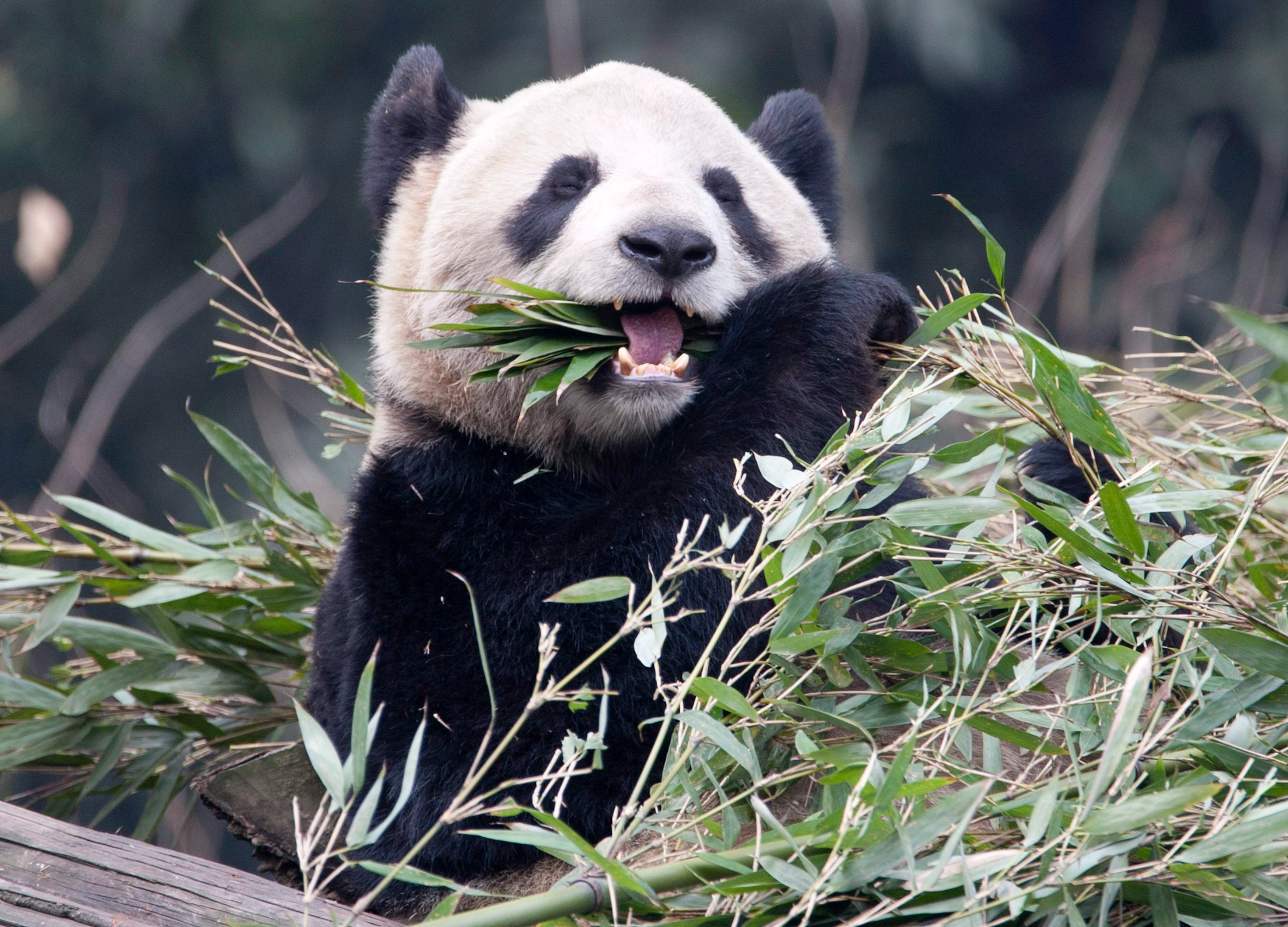 Er Shun at the Chonqing Zoo in 2012; finding food for the picky pandas at the Calgary Zoo has become very challenging, thanks to the pandemic (Adrian Wyld/CP)

Da Mao and Er Shun, the Calgary Zoo’s two giant pandas, are eating their way through a shrinking domestic bamboo supply at a rate of 40 kg a day—each. That demand overwhelms the typical farm in British Columbia, where most of Canada’s bamboo is harvested. “If we cut all we have on our property, we could probably feed those two pandas for a week,” says Merle Box, who runs Bamboo Ranch on Salt Spring Island with her husband, Doug.

Box, who sells plants for landscaping and Japanese gardens, has found herself on the receiving end of a burst of phone calls from journalists. This summer, the zoo raised the alarm that its supply of panda food on the West Coast will dry up in September. Clément Lanthier, the zoo’s president, has said for several months that Da Mao and Er Shun would be better off in China. But the Chinese haven’t yet issued import permits, and no one is clear when they might fly home. The zoo, citing “emerging government sensitivities,” has since clammed up about its ongoing efforts to feed the pandas.

But sourcing bamboo has clearly become a costly dilemma. Several farms on Vancouver Island and across B.C.’s Lower Mainland told Maclean’s they had no clue who had the crop scale necessary to satisfy the pandas’ appetites. Tim Smalley at B.C. Island Bamboo says the Toronto Zoo came calling when Da Mao and Er Shun were first on the way to Canada in 2013. That zoo even offered to fly out to Comox, near Smalley’s place, to pick up the rare grass if his bid was successful. But the farm was simply too small—far short of the minimum four hectares necessary to produce enough grub for the greedy giants—not to mention the refrigeration space required to keep it all fresh. (Toronto eventually inked a deal with the Memphis Zoo, which had planted a massive farm that also fed its own pandas.)

Pandas, Smalley was told, are “only fond of the very tips” of the bamboo, which harvesters cut by reaching to the top of the plant’s hollow culms (or stems)—as high as 12 m off the ground. The notoriously picky eaters, who can spend half the day feeding, also produce immense piles of food waste.

Kristin Mayo at Bamboo World, which counts the Calgary Zoo among a list of clients on its website, says her family’s 1.2-hectare farm in Chilliwack, B.C., couldn’t meet the demand sustainably, and she isn’t sure who in Canada could. “As far as I’m aware, we’re the biggest bamboo farm in Canada,” she says, adding she might give the zoo a call. (The New Yorker recently reported the zoo’s emergency supplier was in Victoria; Steve Vaughan, who operates Victoria Bamboo, says the zoo did get in touch—but he could barely keep up with existing demand and had to turn them down.)

For years, Hainan Airlines flew bamboo direct to Calgary from China to feed the bears. When the airline cancelled that route last year, Hainan instead flew the stock to Toronto, where a WestJet cargo flight picked it up and flew west. In August, the zoo made a splash with a press release saying the global pandemic had destroyed those supply lines. But a spokesperson for the zoo declined to clarify when reached by Maclean’s whether the aforementioned “government sensitivities” were on the Canadian or Chinese side. (The zoo also attempted to import bamboo from the U.S. by both airplane and truck, but the food spoiled constantly.)

So-called “panda diplomacy” brought Da Mao and Er Shun to Canada seven years ago, but hostage diplomacy is now a defining characteristic of the Chinese side of Canada-China relations. Xi Jinping’s regime retaliated for Canada’s arrest of Meng Wanzhou in December 2018 by detaining two Canadians, Michael Kovrig and Michael Spavor—imprisoning them for 18 months before charging them with crimes against the Chinese state earlier this year. Could two cuddly herbivores, sent abroad in happier times, now be caught in the middle of a diplomatic deep-freeze?

Two senior federal sources, speaking on condition of anonymity because they weren’t authorized to comment publicly, were baffled by the zoo’s characterization and denied any sensitivity on their government’s side. Earlier this year, Environment Canada granted, and then renewed, permits to send the pandas home. When Calgary couldn’t secure them safe passage from Chinese authorities, one of the sources says, the feds even offered to help find another zoo in Canada for Da Mao and Er Shun. The zoo refused, the source says.

Anna Foleen, a consultant at Bamboo Garden in North Plains, Ore., offers up a promising, if improbable, solution to Calgary’s zookeepers. She says bamboo products that cross the border need to be fumigated, an export prerequisite that would make the bamboo toxic to the pandas. (Toronto’s deal with Memphis was possible thanks to special FedEx shipments.) But she says her outfit has supplied the Oregon Zoo with bamboo stocks to cultivate its own supply, and would do the same for the Albertans.

Alas, bamboo stalks cannot survive a Calgary winter, and as autumn returns, even coastal B.C. farmers can only wish they were in a position to help the pandas-in-limbo. “We could be famous across the country if we could supply them,” laments Box on Salt Spring Island. “But no, we can’t.” Instead, as the frost descends on their temporary home as surely as it has on Ottawa-Beijing relations, Da Mao and Er Shun, accidental gluttons of the prairie, are in need of a minor, human-made miracle. Or at least a flight home.

This article appears in print in the October 2020 issue of Maclean’s magazine with the headline, “Less than they can chew.” Subscribe to the monthly print magazine here.