Research about pot's therapeutic benefits is still inconclusive. Smoking it, like tobacco, has been linked to lung and oral cancers. 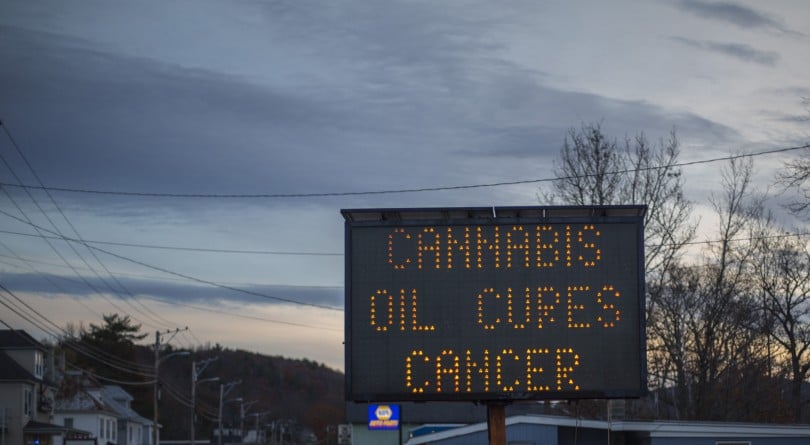 There are testimonials suggesting cannabis helped treat people’s cancer or even rid them of the disease, but as far as Canada’s leading researchers are concerned, such stories are just that: stories.

“Most of that is anecdotal,” said Shawn Chirrey, senior manager of analysis with the Canadian Cancer Society. “I don’t want to dismiss people’s experiences. We just want the research to be there so we can give a clear answer and say whether there’s a real benefit or not.”

There have yet to be substantive clinical trials suggesting cannabis has therapeutic capabilities, Chirrey says, which is why it’s not yet possible to make conclusive statements. Previous studies of the potential harms and benefits of the substance haven’t consistently accounted for THC content, usage frequency, or method of intake, among other variables, which Chirrey thinks will change post-legalization.

Meanwhile, research into the palliative benefits of cannabis—including boosting patients’ appetites while undergoing chemotherapy, or limiting nausea, vomiting and pain—has been inconclusive, although some researchers see promise. “Typically, we need replication of results and clinical trials so we can—pardon the pun—weed out what is a real benefit of the substance versus a placebo,” Chirrey adds.

Dr. Parveen Bhatti, a senior scientist and the scientific director of cancer prevention at the B.C. Cancer Research Centre, says there have been studies suggesting high dosages of cannabinoids in mice and rats may have a protective effect against some types of tumours, but there have not been trials in humans yet. “That would be essential before we can say whether [cannabinoids] can reduce or cure cancer in patients,” Bhatti said. “There is no evidence yet that marijuana or its components are effective in treating cancer.”

As for cannabis causing cancer, Chirrey said smoking the substance comes with a risk of lung cancer and oral cancers, as cannabis smoke contains many of the same cancer-causing chemicals as tobacco. People typically hold cannabis smoke in their lungs for longer, which could theoretically pose added risk. Some research suggests those who use cannabis frequently had a higher risk of developing testicular cancer as well. However, because a majority of cannabis smokers also smoke tobacco, it’s difficult to determine which substance, if not both, is more directly associated with lung cancer, both Chirrey and Bhatti say.

“Currently, we recommend if you’re looking to use cannabis as a cancer patient you have that conversation with your health care provider to help make that decision,” Chirrey says.