Can the fugitives survive the Manitoba wilderness? Ask these German tourists. 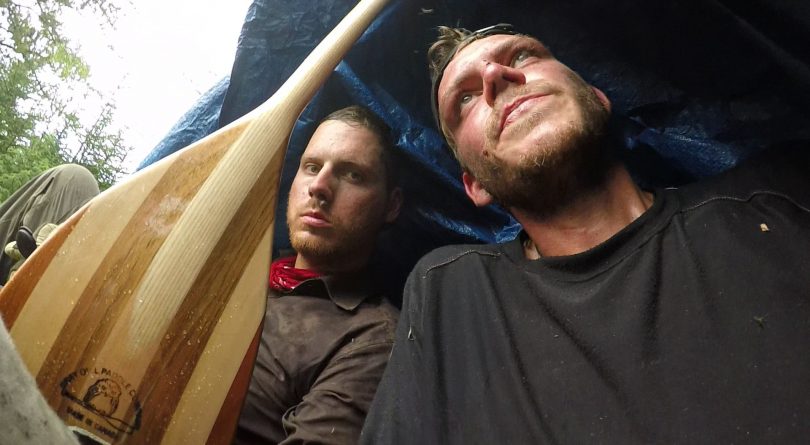 A selfie of Hönstch, right, and Wagner taking shelter in the middle of their trek out of the northern Manitoba wilderness (Photo: John Höntsch and Wolf Wagner)

It’s been a full week and a half since the Toyota Rav 4 driven by B.C. murder suspects Bryer Schmegelsky and Kam McLeod was found burning outside the northern Manitoba town of Gillam.

An exhaustive search by RCMP in the nearby wilderness turned up nothing concrete as to the whereabouts of the fugitives, leaving an entire country to wonder if the young men are still in Manitoba, that is: if it’s possible the duo could survive this long in the boggy terrain outside Gillam without being heard from.

Few Canadians know what that would entail well as a couple of German tourists who learned more about the landscape than they ever intended. Two years ago this week, John Höntsch and Wolf Wagner were travelling by water 120 km south of Gillam when a crash in the Nunatonowago Rapids, along the Hayes River, left their canoe unusable. With no means to contact the outside world, the duo opted to leave a note by their canoe and head north on foot through the wilderness towards Gillam.

“We calculated it might take four or five days to travel the 120 kilometres—thinking we could travel 30 kilometres a day,” Höntsch says, over the phone from Dresden, Germany. “On this terrain, you can’t make this distance.”

Their plan was to stop and take a break every 30 minutes for a short rest and some water. After the first half-hour of walking, they were disappointed to find they’d only gone 500 metres. “When you’re walking on the street, you have solid ground and when you push off, everything is fine,” Höntsch explains. “But here, the ground was so soft that you’re sinking in. This took a lot out of you. It takes more energy to lift your feet up and down then it does to move them forward.” 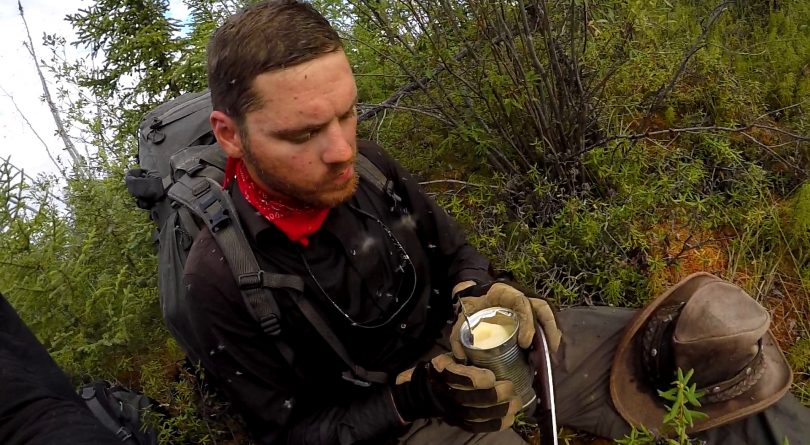 Wagner eating canned fruit for breakfast, with insects all over his head and clothes (Photo: John Höntsch)

They had a compass and small GPS device to keep them on track. At the end of Day 1, they had covered less than six kilometres—as black flies and mosquitoes left their marks on their skin. “We were so exhausted after that first day,” he says.

Now with a longer trip than first anticipated, they had to ration the food they’d brought along. Breakfast and lunch consisted of two slices of bread with chocolate spread. Dinner was noodles with soup. There were a couple fruit bars for snacking, but not enough to maintain anything remotely close to a healthy diet. “We lost a lot of weight,” Höntsch says. The did, however, manage to drink one litre of water apiece every hour—which they’d find en route but boil every night before bed to keep it safe. They also had tablets to cleanse the water of bacteria. 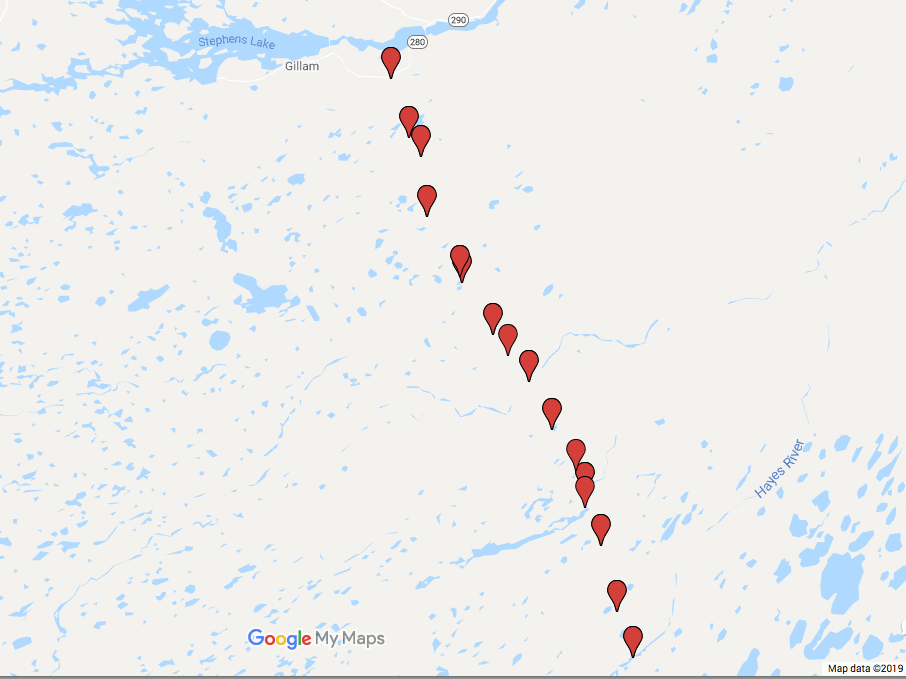 Day 3 of their travels Höntsch would later dub as “The Longest Day.” They started to hike at 7 a.m., but heavy rain forced them on two occasions to stop and pull out a tarp amid their 13-km planned route for the day. “You have no real means to protect yourself from the weather unless you have a cabin,” he says. And nowhere on route did they happen to come across any cabin.

RELATED: A mysterious sighting in the Manitoba manhunt—and then the trail goes cold

The pair photographed themselves along the way, chronicling the journey so they could describe it later in life—or so, if they died, whoever found them would know what happened.

One day, while wading through a lake, Wagner slipped and fell on his hip. Fortunately, it wasn’t serious. They pair instead struggled mostly to protect their feet. “Your feet are always wet, which adds to the exhaustion,” Höntsch says. “We lost feeling in our toes. My shoes were completely torn apart after 10 days.”

There was no time to enjoy the landscape; every bit of energy was needed to put one front in front of the other—which took its toll. During the day, the temperature soared above 30 C. At night, it could get down to single digits. 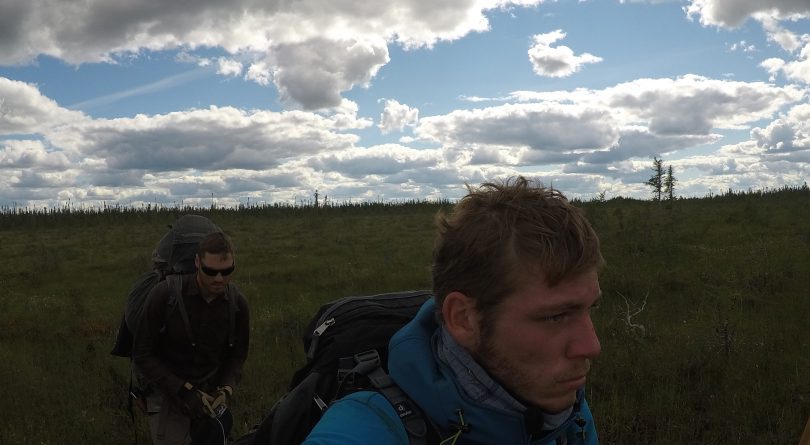 A selfie of the grim-faced men crossing the muskeg (Photo: John Höntsch and Wolf Wagner)

After a few days, Höntsch says the hardest part became staying focused and not losing sanity. “Both of us had moments when one of us would sit down and tell the other ‘I’m not going any further,’” he remembers. “We basically gave up on life. This happened. We had to motivate each other 20 or 30 times a day to keep going.”

Around Day 8, a helicopter flew overhead, but no amount of waving could help them get spotted. “The trees aren’t that high, but there’s a lot of bush,” Höntsch says. “We assumed the pilot wasn’t looking down.” With respect to the fugitives amid a mass manhunt, Höntsch says, “if you’re in the right place, it’s very easy to hide.”

On Day 10, with the last of their food gone, Höntsch and Wagner emerged from the wilderness to a road about 15 km from Gillam. They heard a car approaching and tried to signal to the driver to stop, but the car just sped right by. “This was really disappointing,” Höntsch says. It took until the fifth or sixth vehicle when a Manitoba Hydro worker named Aaron Schell pulled over and drove the Germans to a local hotel.

They’d been on foot in the wilderness nearly the same number of days that police have been searching for Schmegelsky and McLeod.

“Our situation is different from those boys’, because we were trying to reach civilization,” Höntsch says. “But I think [survival] strongly depends on what you’re willing to do, rather than what you’re capable of doing.”