The First World War was the deadliest conflict in Canadian history by far, representing a loss of life that can be difficult to comprehend 100 years later. In the process of compiling the names of 66,349 Canadian servicemen and women killed during the First World War so we could commemorate them with a cover in our Remembrance Day issue, we analyzed digital records that give a sense of the scale of the sacrifice. Analyzed collectively, these individual records tell the story of how the war unfolded, the Canadians who fought and died, and the places where they were finally laid to rest.

READ MORE: In their honour: Why we published more than 66,000 covers

How do Canada’s First World War casualties compare to other conflicts?

The Canadian Armed Forces’ combat mission in Afghanistan from 2002 to 2011 claimed the lives of 158 members, the largest death toll of a Canadian military mission since the Korean war of the ’50s. But those 158 deaths comprise a tiny fraction of the lives lost during the First World War. 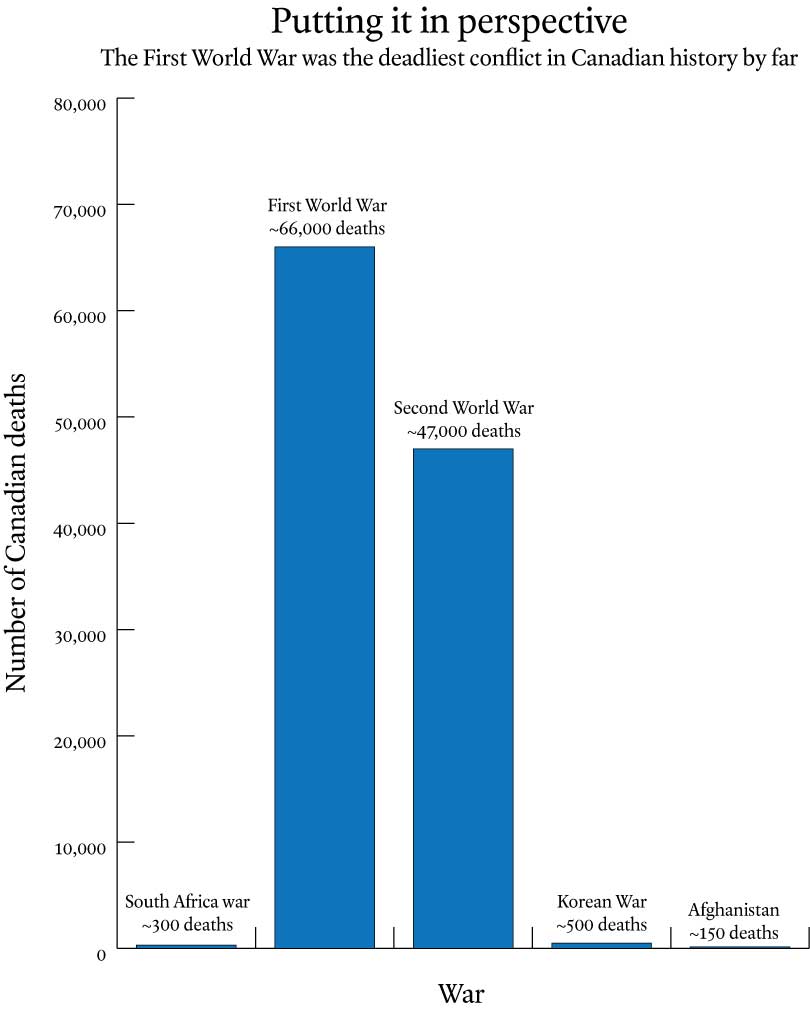 All but a handful of the records include dates of death. Grouped by month, they show spikes corresponding with the Great War’s major battles. The deadliest month for Canadian forces was April 1917, when they fought the Battle of Vimy Ridge. Almost 5,100 Canadians died that month. 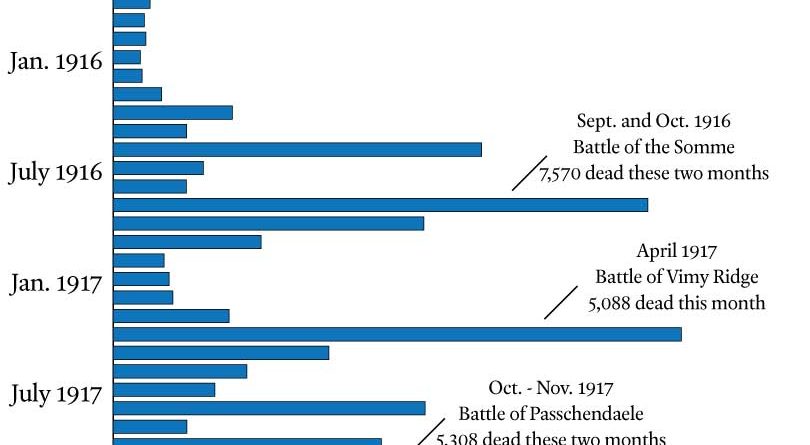 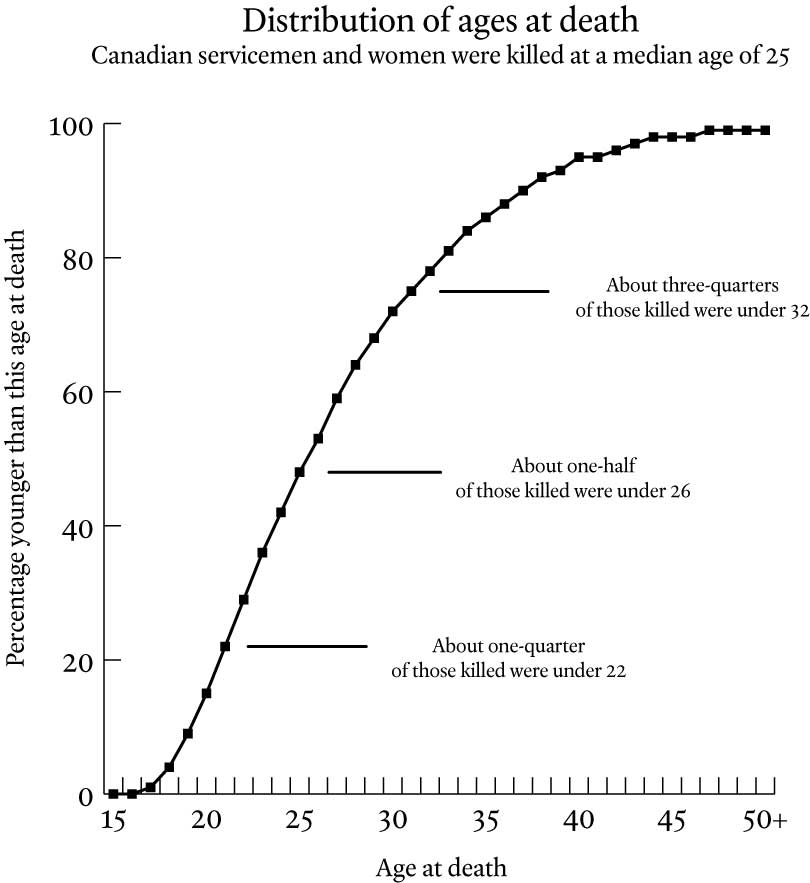 Where are Canada’s war dead buried?

On the map below, hold the shift key and click and drag (or hard-tap and drag on mobile) to navigate Canadian burial locations. Darker blue circles represent cemeteries with more than 100 Canadians who served in the First World War.

–with files from Nick Taylor-Vaisey

To make these charts, compile names for the covers and populate our searchable online database, we merged data from three different sources. The first dataset comes from Veterans Affairs Canada’s Canadian Virtual War Memorial, which we used as the official source of the names that appear on our covers. The Canadian Virtual War Memorial records include first and last names, ranks, dates of death and units.

We merged those records with a 65,000-row dataset from the Commonwealth War Graves Commission, which provides more detail. This dataset includes information about the families and burial sites of Canadian First World War dead. We merged the CWGC dataset with the Veterans Affairs data on a common ID column. In cases where name spellings or ranks did not match between the two datasets, we used the information provided by Veterans Affairs.

Finally, we merged those two sets of data with a third—a collection of digital images of the service papers the men and women signed in order to enlist. In this case, there was no common ID column to merge, so we considered the records a match if the surname and regimental number were the same. It is possible there are some incorrect matches in cases where more than one person with the same last name shared a regimental number. To look up digital images of service papers for someone named on a Maclean’s cover or a relative, search that person’s name in our database.