Could Canada be 'flattening the curve' of coronavirus cases?

A relatively slow rate of spreading, and a capacity for more testing suggest Canada may be on the right track to avoid a U.S.-like surge 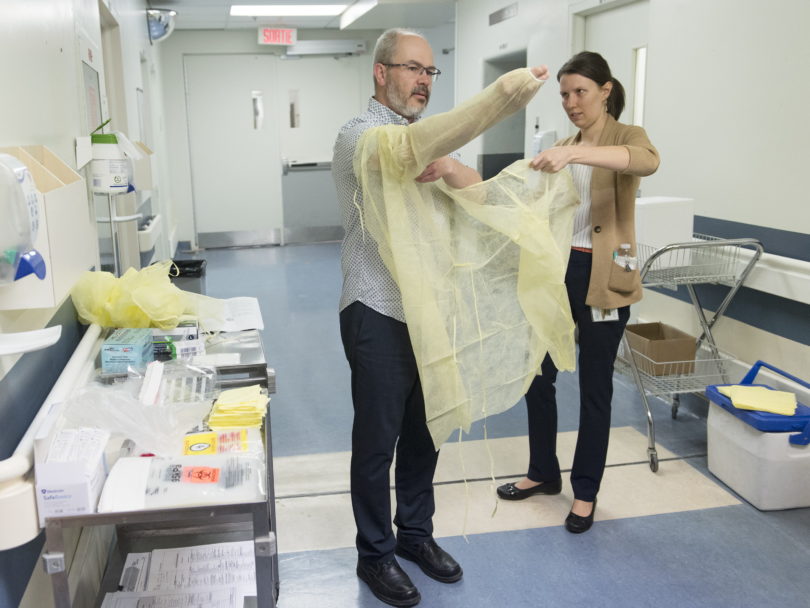 Health workers demonstrate how to put on protective clothing during a tour of a COVID-19 evaluation clinic in Montreal on March 10, 2020 (Graham Hughes/CP)

We’re washing our hands and hoarding toilet paper. Cruise ship passengers are being quarantined. The Prime Minister just announced a $1-billion response fund. And Air Canada cancelled all its flights to Italy.

Canada is clearly scrambling to get ahead of the coronavirus pandemic as we watch events unfold in China, Iran and Italy. But are we scrambling enough?

One way to gauge the situation in Canada relative to other countries is to consider the trajectory of the outbreak. Based on the most up-to-date data from the Johns Hopkins Coronavirus Resource Center, it looks promising.

If you compare the number of days it has taken countries to go from 50 confirmed cases to 2,000, Canada appears to be doing very well, with the virus spreading at a relatively slow rate.

Compared to South Korea, France, Germany, Iran and Italy, the number of confirmed cases in Canada has not taken off as quickly or as explosively.

We appear to be tracking along a similar trajectory to both Japan and the United States. Which could be either very good or very bad news.

If we follow Japan’s path, then we may succeed at “flattening the curve,” which means while we won’t necessarily reduce the total number of Canadians who are ultimately infected, we do slow down the rate of infection and spread those cases out over a longer period of time. This would prevent our hospitals being overwhelmed if everyone got sick almost at once.

But, we could also be following the United States’ trajectory, which stayed flat for several weeks before shooting straight up over the last couple of days. It is quite possible, however, this is due to their apparently bungled roll out of testing.

In spite of promises by the Trump Administration that a million test kits would be shipped over the weekend, according to CDC data only about 8,500 tests have been conducted so far. That works out to approximately 26 tests per million people.

By comparison, Canada has already reached 220 tests per million people. This is well ahead of the U.S. and somewhat better than Japan. But it is still a long ways behind countries like South Korea or Italy. This may be because fewer Canadians are exhibiting symptoms and we have not yet reached our capacity for testing—meaning that our ability to conduct tests currently outstrips the demand.

Of course, these numbers are extremely preliminary. The outbreak has only just begun in Canada and its ultimate trajectory cannot be predicted with confidence at this stage. Nonetheless, so far, so good.

Note: These numbers are continually updated at their source, and we will update these charts when new data is available.