Why Canada needs the monarchy (even if it’s these two) 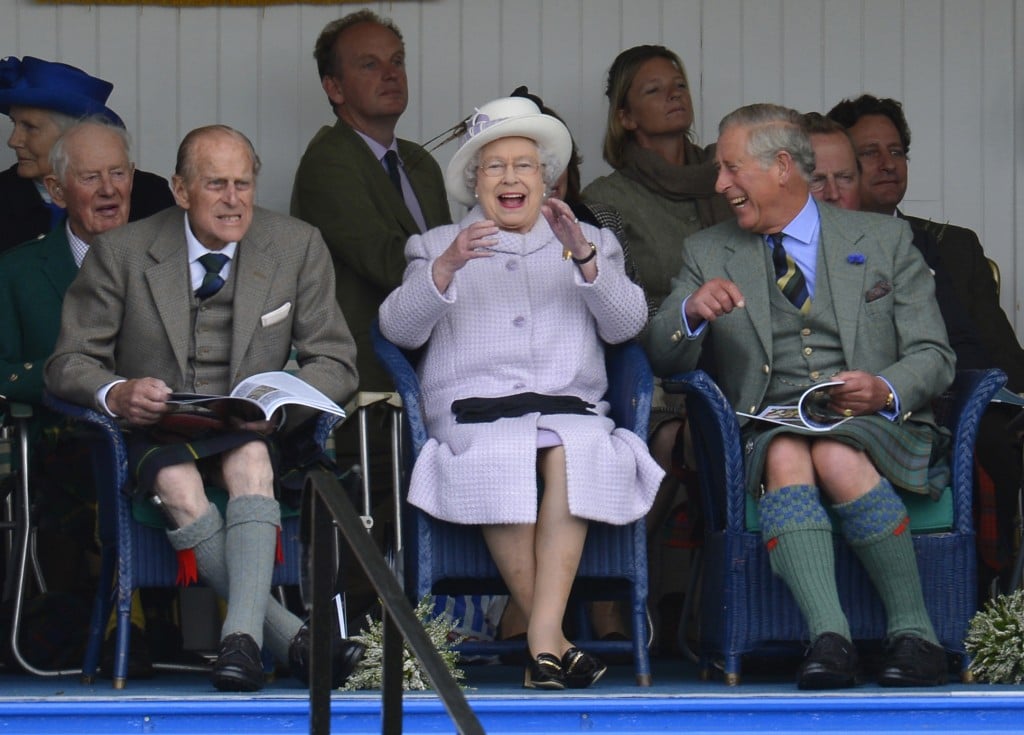 On May 18, 2014 Prince Charles and his wife Camilla, the Duchess of Cornwall, kick off their second Canadian tour since 2012 in Halifax. This piece on how the Crown is woven into every line of our constitutional order was originally published in 2009.

In 1963, the historian W. L. Morton published a splendid one-volume history of Canada. The title still has the power to thrill, and to shock: The Kingdom of Canada.

At the back there is a list of all the kings and queens “sovereign over Canada.” There are 18 of them, nine French and nine English, from Francis I, who ruled at the time of Jacques Cartier’s first landing in 1534, all the way to Elizabeth II. Prince Charles will one day be the 19th King of Canada, and Prince William the 20th.

So you see, we are not, as some imagine, a young country. We are an ancient kingdom, with a history of continuous monarchical rule stretching back nearly five centuries. For 20 generations it has endured, each king ascending on the death of the last—the Conquest is the sole discontinuity—much as 20 generations of Canadians have built upon their parents’ legacy.

The latter view is on parade again, in all its preening, modish finery, as it is on the occasion of any royal visit. It is a kind of custom, a ritual show of disloyalty as hoary in its way as any gathering of the Daughters of the Empire. Scarcely have the Queen or Prince Charles set foot on Canadian soil before they are greeted with a 21-gun salute of newspaper columns complaining at the outmodedness of it all. Here we are in the 21st century, and still a monarchy?

Well, yes. And while we’re at it, isn’t democracy getting a little long in the tooth as well? How long has it been, 2,000 years? And that system of English common law, whew, isn’t it time we replaced the liner on that?

It’s pointless to debate, in a way, since the monarchy isn’t going anywhere. It isn’t only that the position of the Queen is embedded in the Constitution, irrevocably—or the next thing to it, given the requirement of provincial unanimity. It is that the Crown, as an institution, is woven into every line of our constitutional order. It isn’t just some little old lady in London or a middle-aged gent who talks to plants. It is, as the political scientist David Smith has observed, “the organizing principle of Canadian government,” whose “pervasive influence . . . reaches into every area of government activity in all jurisdictions.” The Crown principle is at the root of all executive power. It is the foundation stone of our system of laws (the “Queen on the Bench”), our courts and legislatures: the “Queen in Parliament,” embodying the Crown, Commons and Senate. It is the common fount of federal and provincial sovereignties. It is the basis of our system of land tenure, of the Indian treaties, of an impartial civil service, with a whole body of precedent attached to it and underpinned by several centuries of political thinking. To do away with the Crown, to replace it with a republic, would require nothing less than a revolution.

The Queen is the personification of that system of laws and government, indeed of the state itself. The idea is rich in symbolism. In other systems, the State is an abstraction. In ours, it is represented by a human being: a reminder that, as much as ours is a system of “laws not men,” it is all the same concerned with actual flesh-and-blood persons, whose welfare may not be sacrificed to any principle, however exalted. The Queen’s powers being constitutional and circumscribed, not arbitrary and absolute, serves further as a reminder of the hard-fought victory of parliamentary democracy, a struggle won not, in the main, by violent revolution but by gradual reform.

At the same time, as the permanent embodiment of popular sovereignty, the Queen humbles the pretensions of democratic politicians, in possession of their temporary majorities. As it has been said, when the prime minister bows before the Queen, he bows before us. That’s of more than symbolic value. In moments of crisis, as during the power struggle of the last year, when it is unclear who holds the democratic mandate, the Queen (or in this case her representative in Canada, the governor general) plays a vital role as constitutional arbiter, her powers and legitimacy serving as a bulwark against abuses or usurpations.

And yet, for all that, the Crown is in trouble in Canada. Impregnable as its position may be in law, manifold as its virtues may be in principle, it has all but ceased to command the loyalty and affection of the people—one of its primary functions, after all, and the basis of its legitimacy in the long run. The abolitionists at least pay it the compliment of thinking it matters, most comically in the case of those fanatical nationalists in Quebec who see the Crown as the source of all their woes. For the rest of us, the monarchy inspires little more than a puzzled smile at best, as the tepid response to Charles and Camilla’s tour suggests, and as poll after poll confirms.

This is hardly accidental. It has been the deliberate policy of successive federal governments of both stripes, who have done their best to belittle and diminish the monarchy—“like the urchin,” in the journalist Peter Brimelow’s immortal phrase, “secretly urinating on some shrub in the hope that it will die.” The Queen’s recent honouring of Jean Chrétien was more than a little ironic in this regard, given that the most Chrétien ever offered in the way of a public show of allegiance was the bland observation that, well, you know, it was the system we have. In most countries loyalty to the head of state—that is, to the existing constitutional order—is the first duty of citizens. Here it is a kind of rebellion, the obsession of a radical fringe group dismissively referred to as “monarchists.”

But it is not only that. If we are honest, even we monarchists must acknowledge that there is something flawed in the institution itself. If the Queen, her heirs and successors have all but disappeared from Canadian public consciousness, it may be because they are hardly ever here. Once, when Canadians felt themselves an integral part of the British Empire, it might have been possible for the Queen to remain in her present position of absentee landlord. Not so today. We can remind people all we like that she is legally Queen of Canada, not Queen of England-thus-of-Canada, but they won’t feel it. And the more that modernizers like Charles attempt to make the monarchy more relevant, by diving into issues of everyday life in Britain, the more remote he will seem to Canadians.

The problem is not the monarchy, as such. It is its delegated status. There’s an outdated colonial relic in our constitutional firmament, but it isn’t the monarchy. It’s the Governor General. If the monarchy is to be a lived reality in Canada and not merely a constitutional principle, if it is to fulfill its traditional role as a focus of allegiance—symbol, as the poet Ted Hughes has said, of the “spiritual unity of the tribe”—it can no longer fob us off with former speech writers and mid-level CBC journalists, the stuff of recent governor general appointments. We need the real thing.

At one point, years ago, it was suggested that Prince Andrew should take it upon himself to cross the pond and start a new wing of the dynasty. It’s probably getting a little late for him. But . . . well, what about Prince Harry? We know the role that William will play, once his grandmother and father have passed on, in which service he is already being trained. But Harry is looking forward to a lifetime of feckless indulgence. Doubtless that has its charms, but if he’d like to perform some more useful role, reviving the monarchy in its largest dominion would be a good life’s work.

Imagine not just a King of Canada, but a Canadian King: living here, raising a family here, his children speaking in Canadian accents, in both official languages. Perhaps Harry will take some convincing, giving up London for Ottawa. But if he cares about the remarkable institution into which he was born, he should be prevailed upon to take one for the team.

FILED UNDER: charles and camilla David Smith Queen in Parliament The Crown The Kingdom of Canada W. L. Morton