'I’m just writing what I know'

Fefe Dobson made "demo tapes" on a karaoke machine

Many will remember Fefe Dobson as the punky, fresh-faced teen who, in the mid-2000s, sang “Bye-Bye Boyfriend” to a controlling pretty boy. What they may not recall, or even be aware of, is the Toronto-born singer’s decision, at age 15, to turn down the chance to become a pop princess—a move that now looks increasingly shrewd as yesterday’s pop royalty become today’s tabloid fodder.

Fefe studied music and acting at a suburban Toronto high school. Desperate to escape a difficult home life and schoolyard teasing about her hand-me-down clothes and mixed-race background, she recorded 15 “demo tapes” on a karaoke machine and mailed them to record labels. The clunky recording device was a Christmas gift from her single mother, who saved for it by cooking Fefe and her siblings Kraft Dinner for weeks. “They were covers of whatever I could sing over top of—Paula Abdul, Janet Jackson and Céline Dion,” Fefe says. As fate would have it, one of the tapes caught the ear of a scout, and soon Fefe was in the studio trying to nail down a sound of her own. But the direction didn’t feel right. Fefe wanted heavy guitars and pounding drums—like those on her sister’s Nirvana and Guns N’ Roses CDs, which, like her mom’s Donna Summers, Bee Gees and Michael Jackson records, served as early musical inspirations. But the label, home to Britney Spears, wasn’t interested in rock ’n’ roll. Executives wanted pop or R&B that they could sell.

FROM THE ARCHIVES: In 1985, Maclean’s forecasts a daring future for North American auto makers

Fefe balked. “It’s the difference between being an artist or a performer,” she explains. “A performer is given a route and they just take it. But I’ve always tried to be as genuine to myself as possible, musically.” Many thought Fefe was nuts, of course. “My own mother was very confused,” she says. Fortunately, she had already met two musicians who helped her write songs that led to another record deal. Her self-titled debut album, situated firmly in the pop-rock genre, hit store shelves in 2003.

The success of Fefe Dobson was a vindication, going platinum in Canada and earning Fefe two Juno nominations. But unlike, say, Napanee, Ont., native Avril Lavigne, Fefe never managed to make the leap to overnight stardom. After a long period of reflection and self-doubt, Fefe re-emerged in 2008, resigned by her original label—which is rare in the business—and saw some of her unreleased tracks covered by Jordin Sparks and Selena Gomez. 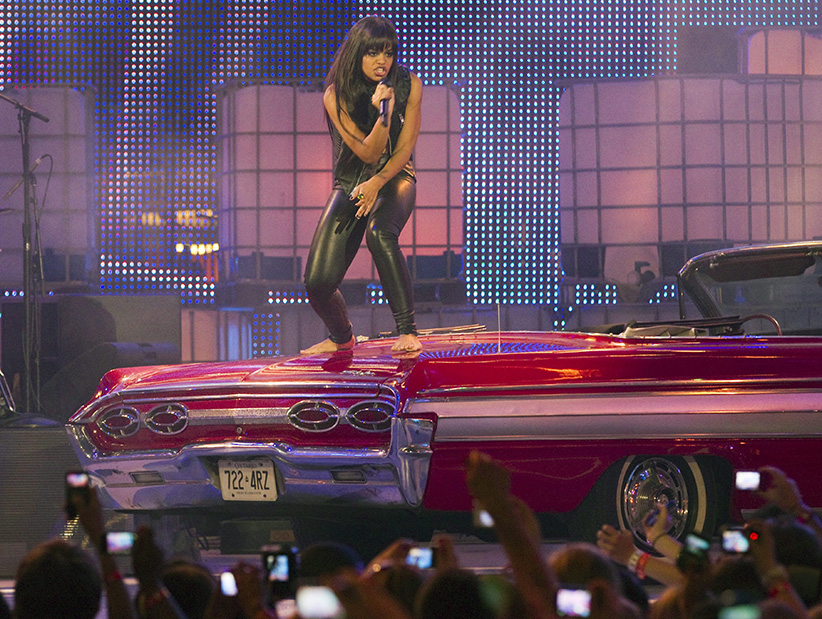 Now just “Fefe,” she recently wrapped up a Canadian tour during which she played songs from her forthcoming album—songs that, for the first time, she wrote by herself, sitting alone at her piano or strumming her Martin guitar. “I’m only making music now that I would listen to,” she says. “There’s no influences saying, ‘This has to be a hit, or this is where the pop world is, or this is what’s going to work on radio.’ Not that I don’t want success. I do. But now I’m just writing what I know.”

With her radio-friendly contemporaries fading out, it’s refreshing to see Fefe stay true to herself by still cranking up the volume. — Chris Sorensen